HEALTHY PETS: The Unlikely Bond Between Two Whale Species
30 June 2022
Story at-a-glance Currently, a narwhal whale is living happily with a pod of belugas in Canada's St. Lawrence River — a rather remarkable development The narwhal has been with the pod for at least six years and is thought to be about 12 years old and...
Read More MAGNIFICENT MERCOLA: EFT Is an Effective Tool for Anxiety
27 June 2022
STORY AT-A-GLANCE Chronic anxiety, like stress, is very damaging to your mental and physical health, temporarily shutting down your immune systemLong-term anxiety raises your risk for depression, hypertension, hormone imbalance, cancer, and many othe...
Read More HEALTHY PETS: How Your Dog Knows It's Really You
08 June 2022
Story at-a-glance A newly published study by the dog-loving researchers at Eötvös Loránd University (ELTE), Hungary shows that dogs can recognize their humans by voice alone To validate their findings, the researchers tested the dogs to ensure they w...
Read More HEALTHY PETS: Valley Fever, Do You Have it in Your Area?

My oldest son, David once had a dog named Sasha. She was a Chow mix and a really good dog. She developed Valley Fever (we lived in Tucson, Arizona at that time).

A lot of dogs in Arizona develop Valley Fever and many of them die. It is well known among pet owners that once an animal contracts Valley Fever they have to fight to survive. Most also know that the medications prescribed by veterinarians to treat it are very hard on the animal and many times will only prolong the dog's life for a couple of years. By the way, people get valley fever too!

Long story short: When Sasha was diagnosed with Valley Fever, we didn't have the funds for the veterinarian protocol and I was keeping Sasha at the time. I went to a local natural pet food store and bought really good food, and an anti-fungal herbal medication called Azmira, and some vitamin C. The protocol I instituted was the anti-fungal 3 times per day mixed in wet food, along with raw garlic and powdered vitamin C. I did this until the anti-fungal herbal supplement was gone and Sasha recovered. She lived more than 10 years after that!

I have included an article from Mercola Pets below as well as a video from Dogs Naturally Magazine and a link to an article on their website as well.

Recently, a local newspaper in Arizona alerted dog owners that the end of monsoon season was bringing an increase in cases of valley fever in dogs all over the Greater Phoenix area.1

The scientific name for valley fever is coccidioidomycosis, which is an infection caused by the Coccidioides immitis fungus. It's a relatively uncommon but potentially deadly disease that occurs in dry, hot climates in the western and southwestern U.S., especially Southern California, Arizona, southwest Texas, New Mexico, Nevada and Utah, as well as in Central and South America.

Coccidioidomycosis is also known as California fever, desert fever and most commonly, valley fever. The condition can affect many types of mammals, including humans. It occurs more often in dogs than cats. The condition is not zoonotic, meaning it can't be passed from animal to human or human to animal.

The Coccidioides immitis fungus is found in upper layers of soil, but several inches deep where it can withstand high temperatures and lack of moisture. The fungus works its way to the surface after a rainy period or soil disturbance of some kind.

Once on the soil's surface, the fungus forms spores that are spread by wind and dust storms. Arizona's summer monsoons and haboobs (violent dust storms) create an ideal environment for the fungus to thrive and spread, which means most dogs in the state have been exposed.

Dogs acquire coccidioidomycosis from inhaling the soil-borne fungus, and those who are susceptible to the infection can become ill from as few as 10 fungal spores. In Arizona, estimates are that about 70 percent of dogs successfully fight off the infection. Unfortunately, the remaining 30 percent go on to acquire the disease and require long-term treatment with antifungal medications.

The infection starts in the respiratory tract and then frequently spreads to other body systems. In the lungs, the spores are round globules that exist as parasites until they grow big enough to break open, releasing hundreds of endospores that travel to other tissues, and continue the process of growing, rupturing and spreading throughout the body.

If the endospores get into the lymphatic and circulatory systems, they create a systemic infection. Coccidioidomycosis sets in from one to three weeks after exposure. Dogs who are outdoors a great deal are at highest risk — especially dogs with lots of space to roam. Large dogs seem more at risk, perhaps because they tend to spend more time outdoors than smaller dogs.

Symptoms to Watch For

Dogs whose immune systems are able to fight off the infection often show no symptoms, especially younger dogs. When symptoms are present, they can include:

Inflammation of the cornea or iris of the eye

It's not unusual for valley fever to spread throughout the body, affecting bones and joints, eyes, skin, liver, kidneys, central nervous system, cardiovascular system and reproductive organs (specifically the testes).

Cats usually don't exhibit the same symptoms as dogs do, and frequently show no symptoms at all until the infection has spread significantly. In cats, the deeper layers of skin tissue are more often affected, so symptoms like masses, abscesses and lesions with draining are more common in kitties.

As with any disease, early detection offers the best outcome for dogs with valley fever, so if you live where the infection is prevalent and your pet is showing possible symptoms, it's crucial that you get her to your veterinarian as soon as possible. Your vet will perform a careful physical exam and order a complete blood count, chemical blood profile and urinalysis. You'll need to provide a history of your dog's health and symptoms, including possible opportunities for exposure to the fungus.

Treatment of valley fever depends on the extent of the infection and clinical symptoms. If the condition is widespread, traditional treatment involves aggressive antifungal therapy for up to a year. Other drugs, including cough suppressants, may also be prescribed to treat individual symptoms.

In dogs who aren't responding well to drug therapy, a drug level measurement test can be performed to determine how well the medication is being absorbed.

The University of Arizona's Valley Fever Center for Excellence (VFCE) estimates valley fever infections cost Arizona dog owners $60 million per year in treatment expenses.2 The cost of the most commonly prescribed antifungal, fluconazole, is about $50 a month for smaller dogs, and can be in excess of $150 for large dogs. In addition, the necessary blood tests average around $200.

Affected dogs should be fed a high-quality, nutritionally balanced, species-appropriate diet to help maintain body weight. Activity should be restricted until symptoms begin to subside, and antibodies should be monitored every three to four months until they return to a normal level.

Unfortunately, valley fever is one of the more dangerous fungal diseases, and the prognosis for most dogs is guarded. While many improve following a course of antifungal drug therapy, relapse is common.

Valley fever endemic areas are some of the fastest growing regions in the U.S., which means more pets (and humans) are being exposed to the fungus. If you live in one of those areas, there's really no foolproof way to prevent infection in your dog. To reduce the likelihood of exposure to the fungus, the VFCE recommends:

It's not useful to try to treat the soil because the fungus is found in spotty areas rather than in multiple large locations, and can live up to 12 inches deep in the ground. Ground cover, such as grass, deep gravel or another dust-controlling cover can reduce dust, which is beneficial.

If you don't live in a region where the infection is prevalent, but you and your dog hunt or travel or spend time in endemic areas and he begins to show symptoms of infection, let your veterinarian know he may need to be tested for valley fever.

What Are Natural Treatments For Valley Fever In Dogs?

Here is the link to the article from Dogs Naturally Magazine.

If you know a pet that contracts Valley Fever and would like to try the protocol that I used, you can buy the Azmira from the Holistic Animal Care Shoppe Warehouse in Tucson, Arizona. You can reach them at 800-497-5665 M-F. 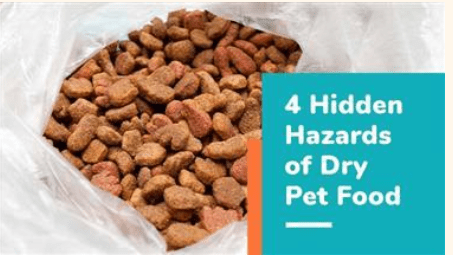