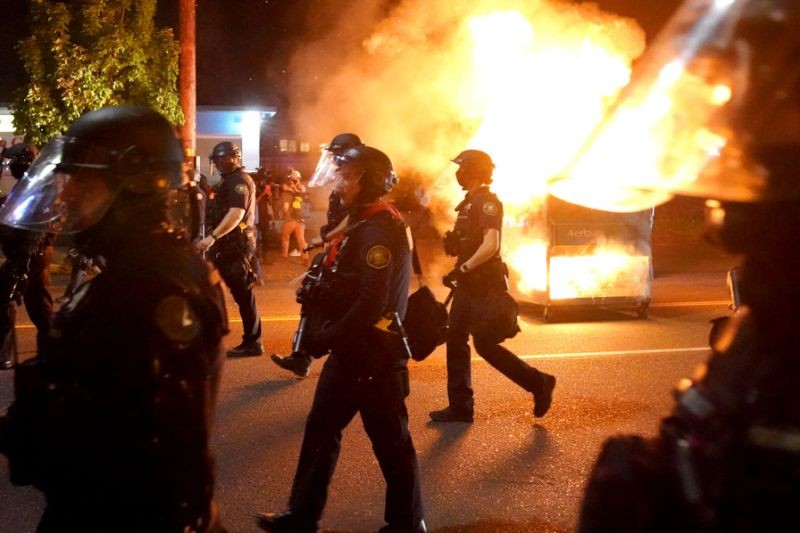 While the Biden Justice Department goes after, even people who simply attended the January 6th event at Capitol Hill that they are calling an insurrection, which by all accounts was mostly peaceful, violent BLM/ANTIFA rioters, some who even attacked federal officers, are being completely let off the hook. See story from the National Pulse below.

1 in 3 BLM/ANTIFA Rioters Are Having Their Cases Dismissed By Biden's Dept Of Justice.

" “KGW reviewed federal court records and found 31 of the 90 protest cases have been dismissed by the U.S. Department of Justice, including a mix of misdemeanor and felony charges,” a local news outlet revealed.

"More than half of the cases dropped were “dismissed with prejudice,” which means the case can’t be brought back to court, and at least 11 of the dismissals occurred on or after the inauguration of President Joe Biden."

From City Block Takeovers to Murder in the Streets, Portland IS a War Zone

Since the George Floyd incident took place May 25th, 2020 in Minneapolis, Minnesota, the unrest in Portland, fueled by BLM and Antifa, has escalated from scheduled 'peaceful demonstrations and protests', to violent riots, to a temporary takeover of a few city blocks, and now to murder in their streets.

From May 28th, when the civil unrest began in Portland, protests quickly turned to riots which then turned to the creation of CHAZ, (Capital Hill Autonomous Zone) mid-July 2020. Bearing arms and threatening attacks, violent agitator/rioters seized a few blocks of the city of Portland for a short while and called it their own as reported by Fox. The sympathetic Mayor Ted Wheeler was more concerned about the presence of federal officers who he wrongly claimed caused violence than the takeover and destruction of several city blocks of his own city.  The purpose for CHAZ was and is still unclear. It did fail miserably and was shut down but business has never returned to normal status due to lack of security and continued unrest. Many businesses are now either not reopening at all or leaving Portland for more peaceful and secure places to operate. 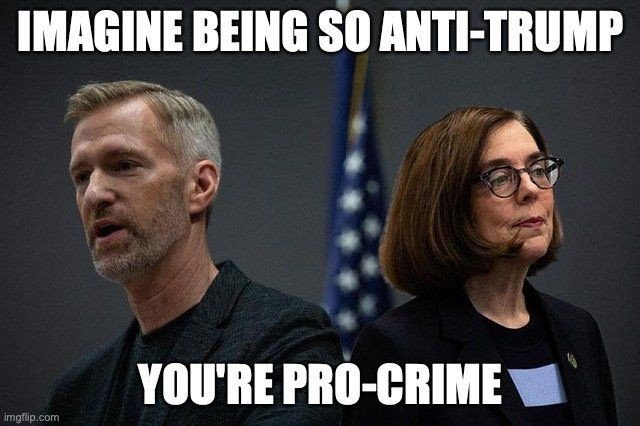 Portland: "The fish rots from the head"

"Not that there isn't plenty of blame to go around in the Oregonian metropolis, but the fish rots from the head; Wheeler is the head and the rot's been happening for a while."

"In short, he's deluded, desperate or both. He's abandoned his residents and is bragging about it on Twitter for anti-Trump points."