Lin Wood Sunday Wisdom: "Don't give up on God ... don't give up on Trump"
15 February 2021
Some of Lin Wood's best quotes are when he's just come out of a Sunday Service. Here he is on February 14, 2021, with some powerful words. Listen!...
Read More
Font size: + –
Subscribe to this blog post Unsubscribe
Print

I am not going to rehash the details of a sordid story of incest here as it may have occurred according to pages of a diary that belongs to Joe Biden's daughter, Ashley Biden.

I am not going to tell you how devastating it is to be a child of incest or a victim of any family related childhood sexual trauma.

I will not even tell you how awful it is as an adult, to have huge chunks of recall missing due to emotional fracturing, painful memories and the continual denial any incest afflicted person sits in.

I can however tell you that the hand written pages found in the article cited below are from a tortured soul.

The torture begins with the first act of betrayal by a parent. Any betrayal is horrific enough, but when it is in the form of 'pedo-lust' of the parent toward a child, it quickly becomes confused with parental love by the naive child.

Age does not matter in this context. Whether 3 or 13, a child fully trusts the ones who have given them shelter, food and clothing, who have basically given them life. We can say it's instinctive, we can say it's DNA, or say it's anything you are comfy with, but what we cannot say is that a child asks for inappropriate sexual advances. Children are not sexual beings, they are innocent, lovely, perfectly created human beings who love to love others.

There is no other way to describe what happens when the very ones we are brought up to trust, the ones who supply us with the essentials to survive, twist Godly Parental Love into a choking perverse act that causes self-disdain, self-derision and massive confusion for an innocent child. Any description is inadequate. The pain is too immense. The trauma too complete.

It is the adult who brings pedo-pervasive sexuality to the parent-child relationship. The child only reacts.

In a hard hitting article written for National File by Patrick Howley on Oct 24, 2020, titled : EXCLUSIVE SOURCE: Biden Daughter's Diary Details 'Not Appropriate' Showers with Joe as a Child it is noted that the diary and the writer have been authenticated.

"This diary surfaces after Hunter Biden, the son of the Democrat presidential candidate, Joe Biden, has been exposed as having "underage obsessions" and corrupt business dealings as evidenced by emails and images provided by the New York Post and former New York Mayor Rudy Giuliani."

"National File has obtained what a whistleblower has identified as a copy of the complete diary of Ashley Blazer Biden, the 39-year-old daughter of Democrat presidential candidate Joe Biden, dating from during the 2020 presidential campaign. National File also knows the reported precise location of the physical diary, and has been told by a whistleblower that there exists an audio recording of Ashley Biden admitting this is her diary."

"According to our source, the diary also details Ashley Biden's unhealthy relationship with sex, and the "probably not appropriate" showers she shared as a young girl with her father, Joe Biden."

After declaring she was "here for sexual trauma" in the previous entry, on page 23 of the diary, dated January 30, 2019, the author explores the topic of sexual abuse and how it may have led to her overactive sex drive. "I've had one of my hardest days – my sex drive is out of f**king control. Like literally, I am in heat," wrote the author.

"I know it's not the healthiest way to deal with things but @ least it's better than drugs," she wrote, adding that she thought she needed "sex to feel good." " 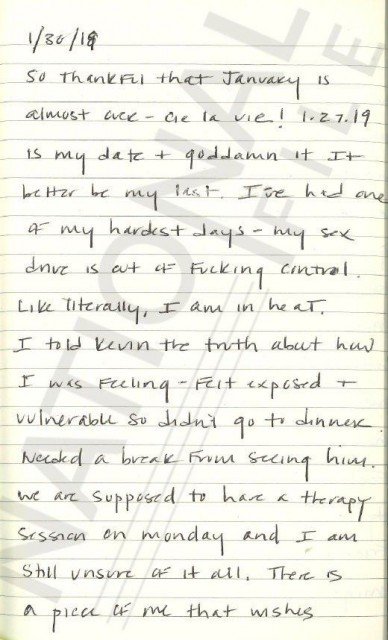 Not only does the author feel the need to have sex as a way to cope, she also believes it comes from being molested as well as "being somewhat sexualized' by family when she was a child.

"Was I molested. I think so – I can't remember specifics but I do remember trauma,"

She also goes on to admit she had "showers with my dad" that were "probably not appropriate." 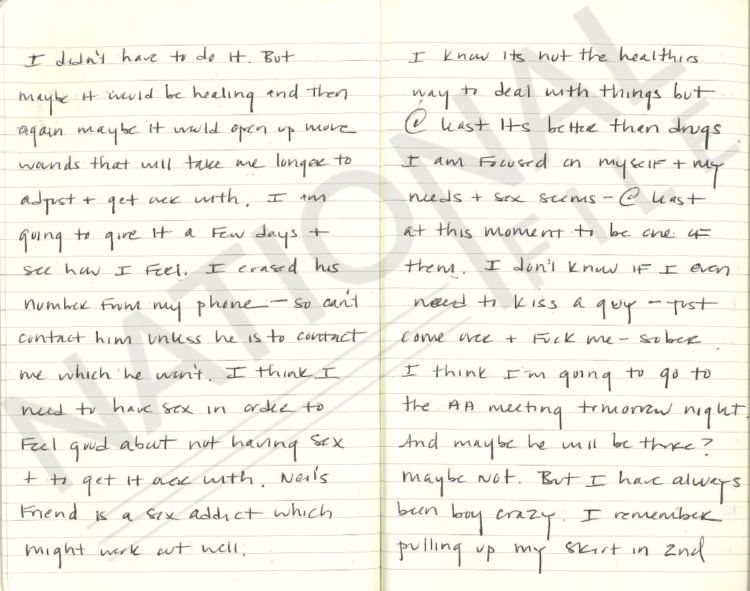 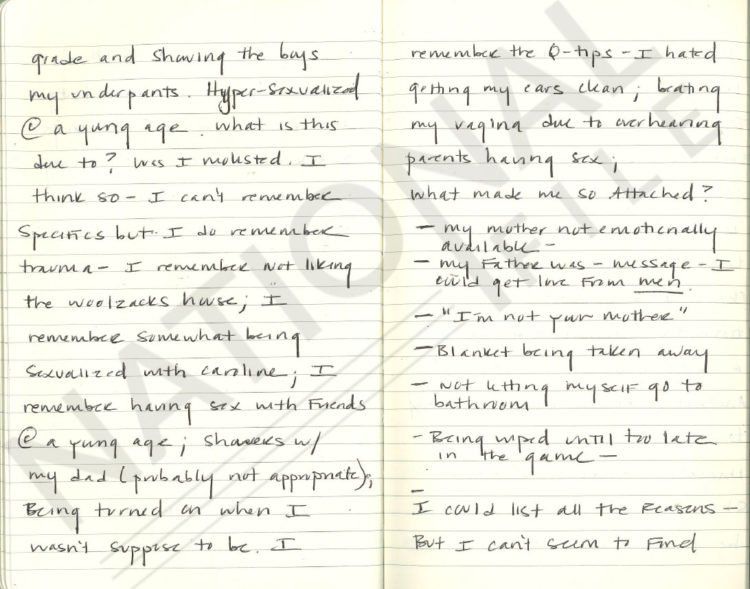 A few excerpts from the dairy pinpoint her feelings of shame and guilt and also point to her 'dad' directly.

"My dad cried on the phone saying he has the debate in a week and 'Now has to worry about you.' "

"And he cried. Maybe he knows what he is doing and it's worked but my feelings of guilt often are overwhelming." 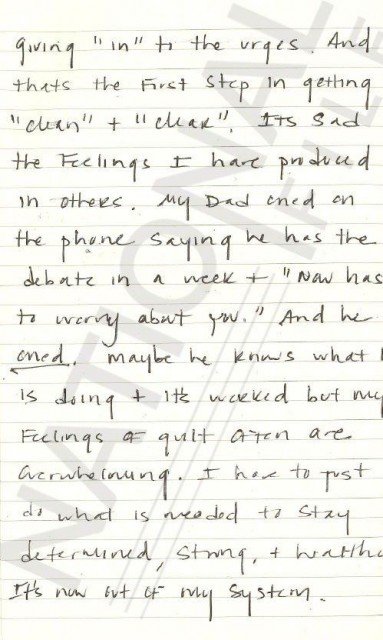 Then, as the diary closes, there are a couple of entries in which the author discloses her identity. 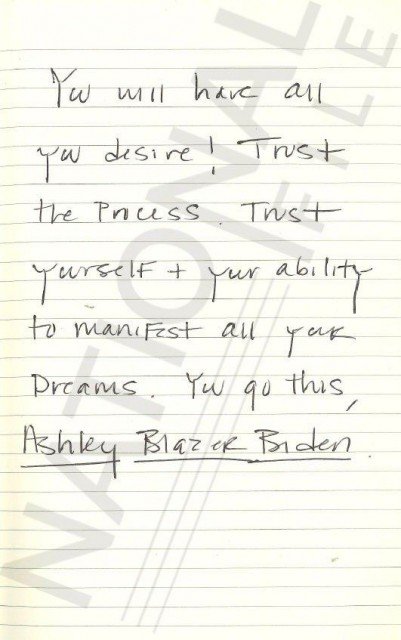 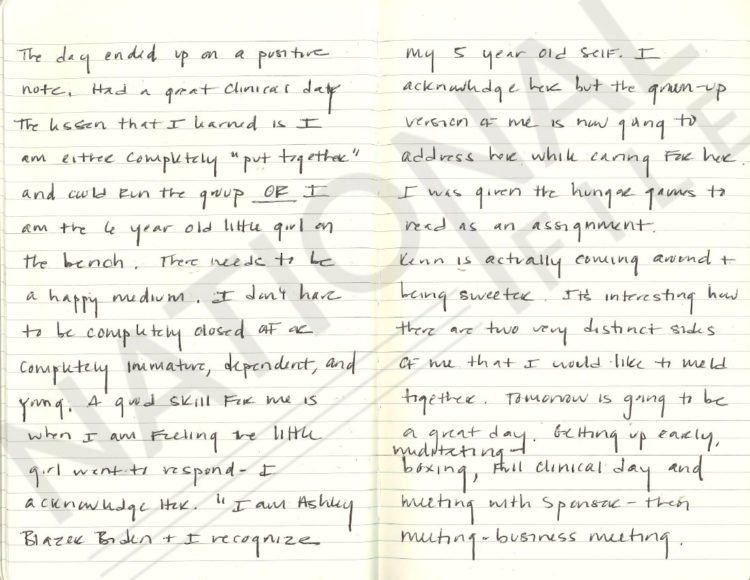 Interested in reading more about Ashley Biden and the rest of her diary?
Here ya go - Ashley Biden Part II is now published:

There is a disconnect that occurs when a child is abused. It may not happen at the moment of the abusive act, but it happens. In my first write up, 'Joe Biden's Daughter reveals: Was I Molested? I Believe So' we found Ashley Biden ...
https://rubyraymedia.com/index.php/top-stories/war-on-children-view-all-articles/joe-biden-s-daughter

I do not doubt that father Joe Biden was creepy to all his children. Just how creepy is becoming clearer daily.

As it is also becoming obvious Joe Biden's corruption is not limited to politics.

As we are witnessing with two of his children, his sinister business dealings are just one part of the story. And as for his inappropriate touchy-feely tendencies, there are plenty of public photos and videos to see there is a reason Creepy Joe got the nickname Creepy Joe Biden. 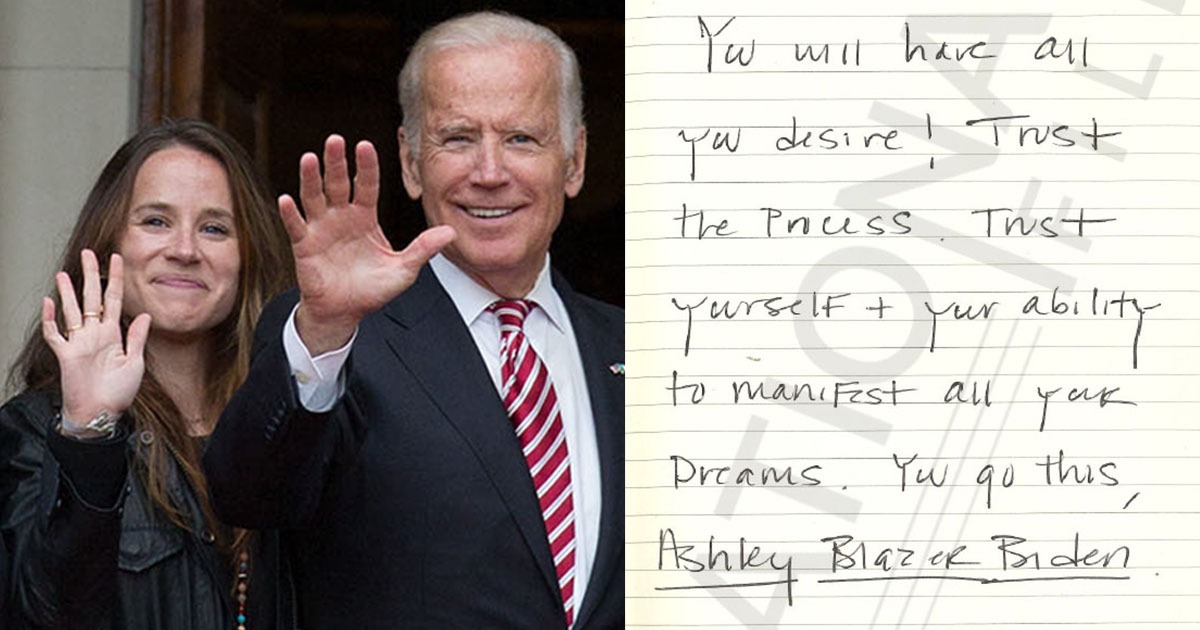 National File has obtained what a whistleblower has identified as a copy of the complete diary of Ashley Blazer Biden, the 39-year-old daughter of Democrat presidential candidate Joe Biden, dating from during the 2020 presidential campaign. National File also knows the reported precise location of the physical diary, and has been told by a whistleblower that there exists an audio recording of Ashley Biden admitting this is her diary.
https://nationalfile.com/exclusive-source-biden-daughters-diary-details-not-appropriate-showers-with-joe-as-child/ 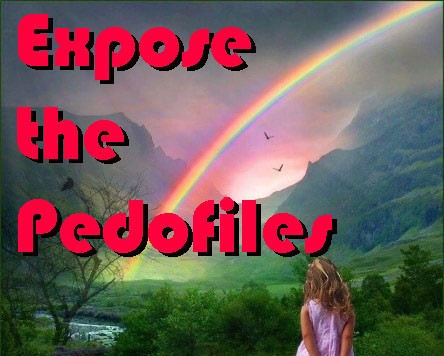 MyRR Arsenal: A mighty tide has begun, people are coming to RRM for many reasons, including a censorship-free safe haven for their content--and best of all, it's free! In addition to enjoying some of the best news and commentary on the internet, memb
https://rubyraymedia.com/index.php/top-stories-view-all-articles/host-your-content-where-it-can-t-be-censored
Tweet
How do you feel about this post?
4
0
0
0
0