Sep 21 Posted by Peggy Therese Napier in War on Children

On the surface it appears that this is a young man who is an up and coming star with his entire life ahead of him that made some very big mistakes. These mistakes will cost him his livelihood at the very least and likely much of his life in prison. The culprit; pornography.

According to the Chicago Tribune Harris harassed minor children to send him pornographic photos.

"The criminal charges appear to be related to a lawsuit filed in Texas this week by two teenagers who accused him of "sexual harassment, exploitation, manipulation, intimidation and sexual abuse." Harris has denied those allegations through a spokesperson."

The wider issue here is pornography itself, which according to experts who study the effects of pornography on the brains and emotions of people of all ages, behaves like a drug creating addiction. Young people are exposed to pornography in many cases without even looking for it, while browsing social media like you tube and snap chat. And according to the folks at Fight The New Drug,  sexual bullying has now become a pervasive problem in schools.

To illustrate the hypersexualization of children by the media, which really indicts adults, we recently did an article on Ruby Ray Media highlighting the Netflix movie "Cuties". The story focuses on 11 year old girls and exposes the way the media thinks or perhaps believes 11 year old girls normally behave in school and even outside of school settings with regards to fitting in and how sexuality plays a role. This however, hardly characterizes the real behavior of normally developing young girls and exposes the deeper problem of media involvement in that sexualization.

I do not believe that it can be overstated how damaging pornography is to people in general but especially children who are being exposed at younger and younger ages. But it is also quite clear that pornography plays a significant role in the even more disturbing and pervasive, world wide problem of human and child sex trafficking.

According to many, such as Clay Olsen co-founder of Fight the New Drug and Timothy Ballard, Founder of Operation Underground Railroad, pornography is used by traffickers to groom children and others for abuse and trafficking. These gentlemen came together at a conference called World Congress of Families in November of 2015 to talk to young people and their parents about the harmful ways in which pornography changes the brain and desensitizes the viewer, changing the way they view others and even causes sexual dysfunction. During this conference Olsen shared a video of a young man who had been exposed to pornography at the age of 10 years old and by they time he was 13 he had been arrested for sexual abuse. The man said, "It changed the way I viewed women…It just kind of ripped me apart."

From The Daily Universe: "Tim Ballard, founder and CEO of Operation Underground Railroad, focused primarily on sex trafficking and the sex trade of children globally. According to Ballard, two million children are currently forced into the commercial sex trade. "Why?" Ballard asked. "Because there are that many sick people addicted to this 'new drug.'"

In conclusion; what Jerry Harris did was wrong. It was illegal and he should pay for his crimes. There are no excuses for his behavior. However, it is vitally important that we wake up as parents, teachers and young people to the real dangers of pornography. It isn't harmless. It is extremely harmful. Children should be carefully watched by their parents. Cell phones, computers, gaming, these are all avenues into pornography and grooming. Parents should always have access to all of their children's electronic devices and children should not be allowed to password protect their devices in order to hide material from their parents. Once a young person enters the world of pornography, their lives are changed forever. 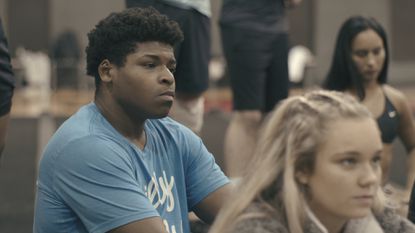 Now that we know the issue of normalized sexual harassment and bullying in schools, we can take the needed steps to fight back.
https://fightthenewdrug.org/porn-fuels-sexual-harassment/

World Congress of Families IX: Pornography and sex trafficking are the scourges of the Millennial generation - The Daily Universe

The acting is bad, the directing is bad, this movie is just really awful.&nbsp; But most importantly, it promotes the sexualization of eleven year old children. I'm sure pedophiles sitting at home with nothing to do but lust after children are enjoyi
https://rubyraymedia.com/index.php/war-on-children-view-all-articles/netflix-cuties-promotes-child-sexualization-cancelnetflix

MyRR Arsenal: A mighty tide has begun, people are&nbsp;coming to RRM for many reasons, including&nbsp;a censorship-free&nbsp;safe haven for their content--and best of all, it's free!&nbsp; In addition to enjoying some of the best news and commentary
https://rubyraymedia.com/index.php/top-stories-view-all-articles/host-your-content-where-it-can-t-be-censored
PRINT
Don't have an account yet? Register Now!