Amy Supreme - The Art of Trump
27 September 2020
"AS IT HAPPENS, I'M USED TO BEING IN A GROUP OF NINE: MY FAMILY!" T Got Rope-a-Dope? Ya, T Got Rope-a-Dope! If only 10% of [Democrat Party - Fake News - Deepstate - CCP] political ploys completely blew up in their faces the way they have si...
Read More U.S. Marshals Find 39 Missing Children During "Operation Not Forgotten" in Georgia
28 August 2020
"The message to missing children and their families is that we will never stop looking for you." Director of the Marshals Service Donald Washington. U.S. Marshals found 39 missing children, 26 of them classified as "rescued" according to their websit...
Read More NBC's Guthrie Pulls a Streisand
17 October 2020
October 21: Substantially more material added to this article. Media, Twitter and Facebook, lying/hiding more than ever, more transparently than ever: POTUS had to walk off the 60 Minutes set for their "FAKE and BIASED interview" and their&...
Read More
Font size: + –
Subscribe to this blog post Unsubscribe
Print
Featured

What Would I Know About Underground Tunnels

My early working life had me doing some quite extraordinary things. I initially grew from being a heavy machinery operator undertaking large civil engineering earth works on the new Australian Parliament House Canberra ACT in the mid 1980's – the largest Building and Construction project in Australia at that time. However I then became a Trade Union Activist who eventually took the most senior elected union position in my own union being the Construction Forestry Mining & Energy Union (Secretary) as well as the President of the peak trade union council in Canberra ACT being Trades Hall – or the Trades and Labor Council.

I knew big machinery, cranage, building and construction, and all of the follow up construction and fit out trades.

It was from this industrial trade union base that I eventually went on to work – after leaving the trade union movement - as the Director of Industrial Relations for a major Australian Construction company called Transfield. This company was originally owned by Franco Belgiorno Nettis and Carlos Salteri.

Transfield had made a huge reputation in Australia as being the premier infrastructure builder and contractor. The company had built the Sydney Harbor Tunnel (with French company Boynes) as well as the Sydney Airport Tunnel.

However, it was the Sydney Water Project, that I had the most connection too, being the Northside Storage Tunnel. This tunnel was 16 klm's long and the project lasted for 3 years. In essence, it was a huge sewerage overflow storage tunnel that was connected up to the Sewage Treatment Works at Nth Head - Manly (Sydney).

When cutting out a tunnel using these machines, it requires a lot of services to be fed into the tunnel to keep the project moving along. These include things like:-

A power source, usually electric cables that have to be fed into the tunnel on a gradual basis as the said machinery progresses further and further into the project; and

- A water source, that needs to be fed into the tunnel on the same basis as per above re: power; and

The other big construction consideration is that of removing the spoil that is cut from the face or wall of the tunnel as progress is made. This is usually done by way of a built in conveyor belt system or even by a rail system that has to be built into the tunnel and kept up to meet the tunneling machines. You simply cannot cut hundreds of cubic metres of tunnel spoil without being able to dispose of the said spoil 'above ground;

Standard TBMs typically dig one mile in 8-12 weeks, which is approximately 14x slower than a garden snail (depending on which snail, of course). Once a tunnel boring machine is below approximately two tunnel diameters, or 28 feet, the tunneling process is almost impossible to detect, especially in soft soil. The tunnel operation is inaudible, and there is typically more surface vibration felt from a pedestrian walking nearby than from the TBM operating 30+ feet below.

The billionaire entreperneur Elon Musk has in recent times turned his hand to executing big tunneling projects by using a new generation of an all electric tunneling machine called the Prufrock Machine. This new generation of tunneling equipment is much faster than those methods described above.

The all-electric digging machine does not need to have air vents for the emissions.

"The Prufrock Machine would only need a week to dig new exits from even China's 2000 meter deep nuclear shelter cave system.

Notwithstanding everything mentioned above, it is these registered patents that have really caught my eye. For these patented tunneling machines - although registered in the early 1970's - are light years above and beyond anything that I have ever witnessed. A machine and method for drilling bore holes and tunnels by melting in which a housing is provided for supporting a heat source and a heated end portion and in which the necessary melting heat is delivered to the walls of the end portion at a rate sufficient to melt rock and during operation of which the molten material may be disposed adjacent the boring zone in cracks in the rock and as a vitreous wall lining of the tunnel so formed. The heat source can be electrical or nuclear but for deep drilling is preferably a nuclear reactor.

The production of large tunnels such as are needed, for example, for subway systems in and between cities presents formidable tasks in excavating and removing the tunnel core and supporting the tunnel walls, particularly the roof, against collapse. Although progress has been made in increasing the rate of tunnel excavation by the use of large mechanical tunnel boring machines such as the MOLE, many problems are encountered in the use of such machines due to the extreme variations in earth through which the tunnel penetrates. For example, in abrasive hard rock the advance rate of the mechanical machine is slow because the cutting rate is low, and progress is impeded by the frequent need to replace the cutters, particularly the gage cutters. The down-time of the machine and the cost of the cutters significantly increases the cost of the project. In addition, the inaccessibility of the tunnel wall immediately adjacent the tunnel face and alongside the tunneling machine prevents the installation of tunnel support where it is indispensable to prevent possible cave-in and possible burial of the machine and crews. When very hard rock is encountered, the MOLEs are discarded in favor of drill and blast techniques. In this case the mechanical forces and vibration transmitted into the surrounding earth by the excavation process results in loosening and breaking loose excess tunnel wall material with attendant increased expense in removal and rehabilitating the tunnel wall as well as the dangerous reduction in the integrity of the tunnel walls, particularly the tunnel roof.

South Pole Update
Wnat is Happening at the South Pole?

Japan to Launch a Subterrene to Visit Earth's Core

The liquid fluoride thorium reactor (LFTR; often pronounced lifter) is a type of molten salt reactor. LFTRs use the thorium fuel cycle with a fluoride-based, molten, liquid salt for fuel. In a typical design, the liquid is pumped between a critical core and an external heat exchanger where the heat is transferred to a nonradioactive secondary salt. The secondary salt then transfers its heat to a steam turbine or closed-cycle gas turbine.[1]

Molten-salt-fueled reactors (MSRs) supply the nuclear fuel mixed into a molten salt. They should not be confused with designs that use a molten salt for cooling only (fluoride high-temperature reactors, FHRs) and still have a solid fuel.[2] Molten salt reactors, as a class, include both burners and breeders in fast or thermal spectra, using fluoride or chloride salt-based fuels and a range of fissile or fertile consumables. LFTRs are defined by the use of fluoride fuel salts and the breeding of thorium into uranium-233 in the thermal neutron spectrum.

Why the Military Is Building a Tunneling Earthworm

China has a massive nuclear bunker system that can hold 1 million people. The nuclear shelter system is up to 2000 meters deep and was built within a deep natural cave system.

I predict, that if these revelations have merit, then Australia's shipping ports (and those connected therein) will face huge pressure with lines of inquiry that they cannot dodge.

The Victorian and NSW Branches of the Maritime Union will also come under the blow torch with these revelations and disclosures.. 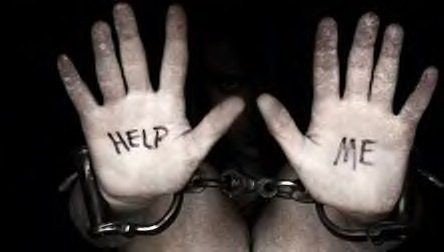 Our source, freelance journalist John Miranda, had his source contact him with a riveting story about a gang of human traffickers in Texas snatching kids and women off the street and out of Walmarts! Find out how this alert citizen got them caught..
https://rubyraymedia.com/index.php/top-stories/war-on-children-view-all-articles/see-something-say-something

MyRR Arsenal: A mighty tide has begun, people are coming to RRM for many reasons, including a censorship-free safe haven for their content--and best of all, it's free! In addition to enjoying some of the best news and commentary on the internet, membership in our patriot community is growing rapidly. Free Membership gives you immediate access to your MyRR Timeline, Pages and Groups. Simply posting content here exactly like you would on FB and Twitt, secures it from censorship..