'FBI To Americans: 'Report On Your Families!'"
14 July 2021
Over the weekend, the FBI Tweeted that family members should report on each other if they find any of them may have become "extremist." What is an extremist anyway? (a person who goes to extremes, especially in political matters or a supporter or adv...
Read More Amazing Line Up of Patriot Warriors for Turning Point USA Student Action Summit
07 July 2021
No matter your age, stage or place in life, this is an event worth getting tickets for yourself as well as your young ones and your neighbors too! Tampa seems to be a hub for patriot activity and who can blame conservative ev...
Read More
Font size: + –
Subscribe to this blog post Unsubscribe
Print

Indictment Exposé : What did you do to America, George? The truth about criminal actions of elitists such as CEOs, politicians and Hollywood types has for years been covered up by certain law enforcement agencies and summarily dismissed by a lopsided legal system. To make discovery of the corruption nearly impossible, the socialist media propaganda arm of the 'deep state' is brought into play. Via lack of proper journalistic investigation and false, incomplete or no 'news' coverage, the cover up of corrupt behavior is finalized.

Mainstream 'media' is just as scripted today as it was 50 years ago.

The only thing changed is this: Today there are millions upon millions of people worldwide who are no longer living in media discernment darkness.

Yes my friends, today most of us are aware of the fake mainstream media 'brainwashing' techniques and deceptions used for decades to 'fool the people.'

Today, we are throwing off the cloak of evil deception, thrusting the dagger of truth into the lies of our common enemy while announcing in unison,

Welcome to the Great Awakening! 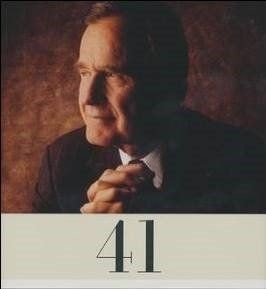 He was the 41st President of the United States. He called himself a Republican. He rose up through the ranks of his political party of choice being lauded as a seasoned 'politician' and good 'presidential material'.

He was painted in a mixed rainbow of colorful praise and dark criticisms by the same fake-main stream media we cannot trust today. That is, he was portrayed as whomever the socialist-DNdoubleCP mockingbird news reporter talking-heads were told to portray him as.

No matter what we have heard or seen about George Herbert Walker Bush's political career, the main question is this: what did George Bush Sr. really do for We the People and our great Republic? In my quest to answer that question, I came across a plethora of controversies swirling around his political life.

"... he was a public, not a private, figure — one of only 44 men to have ever served as president of the United States. We cannot, therefore, allow his actual record in office to be beatified in such a brazen way. "When a political leader dies, it is irresponsible in the extreme to demand that only praise be permitted but not criticisms," as my colleague Glenn Greenwald has argued, because it leads to "false history and a propagandistic whitewashing of bad acts." ~ from "The Ignored Legacy of George H.W. Bush: War Crimes, Racism, and Obstruction of Justice"   (Mehdi Hasan -The Intercept)

Here I list just 2 of his 'bad act' controversies:

1. During Bush Sr's tenure as CIA head, he was accused of a grave conflict of interest, but the media did not report it as accurately as in this article titled "How George H.W. Bush Rode a Fake National Security Scandal to the Top of the CIA"  which goes on to report "The killing of a CIA agent in Greece was used to thwart reforms as Bush became the first openly partisan director of the spy agency in 1976."

2. There was some coverage of the Iran-Contra scandal while Bush Sr was in office, but the facts were misconstrued and we the people were led to believe lies as is revealed in this article titled "Let's Talk About George H.W. Bush's Role in the Iran-Contra Scandal" which goes on to say "Hagiographies of the late president neglect his role in a secret war in Nicaragua and illegal weapons sales to Iran for the release of hostages."  ... "As CIA director in the mid-1970s and as Ronald Reagan's vice president, Bush helped forge a world of strongmen, wars, cartels, and refugees that continues today. In particular, he was deeply involved in the events that became known as the Iran-Contra scandal, a series of illegal operations that began with a secret effort to arm Contra fighters in Nicaragua in the hopes of toppling the leftist Sandinista government; this effort became connected to drug trafficking, trading weapons for hostages with Iran, and banking scandals." 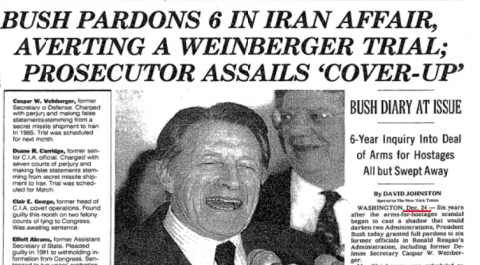 Now an Indictment of epic proportions has surfaced showing the American People a detailed view of what George Bush Sr. has been accused of doing to their country.

According to the George Herbert Walker Bush indictment I share below, he is accused of committing multiple treasonous, perverse and murderous crimes over a span of 40+ years. All committed while he held an official government position. Imagine that!

At the time George Bush Sr. was either elected or appointed to office, there were cover up schemes designed to protect the 'elite population' from prosecution. After many years of practice, this system of cover up and protection was perfected and well synchronized with the different organizations involved. We the People were quite unaware of how absolutely corrupt and rigged the system was against us which is how George H. W. Bush could escape criminal investigation arrest and sentencing for 40+ years.

The whole truth about the accusations against George Bush Sr. never made it to your socialist media, morning newspaper, living room TV or local radio station. That was by design. Those truths were never meant to find you. If they had, We the People would have found out then what many of us are just now beginning to discover. 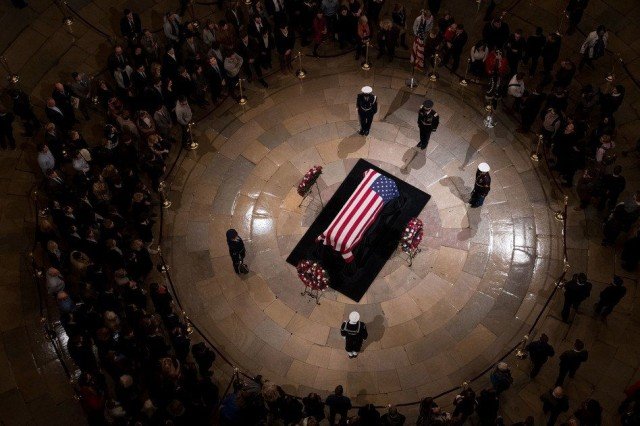 Count 3: Charged with offense for each *MK-Ultra scheme conducted during Eagle II
(covers all damages to any victim(s) afflicted.)
Details : page 17

To be Read the Riot act : To warn or reprimand soundly.

Sedition: A revolt or an incitement to revolt against established authority, usually in the form of Treason or Defamation against government.

Defraud: To make a Misrepresentation of an existing material fact, knowing it to be false or making it recklessly without regard to whether it is true or false, intending for someone to rely on the misrepresentation and under circumstances in which such person does rely on it to his or her damage.

MK ULTRA: Project MKUltra, also called the CIA mind control program, is the code name given to a program of experiments on human subjects that were designed and undertaken by the U.S. Central Intelligence Agency, some of which were illegal.

R.I.C.O. act: Passed in 1970, the Racketeer Influenced and Corrupt Organizations Act (RICO) is a federal law designed to combat organized crime in the United States. It allows prosecution and civil penalties for racketeering activity performed as part of an ongoing criminal enterprise.

This is not the only Indictment that has surfaced involving George Bush Sr.

He and his eldest son, along with 20 other well known political elites, have been indicted for orchestrating the 9-11 Twin Towers Destruction. Take a few minutes and enlighten yourself by reading The Truth About 9/11. 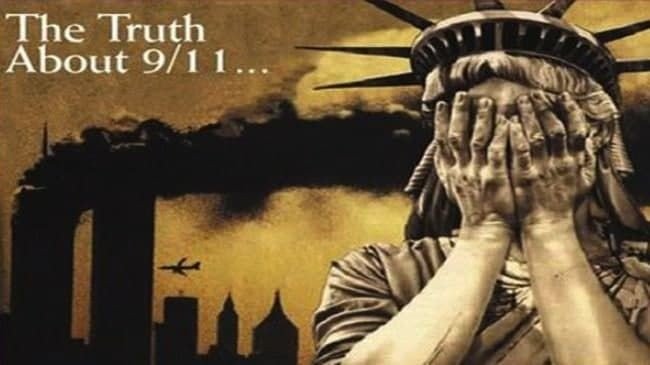 And with good reason because ever since this tragic event, many astute professionals have generated dozens of studies, raising serious scientific doubt about the validity of the original reports of that day and the subsequent government controlled investigation that followed.

Who are we to believe? Didn't we see with our own eyes what happened that day? 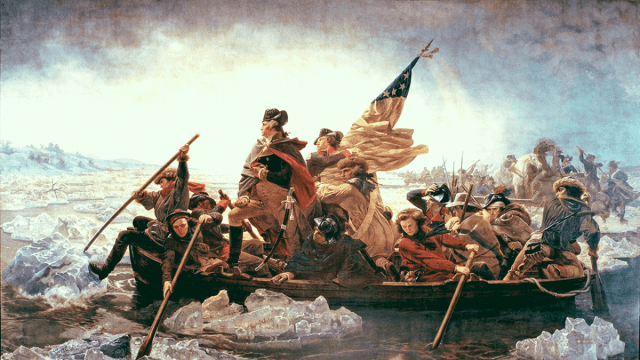