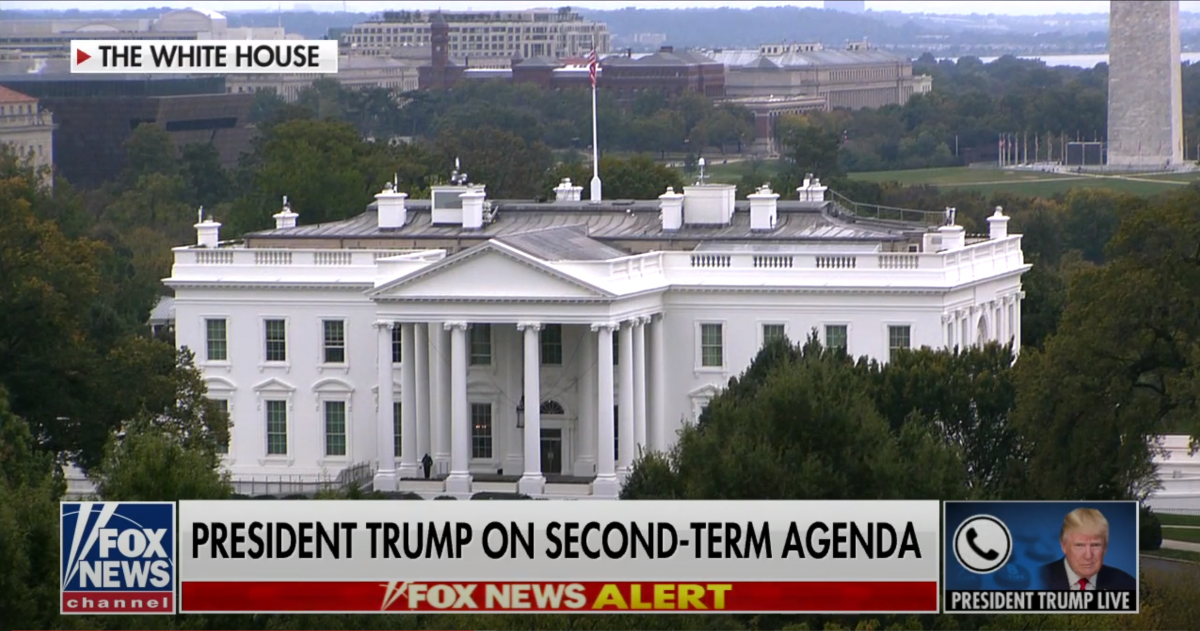 Maria covers the issues of the day with the president. Partial transcript included.

Trump says he no longer has coronavirus and is 'immune' https://t.co/enY3BWkkgQ @FoxNews @SundayFutures @POTUS @realDonaldTrump

Transcript of the first five minutes:

M: I want to start with breaking news and that is the note you have revealed from your doctor which says you are no longer considered a transmission risk. Does this suggest you no longer have covid sir?

T: Yes and not only that it seems like I am immune so I can go way out of a basement which I would have done anyway and which I did cause you have to run a country, you have to get out of the basement and it looks like I am immune for I don’t’ know maybe along time or maybe a short time it could be a life time, nobody really knows, but I am immune, so the president is in very good shape to fight the battles.

M: Mr. Pres I want you to answer your critics because your critics are going really, getting upset about the your event at the White House yesterday, about your rally that you are planning tomorrow. They say it is still too soon for you to be around people and to be going out. That you can still spread covid. What are you doing in terms of insuring that everybody will be safe at your rally in Florida tomorrow?

T: Well the doctors, the White House doctors, as you know, are the best, and they said totally free of spreading, there is no spread and it wasn’t yesterday either, and by the way I don’t know if you noticed I was on a balcony the closest person was probably a couple hundred feet away. And they were down on grass there was nobody even close to me yesterday. But even yesterday I knew I was free. I beat this crazy horrible China virus. And it also gives you immunity. I mean it does give you immunity, even the people that just cannot accept anything, they just don’t want to accept anything. And so I passed the highest tests, the highest standards. And I am in great shape. I have to tell you I feel fantastically, I really feel good. And I even feel by the fact that the word immunity means something. Having really a protective glow, it means something I think it is very important to have that. To have that is a very important thing.

M: Mr. President, you have been criticized for your handling of Covid 19. I want to take you back to when we first learned of Covid 19 and on January 16th the Senate was holding an impeachment trial of you, this trial ended on February 5th where you were acquitted. Did anyone mention Covid to you during that time; because you stopped all travel from China on January 31st which obviously, in retrospect, was a very good move but you colleagues in the Senate, Nancy Pelosi in the House and her colleagues are saying that you did not handle Covid correctly while they were actually trying to impeach you. Did the Covid conversation come up at all during the impeachment trial or around that date?

T: No because we were focused on impeachment, it was a fake impeachment, it turned out to be in effect, if you look at the House where we got 197-0 votes, we even got a Democrat or two voting for us. It was a disgrace, it was a total disgrace. No, it wasn't discussed. What was discussed was Nancy Pelosi and others saying that ... don't ban China, don't do that. In fact, she was dancing on the streets of Chinatown in San Francisco. And, the reason she was is she wanted the business to come in, she didn't want to close up the country, that was a long time after I had already closed it. Had I not, Dr. Fauci said I saved thousands, tens of thousands of lives by acting that early and there were not a lot of people that agreed with me when I wanted to close it and it was very interesting but the prediction was 2.2 million people were going to die. So we're over 200,000 people and one is too many, I always say it, one is too may, it should have never happened, it's China's fault. But, one is too many, but 2.2 million was the prediction as to how many would die. We lost 200,000 plus and you know there are those that say we did a phenomenal job and if you look all over the world, our mortality rate is good and our recovery rate, by the way, as an economy, is number one in the world, we recovered faster and went down less than any other place but our recovery is the best in the world, Maria.

M: Mr. President, I want to ask you about a policy in the second term but first I've gotta get your reaction to what Nancy Pelosi said this weekend. She is questioning if those steroid treatments you were on, we know you're not on them any more, are influencing your decision making. And on Friday she raised the idea of a Presidential Succession Bill to alter the 25th Amendment process. She wants Congress to be able to take out a president if they deem he is unfit." 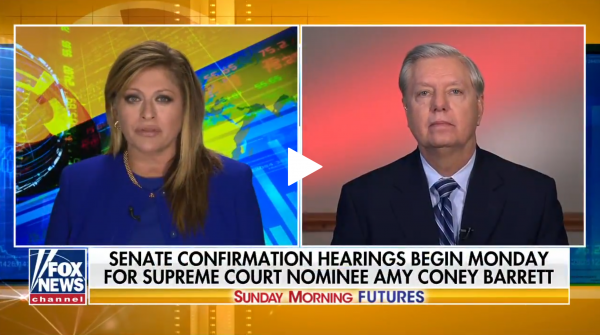 Sen. Graham: The parade of horribles that come if we lose the House, Senate and White House is unbelievable