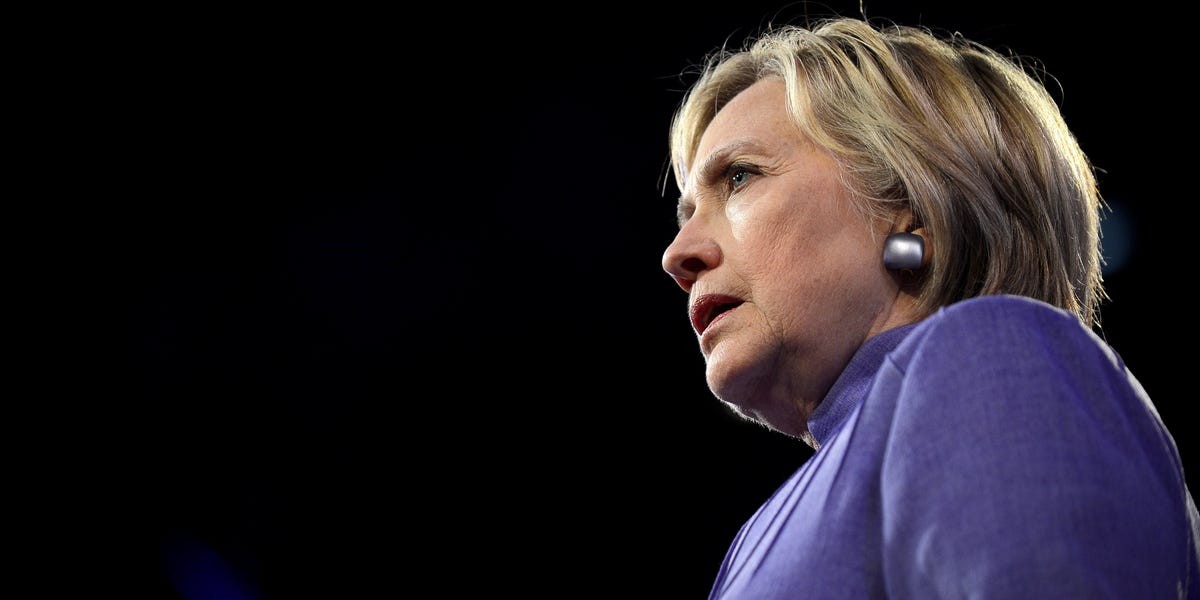 HRC: "I want the public to see my email. I asked State to release them. They said they will review them for release as soon as possible." 4 Mar 2015

I want the public to see my email. I asked State to release them. They said they will review them for release as soon as possible.

Spoke with/ Bill Binney earlier. He was very pleased to hear about Hillary's emails being dug up at the NSA.

I guess Hillary (and a lot of people) really actually thought they had destroyed her emails. #Whoops #BleachBit #StellarWind

Smile Hillary you're on Candid Camera!

BREAKING: Mike Pompeo Says He Has Hillary Clinton’s Deleted Emails and Will Begin Releasing Them Before Election Day (VIDEO)!

Years later, will we finally see those deleted emails?

Isn't it time equal justice was served in America? #ReleaseThemAllhttps://t.co/utzQZ7BqK1

Hillary, want public to see your email?! Is that why you erased them and destroyed cell phones?

Relax MAGA'S this was what CNN said October 23rd 2016 about Hillary less than two weeks from the GREATEST NIGHT IN CONSERVATIVE HISTORY.
RETWEET AND SHARE THE LOVE! pic.twitter.com/CRSwc5IB7n

"Hillary Clinton told investigators that she wasn't aware that a "C" marking in emails she received on her private server indicated that the information was classified at the "confidential" level, according to documents that the FBI released on Friday.

"The State Department determined that one email chain contained information that is classified at the "confidential" level, according to the documents.

"But the emails apparently didn't contain any header or footer markings indicating that some information in the message was classified.

"The FBI described what it found:

" "The FBI identified three email chains, encompassing eight individual email exchanges to or from Clinton's personal email accounts, which contained at least one paragraph marked '(C),' a marking ostensibly indicating the presence of information classified at the CONFIDENTIAL level."

"The State Department didn't specify whether the information in the emails was classified at the time the messages were sent, but markings meant to indicate that the information is "confidential" suggests that it might have been.

"Although one email chain contained information that is classified, the other two chains referenced in the FBI documents are unclassified.

"When presented with the findings, Clinton told investigators that she wasn't aware of what the markings meant. From the FBI notes:

" "Clinton stated that she did not know what the '(C)' meant at the beginning of the paragraphs and speculated it was referencing paragraphs marked in alphabetical order."

"The documents that the FBI released pertain to its investigation of Clinton's use of the server while she was secretary of state. She is the Democratic nominee for president.

"The FBI did not recommend that the Justice Department file charges against Clinton for her use of the private server, but Director James Comey said that Clinton was "extremely careless" in handling classified information.

"Here's the full snippet from the FBI report:" 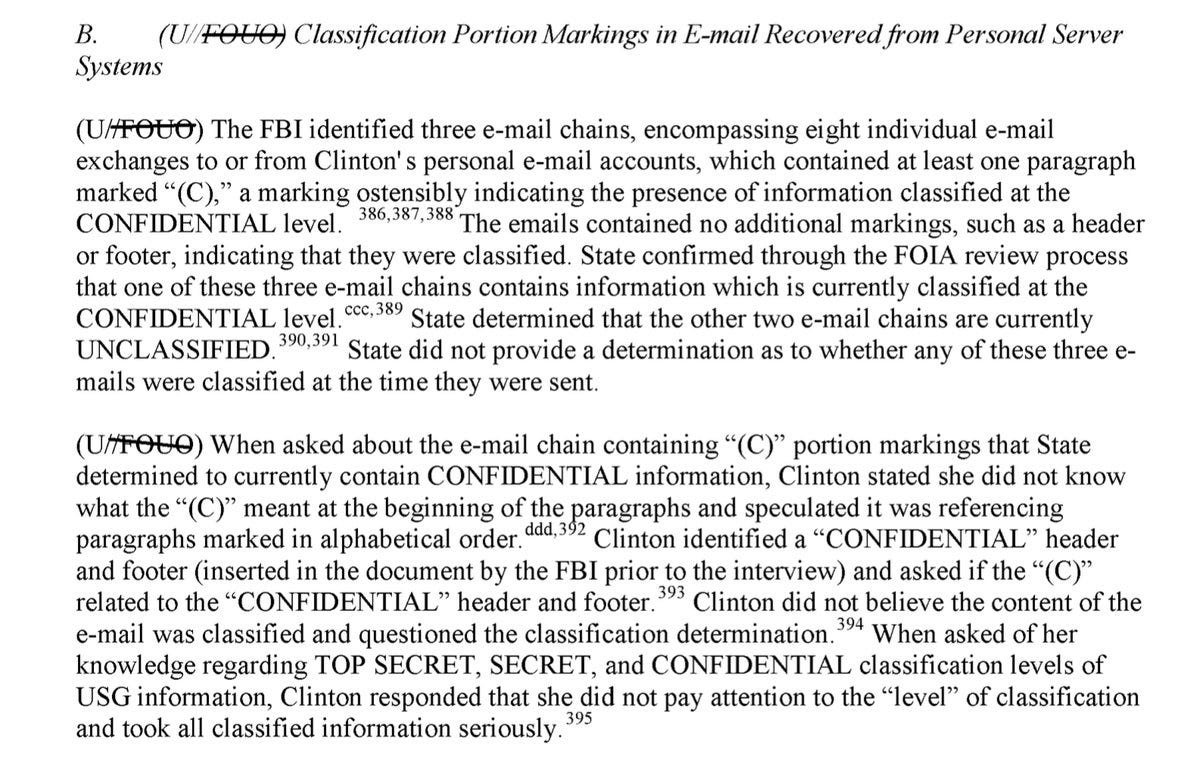 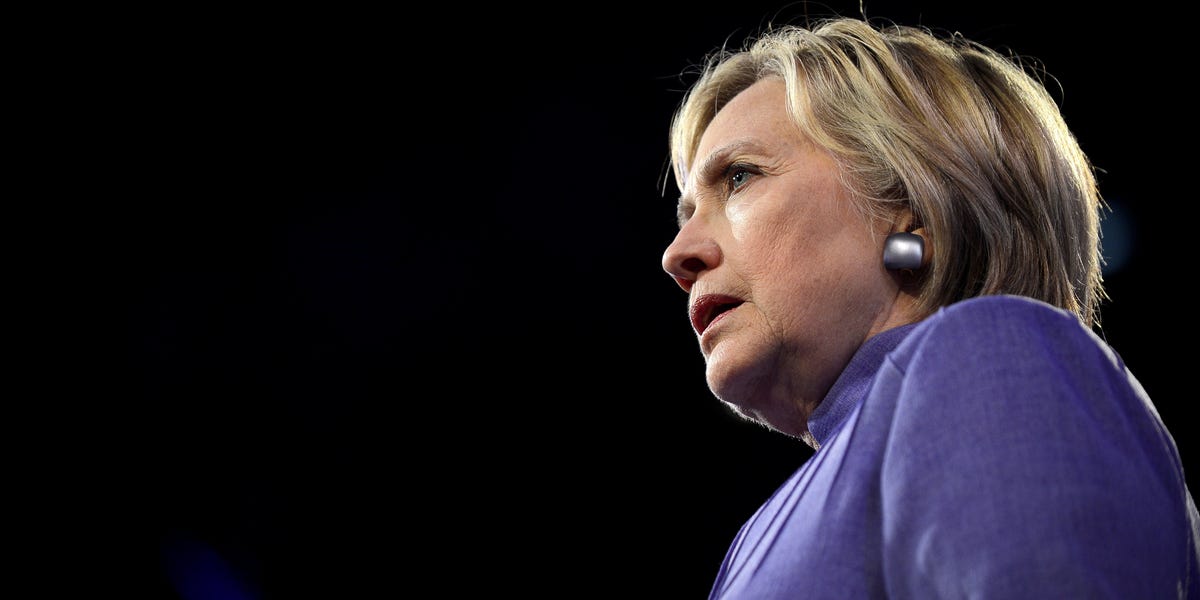