And you thought it was about a virus
30 January 2023
It's about much more than a 'viral bioweapon.' The plandemic is just one of many steps the Global Cabal took to gain control over a planet of many sleepy-sheepy people....
Read More The IRS Commissioner & Congress admit: The USA Tax System is VOLUNTARY
09 January 2023
Why are we being FORCED to pay in a voluntary Tax System?  Good question....
Read More
Font size: + –
Subscribe to this blog post Unsubscribe
Print In Fulton County Georgia the school district is attempting to make a show of offering an option to parents and students who do not want to wear a mask to school. On the surface, the "hub", as it is being called, may seem like a perfectly logical or well-meaning option, but what does this really do?

From the Atlanta Journal Constitution:

"The district's plan, announced Thursday, goes beyond what many metro Atlanta districts are doing to provide options for students, but it did little to appease dozens of protesters who gathered outside a board meeting later that day.

"The crowd's chants of "no more masks" could be heard by the officials conducting business inside. They pressed signs reading "Lions not sheep" and "Control freaks are the minority" against the meeting room's windows.

"Classes started Monday in Fulton with masks required in all but 15 schools. Days later, the state's fourth-largest district announced that COVID-19 case numbers were high enough to warrant mandating masks in all schools."

The title of that article makes the idea seem benign enough, doesn't it? While it may appear that what the Fulton County school district is attempting to do is give parents and students options, the first thing that comes to mind is separating and segregating.

Segregating others isn't a new thing. In fact we can point to several times in history when governments or bureaucrats have done just that and the outcomes always ended badly. It doesn't matter what the intended motive appears to be, segregation for any reason is a form of discrimination and is entirely wrong.

Other forms of segregation that ended badly occurred not just in the United States, but also in Nazi Germany. Another incidence in history which is not so well known; in Canada the practice of "segregating" or removing Native Americans from their homes and families and then placing them into boarding schools, ended horribly as well. In Canada mass graves have recently been uncovered revealing thousands of children who were murdered by the so-called well meaning.

You may ask why I am making such comparison's from the past. After all those were extremes and as far as we can tell, nothing like that is currently happening today.  However, other attempts at isolating and segregating others are in the works, such as those who refuse the experimental jab. In some places universities are fining students who refuse the vaccine. I am still trying to figure out how a university can fine someone. Can we just stop and think about this critically for a moment? It has always begun with what seemed like benign programs.

My question is this, should governments or bureaucrats really be permitted to label, ostracize, and segregate a group of people from society for any reason? In the past this kind of tyranny was driven by fear, prejudice, and hatred. Does it really matter whether the majority of society went along with it? Does it matter that the majority of the people in those societies believed the narrative pushed by those who held the reins of power?

I can hardly believe we are here today, discussing this in 2021 in the United States of America. It's as if we don't remember the Japanese internment camps of WWII. It's as if we don't remember anything of significance of the past. There is always what appears to be a justifiable reason for this behavior. Some of you may say, "This is different". But is it really different? And does it matter what the reason is? What is the message we are sending to our children by segregating them in to "other" systems?

Not only is there no scientific evidence that masking prevents the spread of viruses, but there is also a plethora of evidence that the masking mandates did nothing to slow the spread of the COVID-19 virus. Take a look at the charts below. In every case, a sharp increase in COVID-19 cases occur after masking mandates. And in some cases you can see that those with mask mandates had more cases than those without mandates. But don't be surprised that the narrative hasn't changed even with the evidence right before our eyes. The agenda hasn't changed. 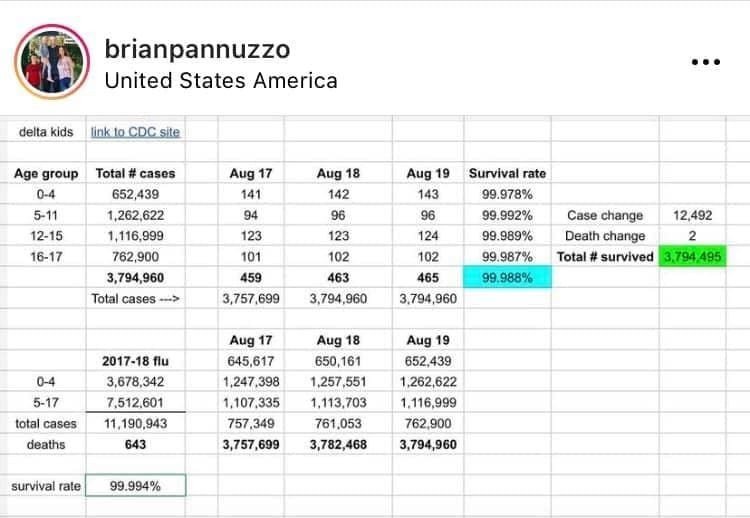 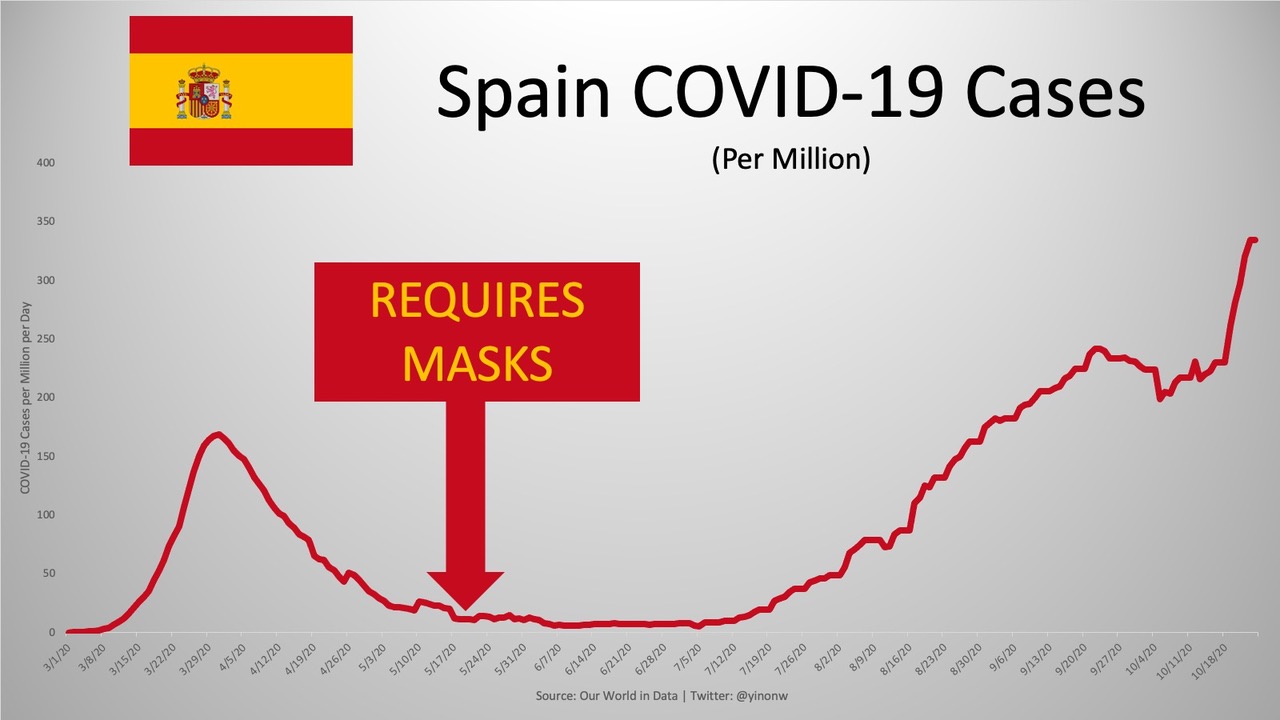 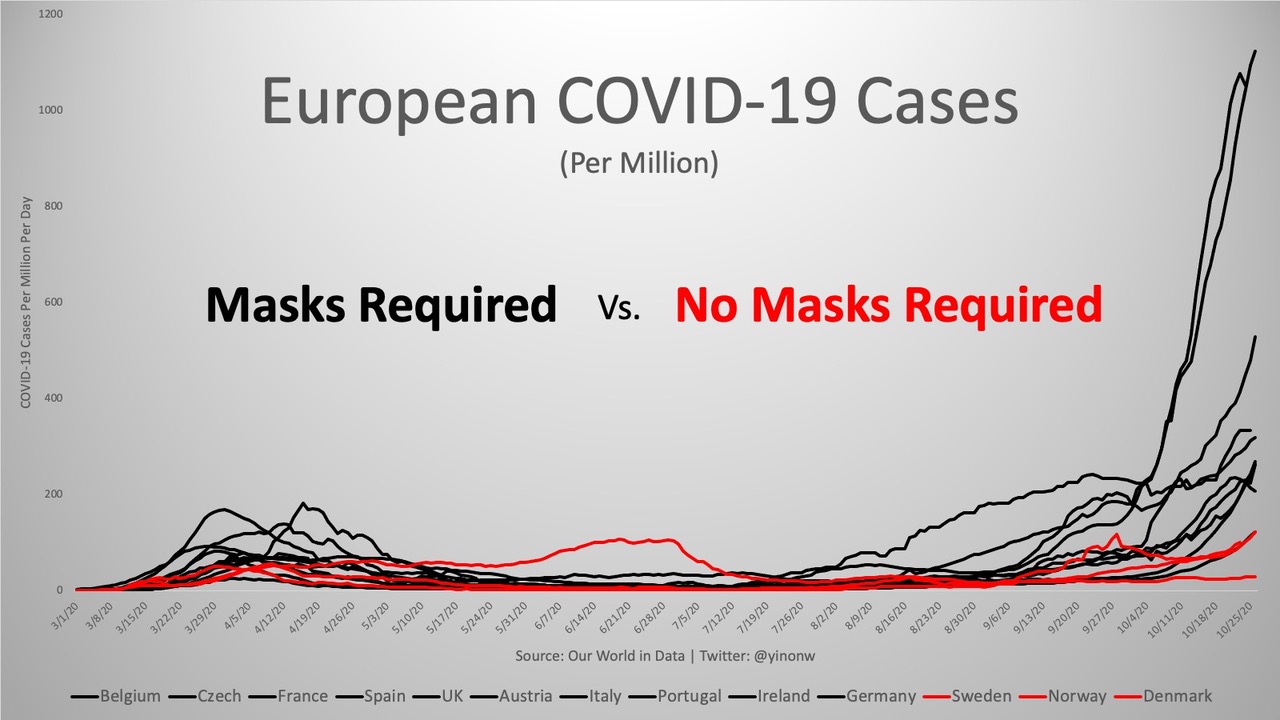 The only studies on record prove that masking does not work. Take a look at this article with links to studies from The Center for Evidence Based Medicine.

"Masking lack of evidence with politics"

"The increasing polarised and politicised views 1 on whether to wear masks in public during the current COVID-19 crisis hides a bitter truth on the state of contemporary research and the value we pose on clinical evidence to guide our decisions.

"In 2010, at the end of the last influenza pandemic, there were six published randomised controlled trials with 4,147 participants focusing on the benefits of different types of masks. 2 Two were done in healthcare workers and four in family or student clusters. The face mask trials for influenza-like illness (ILI) reported poor compliance, rarely reported harms and revealed the pressing need for future trials.

"Despite the clear requirement to carry out further large, pragmatic trials a decade later, only six had been published: five in healthcare workers and one in pilgrims. 3 This recent crop of trials added 9,112 participants to the total randomised denominator of 13,259 and showed that masks alone have no significant effect in interrupting the spread of ILI or influenza in the general population, nor in healthcare workers" 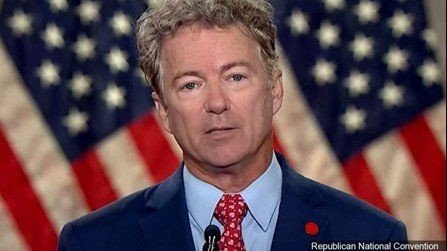 From Ron Paul Institute for Peace and Prosperity:

These are the words of Senator Rand Paul. I am with you, Senator. I have been saying the same thing!