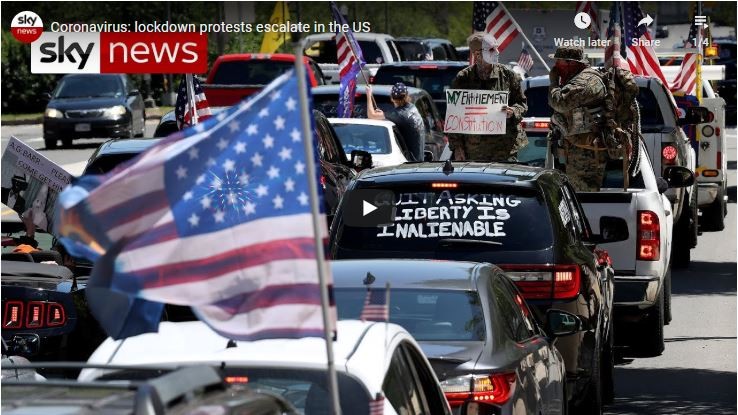 "After six months of intermittent or in some cases near-continuous lockdowns, many have reached their limit and uprisings are finally emerging around the world. The last week of August 2020 saw gatherings of tens of thousands of individuals in Berlin,1 London2 and Dublin,3 protesting stay-at-home orders, business closures, mask and vaccine mandates and Bill Gates’ dictatorial grip on public health matters."

"After six months of intermittent or in some cases near-continuous lockdowns, many have reached their limit and uprisings are finally emerging around the world

"According to data released by the U.S. Centers for Disease Control and Prevention August 26, 2020, only 6% of the total COVID-19-related deaths in the U.S. had COVID-19 listed as the sole cause of death on the death certificate.

"The estimated infection fatality rate for seasonal influenza is 0.8%, so the only people for whom SARS-CoV-2 infection is more dangerous than influenza are those over the age of 60. Everyone else has a lower risk of dying from COVID-19 than they have of dying from the flu" 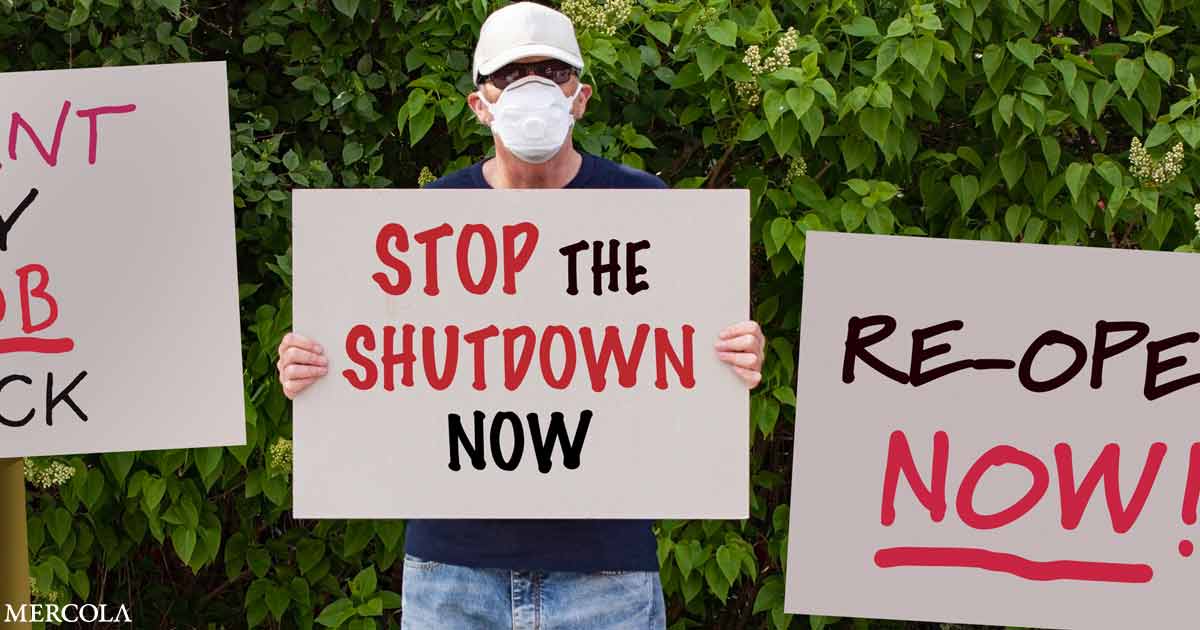 "There was no science' behind COVID lockdowns"

"American lawyer Michael Senger says the COVID-19 lockdowns “might not even be science at all” but are based on Xi Jinping’s philosophy which also inspired the re-education of Uighur Muslims in concentration camps.

"Mr Senger said Xi Jinping’s philosophy was the same hybrid of health and security policy which inspired the re-education of millions of Uighur Muslims in concentration camps.

“This is the exact same policy that inspired his lockdown of Wuhan ... there was actually no science behind it,” he said.

“The WHO explicitly says that says lockdowns are completely new to science, completely unprecedented and have no scientific literature behind them before XI Jinping ordered them,” he said.

"Mr Senger said the CCP has been using social media propaganda to push for the lockdown measures practiced in Wuhan to be implemented in countries around the world."

'There was no science' behind COVID lockdowns | Sky News Australia

My three-year ban from speaking in Australia has expired, so what’s a trouble-maker like me to do?

I decided to apply again, of course.

"Only this time, the conservative commentator, Michelle Malkin, has agreed to accompany me to the land Down Under. We’re going to talk about my recent book with Dr. Judy Mikovits, THE CASE AGAINST MASKS: TEN REASONS WHY MASK USE SHOULD BE LIMITED, and whatever else Michelle wants to talk about. She’s rarely at a loss for words.

"Dr. Mikovits and I were recently interviewed by Michelle, and after the show wrapped, I popped the question. I told her it will be the best trip she never took. She laughed and said “Twist my arm,” and held her arm behind her back as if it was being twisted.

I know my sense of humor is an acquired taste…

"…but fellow trouble-maker Michelle seems to get me. Then I got down to writing a letter to the new Prime Minister, Scott Morrison.  I mean, the old Prime Minister, Malcolm Turdbull and I were on terms, but I felt I needed to properly introduce myself to the new guy.

"The complete domination of our book in science is something to behold, despite the mainstream media blackout. The all-time best-selling virus book of all time, Richard Preston’s THE HOT ZONE, (published in 1994) only has 1,372 Amazon reviews. After that there’s David Quammen’s SPILLOVER (published in 2012) with 1,346 Amazon reviews.

"Then there is the science juggernaut which is PLAGUE OF CORRUPTION, with 3,514 Amazon reviews, despite only being published in April of this year. Did I mention how Joe Biden might describe this accomplishment?

"I’ll be honest.  Your previous Prime Minister, Malcolm Turdbull and I didn’t see eye to eye on things.  Three years ago he banned me from coming to speak in your country.  Can you imagine?  I’ve never been convicted of a crime and everybody who meets me just adores me.  It’s the truth.  My only crime is I’m a writer of controversial books and unlawfully good-looking.

"I don’t know if Turdbull is a bad man, but I know his wife, Lucy Turdbull, had millions of shares of pharmaceutical company stock.  And if I’ve learned anything in twenty-five years of marriage, it’s that you don’t upset the wife.  Happy wife, happy life, right?

"From your press coverage it seems a lot of your critics don’t think you’re that smart. Well, then you don’t have to worry, because my new book with Dr. Judy Mikovits, THE CASE AGAINST MASKS: TEN REASONS MASK USE SHOULD BE LIMITED, is a short book, just under a hundred pages.

"In addition, it has a lot of pictures, drawn by the fabulous cartoonist, Ben Garrison.  I’ve made the chapters short, just three to five pages. But if your brain starts to hurt as you read, just look at the funny pictures and have a good laugh. When your brain stops hurting, you can just pick up where you left off.

"I thought Australia might want to see the softer, gentler side of me, which is why I invited conservative writer, Michelle Malkin along for my proposed tour of your fine country.  She might talk about immigration policies, the general cowardice of much of our conservative press, or the wacky, liberal bias of our Big Tech companies.

"For a trip itinerary I imagine you’d greet us at the airport (we’ll carry our own bags), but then you’d whisk us away for a few days of talks at the Lodge, your personal residence.  After that we’d give an address to your Parliament, then possibly a State Dinner, where we might meet the movers and shakers of your great country.  I’ve been dieting so I can fit into my tuxedo.  I’m really looking quite fabulous these days.

"After the State Dinner, Michelle and I would like to travel to the Australian interior, and meet with aboriginal tribal elders, as this information would also be very useful to them.

"From there I figure we’d do a quick tour of your major cities, then give a lot of interviews to local media, and that should be a wrap for us. I don’t figure we’ll be in country for more than a week.  But that should be more than enough time to demolish the lies of Big Pharma.

"Please don’t make a fuss over our visit, but if you simply must give us an award, Michelle and I would humbly accept Dame and Knight of the Order of Australia.

"I hope you will look with favor upon my latest request to visit your country.

Michelle Malkin and Kent Heckenlively to Tour Australia for the ?Anti-Mask? Tour