"May Day Rioters Carry Out Violent Acts in Portland, Seattle" 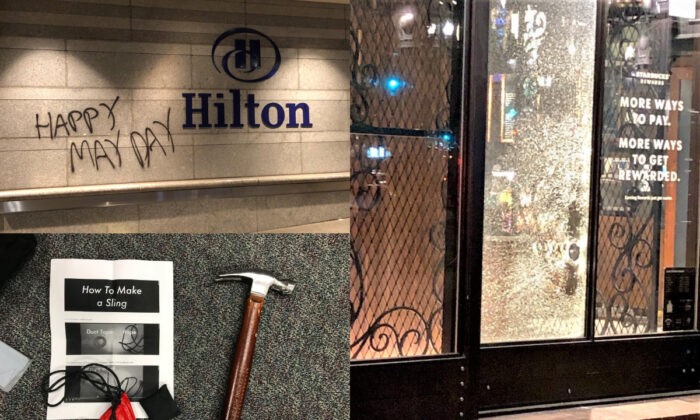 Who are the domestic terrorists again? We ANTIFA rioting and damaging private property in Portland and Seattle, yet we have the Biden administration stating that it is far right extremists we have to watch out for. It is beyond me that so many believe the narrative the left that has been repeated ad nauseum before they will believe their own eyes.

From The Epoch Times:

"A riot in Portland, Oregon, took place on May 1, a day that holds significance for communists and other far-left ideologues.

"A group of upwards of 100 individuals, many with shields, gathered in Shemanski Park between 9 and 10 p.m. and marched to City Hall, where they began smashing windows and using spray paint to scrawl various messages on the building.

"Police officers declared a riot and ordered the crowd to disperse, but the mob instead began marching in the streets, blocking traffic. They inflicted damage on private businesses. Some members of the crowd used umbrellas to hide the crimes being committed.

"Most of the group wore all-black with coverings obscuring their faces, a tactic commonly employed by far-left anarcho-communist group Antifa. Known Antifa accounts were promoting the “direct action” event on social media prior to it happening. Additionally, people who have been arrested at previous riots in Portland and people who have been linked to Antifa were at the riot on Saturday night."

Just for a little perspective, lets go back a fews years so that we can all see what is directly in front of our eyes.

I want to tell you, I had a really hard time finding a video of the riots that occured yesterday. Could it be that the news media and big tech is censoring what they show when you put in a search? 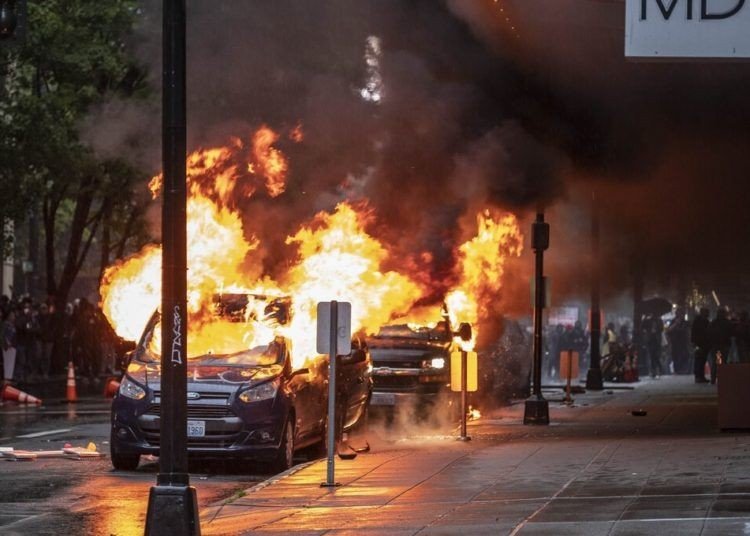 Once again rioters in Seattle tried to trap police officers inside a building the rioters were trying to burn to the ground. Mayor Jenny Durkan's euphemistic "Summer of Love" isn't showing signs of slowing down; though CHAZ is no more, downtown Seattle's "Capitol Hill Autonomous Zone" sanctioned by the Mayor and Washington's governor, Jay Inslee, for weeks, with the Mayor actually marching at one point with the anarchists.