LOL: Trump Baits the Left for the Millionth Time !! 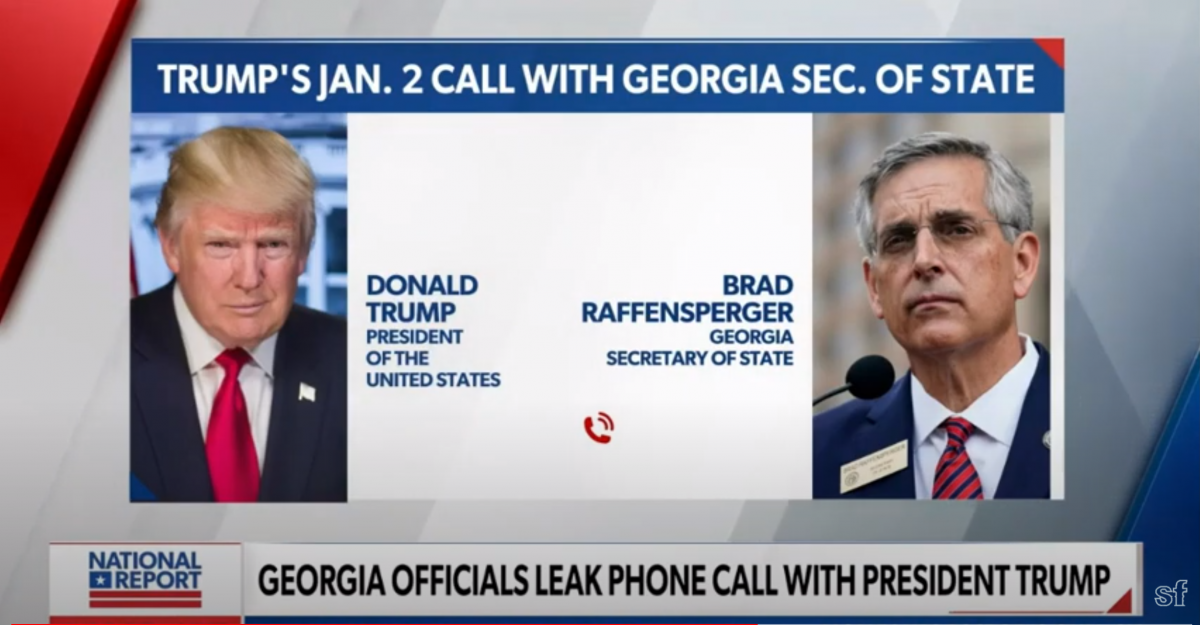 Anyone who knows Trump knew right away that he used the phrase, "find me 11,000 votes" to bait the rabid hyena press into a wild frenzy marketing the Raffensperger phone call for him! LOL.

This play by the president serves two purposes and probably a few more if we think about it:

1. Makes it the top story for a day or two leading up to the January 6 Electoral College and gets the word out there about the MASSIVE Georgia election fraud.

2. Goads the mockie media into more self destructive, even criminal, behavior, hastening the end of those who seek to control us through their lying, gaslighting propaganda.

Newsmax's Emerald Robinson has a good laugh - and me with her - at the mockie press' repeated, incessant and persistent insistence at destroying what's left of their much destroyed credibility already.

Since some still seem to think the world must revolve around what fake news might say on TV, we can see that they must still be given the chance to complete the self immolation in order to leave nothing but a smoking pile of ash.

“The transcript of the call shows Trump demanding an honest accounting of the ballots, which he says would give him more than 11,000 votes.”

The president acted properly. I have heard the call. No crimes were committed. The president asked for a proper count. The media continues to lie. https://t.co/XdzO1rDD5k

The amount of trolling the CCP is doing on this story is astounding. They're all in!

"These weren’t the vague, non-committal words of the President of the United States on the phone call leaked by theWashington Post newspaper – which has recently taken millions of dollars from the Chinese Communist Party – this Sunday. They were the statements of the establishment Republicans on the call: Secretary of State Brad Raffensperger, Ryan Germany, and Deputy Secretary of State Jordan Fuchs on the January 2nd call.

"Despite the partisan framing from the Washington Post – that the call somehow reflected Trump making demands for votes from his Republican colleagues – the President actually does no such thing. Throughout the call, the President makes clear that his calls are for election transparency, full and transparent audits, and public access. At no point does the President imply he wants votes invented or confected, as the establishment media is portraying. He even offers to recuse himself from parts of the conversation and ends by asking for “the truth… it’s just that simple.” " (cont'd at link below)

"The Washington Post claimed that in his talk with Raffensperger, Trump "repeatedly urged him to alter the outcome of the presidential vote in the state."

"This claim is false.

"The transcript of the call shows Trump demanding an honest accounting of the ballots, which he says would give him more than 11,000 votes.

"Several key excerpts of the conversation follow." (cont'd at link below) 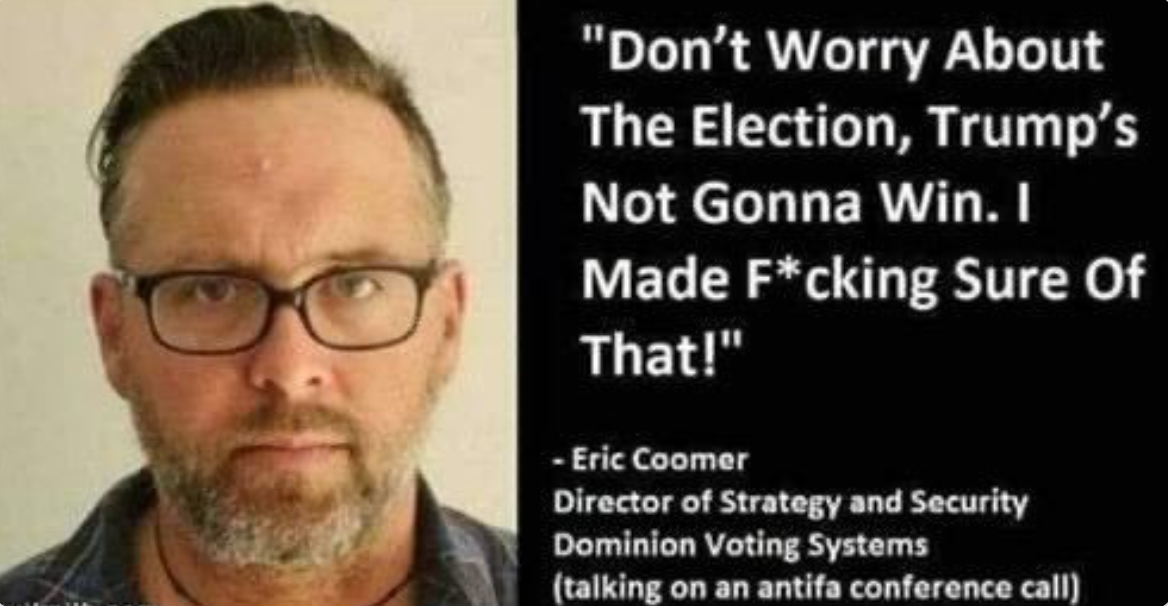 An Attempted Coup d'Etat by Election Fraud is TREASON

Contributing author John Miranda goes out on a very sturdy limb here. I think I can see Coomer in orange too, it shows up very clear. 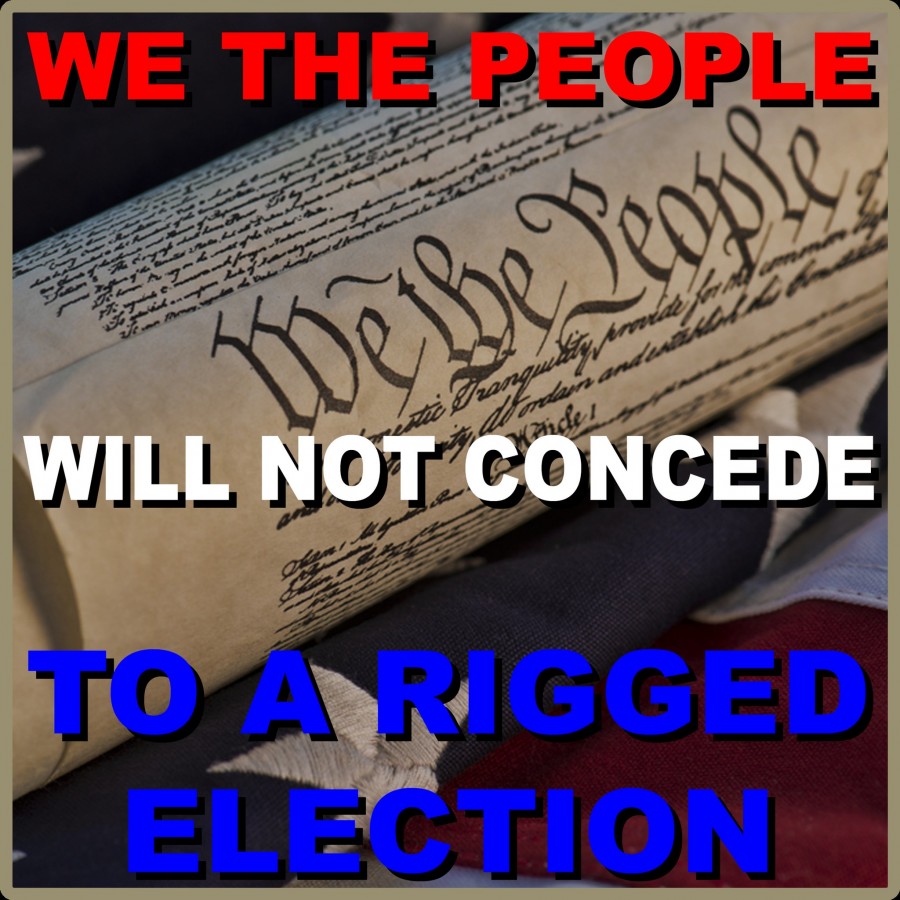 UPDATE Saturday Jan 2: Twelve US Senators have committed to objecting to the seating of certain states' electors!

By New Year's Eve the voluminous evidence of voter and election fraud continued to be presented to lawmakers and the public, forcing GOP legislators at state and federal levels to begin to step out and challenge the fake election.