Montana's Representatives Declare Unborn Babies are People
02 April 2021
Although there has been an influx of angry baby murdering leftists in recent years Montana remains a bastion of godly common sense such as one might find with the ranchers in Big Sky Country who value the life of all the...
Read More Tatiana Prophet: WaPo Admits Trump Quotes Were Wrong
16 March 2021
Friend and contributor, editor of Back to Facts Tatiana Prophet details how WaPo got it wrong on that Georgia phone call by Trump and asks "... what else are they lying about?"...
Read More

What Happened To Joe?
05 March 2021
Incredible isn't it? I mean for a man who declared that if he was elected president his administration would provide a "transparent approach to press and public relations," Joe Biden has done exactly the opposite.  ...
Read More
Font size: + –
Subscribe to this blog post Unsubscribe
Print

Dr. Shiva got cheated out of his nomination in Massachusetts and in his inimitable MIT professor fashion exposed the election fraud in his state in a BIG WAY.

The evidence of fraud is in your face and the media and establishment politicians all just lie about it. They are the enemy of the people.

Dems and RINOs only "win" by cheating and this has got to end! 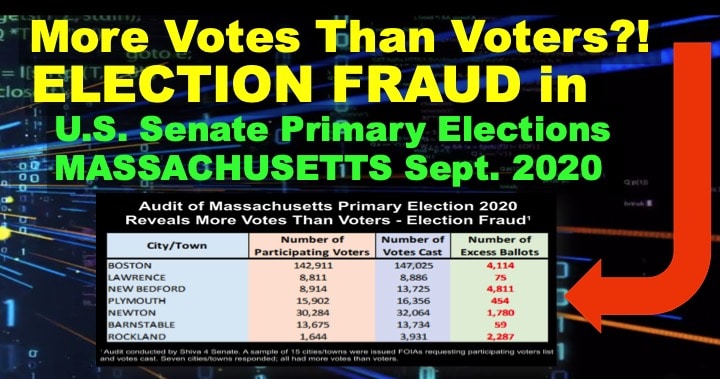 Massachusetts ignited the American Revolution. Let's BE THE LIGHT & FIGHT for the American Dream to Inspire, Educate and Innovate!
https://shiva4senate.com/election-fraud/