Tell Me Joe, What Have You Done In Your 47 Year Political Career?

The Choice Is Clear

After doing a short internet search, I had no problem locating dozens of detailed reasons to completely forget about voting for Joe Biden. Yet found only a few vague unsubstantiated 'orange-man-bad' reasons the weak minded immoral Left use to try to discredit President Trump.

As we all know, even Never Trumpers and the Trump Derangement Syndrome affected ones know, President Trump has a fantastically long achievement record since taking office. In fact, the long list of campaign promised accomplishments in President Trump's presidential resume numbers well into the hundreds, while Biden has only a few known political career achievements.

When we examine Biden's achievements in perpetuity, we find the deep state Democrat owned and propagandized mass media has been playing footsies with the Biden camp for years. The same media that lies continually about what President Trump says and does, is propping up Joe Biden's seedy political victories with falsehoods and deception, doing what they can to make him look good. The reality is, the few things Joe Biden has been noted for achieving during his long political career are scandalous, corrupt and criminal.

Here is one of the more controversial events that took place early in Biden's career. In this once buried video, rediscovered and circulated by Dinesh D'Souza, we watch as Joe Biden attempts to get away with 'plagiarism.

Besides the obvious fact that Joe Biden currently doesn't have the mental capacity to lead a nation, he also lacks necessary leadership qualities. Joe is as inept as he is a proven pathological liar who cannot remember his own lies.

Now, let us dive into the remaining plethora of reasons to walk away from a vote for such a dishonest, corruptible, incompetent and unpopular presidential candidate as Joe Biden come Nov. 3rd, 2020.

Biden/Harris hold campaign event in Arizona and the news station is shocked no supporters showed up 😭😂🤣 pic.twitter.com/u54tD41oq8

But when it comes to corruption and cashing in on his public office, Biden has proven himself to be highly competent. @realdonaldtrump pic.twitter.com/fK5B8c3TEi

Joe Biden’s 47 years in Washington, D.C. being part of the swamp have resulted in the corrupt Commission on Presidential Debates protecting him from facing voters. pic.twitter.com/J4SSVGuqEj

.@JoeBiden: “The only person calling to defund the police is Donald Trump.” pic.twitter.com/CKi51jaXOS

"15 Reasons Not to Elect Joe Biden"

"Given that Joe Biden generates no enthusiasm, makes frequent gaffes, and simply doesn't have the energy for a full schedule of campaigning, it was smart for him to spend much of this year hunkering down. It was also smart for him to hide much of what he intends to do. After all, it's not as if the mainstream media is going to demand to know what the next President of the United States intends to do if he's elected. Still, you deserve to get a rough idea of what a Biden presidency would look like and so, here it is. Be forewarned, it is not pretty."

1) Joe Biden is 77 years old, seems to have difficulty working a full day, and has rather famously and significantly deteriorated mentally. He very obviously is physically and mentally incapable of handling a job as demanding as the presidency.

2) Joe Biden has been in politics since 1972. Do you think someone who has been in office that long without accomplishing much is going to sweep in and change everything for the better?

"3) Biden has promised to halt all construction on a border wall, cancel the bilateral agreement with Mexico that stops many illegals from making it here, end deportations for anyone other than felons, and push through a massive amnesty for illegal aliens.

4) Joe Biden plans to ban the sale of new AR-15s and then demand that owners of AR-15s sell them to the government or sign up on a gun registry.

5) Biden has publicly said he no longer supports the Hyde Rule, which prevents federal money from being used for abortion. Put another way, he intends to use your tax dollars to kill babies.

6) Biden has noted that he is open to locking the country down again over Coronavirus.

7) Biden has said numerous times that he intends to ban fracking.

8) Biden is extremely liberal. His career ACU rating is 12.67%, meaning he only agreed with conservatives 12.67% of the time.

9) Joe Biden, who has a reputation for putting his hands all over women, was credibly accused of sexual assault by his former aide, Tara Reade.

10) Biden publicly admitted that he had advised Obama not to go through with the raid that killed Osama Bin Laden.

11) Electing Joe Biden after months of rioting by liberals in liberal cities will send a message that Americans are okay with that kind of behavior.

12) Both Biden and his VP, Kamala Harris, refuse to say whether they will attempt to add more justices to the Supreme Court. Of course, this means that is exactly what they intend to do, even if it will destabilize the country.

13) Joe Biden has signaled that he's open to getting rid of the legislative filibuster in the Senate, which is extremely dangerous and has the potential to destabilize our Republic.

14) Kamala Harris was arguably the single most liberal member of the Senate and Joe Biden, who seems too feeble to finish his term, made her his vice-presidential running mate.

15) Barack Obama and Joe Biden presided over the slowest post-war economic recovery in American history. Is that the guy you want shepherding the economy after the economic damage caused by Corona and the lockdowns?"

The above examples are many, but by no means exhaustive.

To point out another of Joe Biden's damaging 'shortcomings' which clearly shows he is not ready to be this great country's leader: he habitually deflects from answering questions directly and honestly while escalating into angry responses directed toward the public he is elected to serve. Many of his rare public appearances reveal his true attitude and nature toward a non-adoring public.

“IT’S A VIRAL VIDEO LOLE THOSE OTHER VIDEOS THEY’RE PUTTIN OUT THAT ARE SIMPLY A LIE!”

Shouts Joeseph “Angry Joe” Biden shortly before challenging a union worker to a fight@mooncult got so far under Biden’s skin he almost fought someone. Very epic.pic.twitter.com/8ikHqxWSSj

Video of my confrontation with ⁦@JoeBiden⁩ over Charlottesville “very fine people” hoax. Note he always uses same script (bulging veins etc) like he’s trained to recite it. Media covered this but none linked to the transcript of Trump’s remarks that proves Biden lies 8/8/19 pic.twitter.com/6WD6q1Yhy8

Historically, Joe Biden has shown his true colors to be anything but red, white and blue.

Biden currently hides behind the presentation of a 'kinder gentler' Joe who will not stop the fracking, who will not raise taxes and claims to have a better health plan for all people. Yet the obvious truth about who Joe really is, what he really believes and how he would govern is the complete opposite of what he falsely portrays.

In this short but poignant video below, using well founded truths about Biden's past actions and present ideals, Jesse Watters makes the case that a vote for Joe Biden is a vote for a failed Democrat agenda which will "kill our country's recovery with lock-downs, tax hikes and regulations" and will "turn this country into Cuba."

The stark difference between these two presidential candidates is staggering.

Any of you need a list of @realDonaldTrump’s accomplishments for family, friends or co-workers, this is a good resource. #Trum2020

And to keep things fair while comparing the two candidates, here is an historical and current view of our President as well as the First Family.

Now please, tell me again: What has Joe Biden REALLY done for America in his 47 year political career that 'We the People' benefit from? (Notice I asked what has he done to benefit America as a whole, not just the Americans in his family.)

A vote for Joe Biden is a vote for ineptness, deceit and a failed Democrat agenda that favors civil unrest and violence over the rule of law. His administration would be based on a 'large government' blueprint, with an agenda utilizing socialist/communist guidelines with totalitarian efforts to enforce them.

A vote for President Trump is a vote for more jobs, a continued constitutional implementation of the rule of law, and a reassurance that each citizen's individual freedoms will not be infringed. President Trump's administration clearly demonstrates integrity and a willingness to diligently and equally serve all the citizens of this country.

THE CHOICE IS CLEAR! 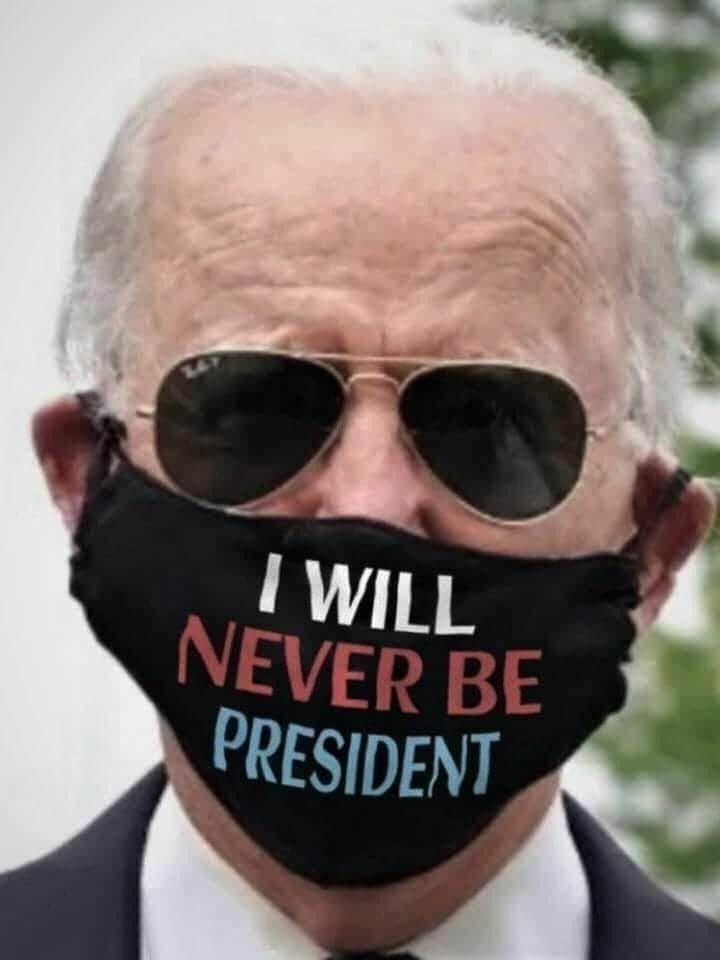 We don't think the Dems care about the presidency, they're distracting us so they can pull off a bunch of voter fraud in the House and Senate races.
https://rubyraymedia.com/index.php/top-stories-view-all-articles/this-video-montage-destroys-joe-biden 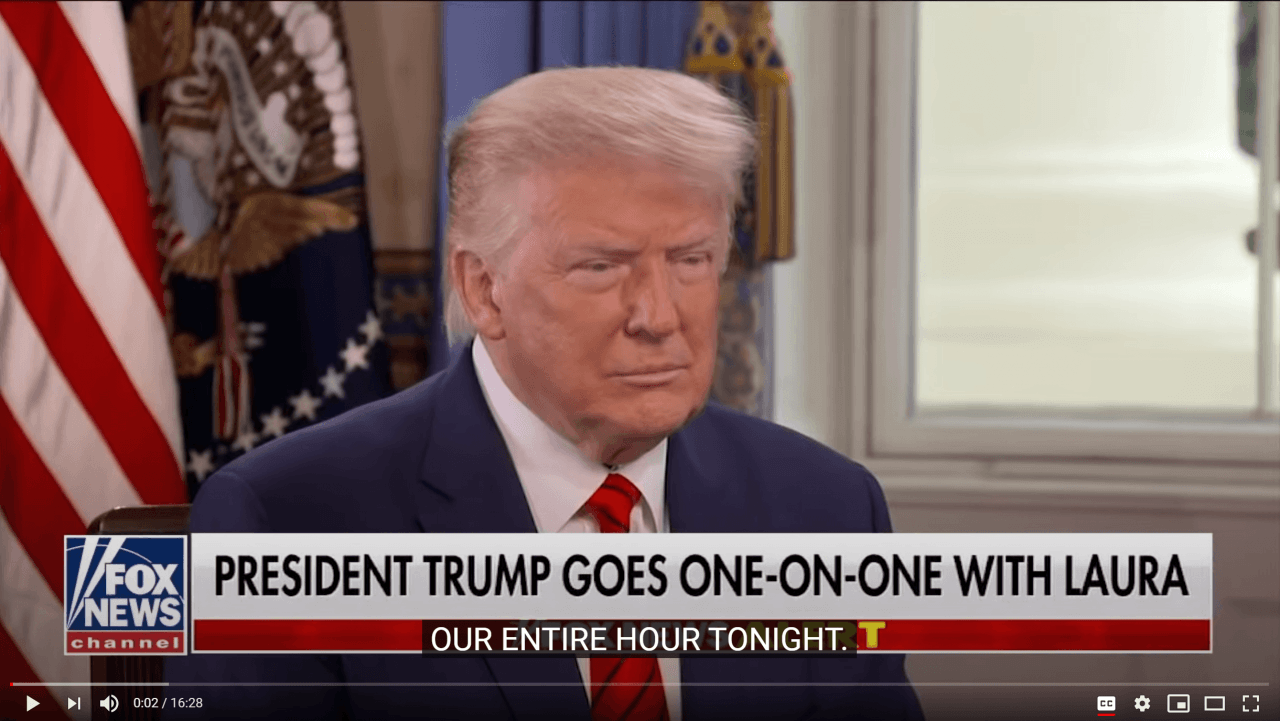 Laura Ingraham: Who's controlling Joe Biden?
President Trump: People that you've never heard of.
At this point, the globalist cult is in disarray. So, I believe that POTUS is referring to DNCCP operatives that are behind some
https://www.rubyraymedia.com/index.php/top-stories-view-all-articles/people-you-ve-never-heard-of

Ruby Ray Media - BUSTED! They Are Coming For You Joe!

Joe Biden's malicious activities during the #SpyGate scandal, as well as his past corrupt dealings in Ukraine, are going to be closely scrutinized now that he is 'officially' linked to the criminal investigation of both!

MyRR Arsenal: A mighty tide has begun, people are coming to RRM for many reasons, including a censorship-free safe haven for their content--and best of all, it's free! In addition to enjoying some of the best news and commentary on the internet, memb
https://rubyraymedia.com/index.php/top-stories-view-all-articles/host-your-content-where-it-can-t-be-censored
Tweet
How do you feel about this post?
2
0
0
0
0