Eye on Maricopa - Taking Back Corrupt Counties in America
08 May 2021
"The Court finds that Subpoenas are legal and enforceable. There is no question that the Senators have the power to issue legislative subpoenas." ...
Read More

A RINO Stew
04 May 2021
Steve Bannon has been slaying RINOs (Republicans In Name Only) for a long time but has never been more effective than he is today from his War Room opinion program on America's Voice. (There have now been over 50 million downloads of the po...
Read More
Font size: + –
Subscribe to this blog post Unsubscribe
Print
Featured This very smart, articulate and attractive congressional candidate for Baltimore, a 38 year old mom and entrepreneur, has great ideas to improve life there, "... to reclaim its status as a manufacturing powerhouse, to maximize the potential of the Port of Baltimore and connect its world-class importing and exporting abilities with the I-270 Biotech corridor and West Baltimore's Federal Opportunity Zone. This will bring manufacturing and medical supply chain industries back to the US through Baltimore, creating more high-paying careers with benefits and business opportunities for entrepreneurs in the District."

A couple of weeks ago I had the pleasure of meeting @RepVernonJones backstage at the @FaithandFreedom conference in Atlanta. He is a tough act to follow, truly inspirational.

*Side Note- I was standing on a 2 inch platform in 4 inch heels & still only came up to his shoulder. pic.twitter.com/hrKxViN9ZC

Council President Brandon Scott’s campaign strategy is what @realDonaldTrump & I posted about in July 2019...

..and what @ScottPresler actually did in August 2019.

We will hit every voter in Maryland’s District 7 before November 3rd.

Super Saturday was a success 🇺🇸

We are going to WIN!
November 3rd
Maryland’s District 7 pic.twitter.com/OOSyzuhk58

Kimberly Klacik on LinkedIn: I can’t promise to fix all your problems, but I can promise you won | 10 comments

I can’t promise to fix all your problems, but I can promise you won’t have to face them alone 🇺🇸
KimKForCongress.com Maryland’s District 7 November
https://www.linkedin.com/posts/kimberly-klacik-58598a66_i-cant-promise-to-fix-all-your-problems-activity-6715688647938609152-MuKP

Kimberly Klacik on LinkedIn: Great honor to be endorsed this evening by Senator Rand Paul. A Senator | 69 comments

Great honor to be endorsed this evening by Senator Rand Paul. A Senator that has been on the frontline, a true patriot, I am forever grateful. We are ... 69 comments on LinkedIn
https://www.linkedin.com/posts/kimberly-klacik-58598a66_great-honor-to-be-endorsed-this-evening-by-activity-6714327686031937536-ib3W

Tens of millions of you have shared the struggle of black people in Baltimore. You cared about our black lives more than our own leaders.

They have done nothing for us.
Now they can’t hide.
We are the change.

Kim wants to "create careers not just jobs." (see above)

"Many schools in the Baltimore region continue to fail our most vulnerable students. This is no longer acceptable. Families should have the ability to determine the best school that meets the needs of their children. School choice must include a 100% tax credit for all school-related expenses. Federal funding should follow students so parents can send their child to the private, charter, religious or home school of their choice."

Kim spent two hours on 9-11 in a sit-down in-studio livestreamed interview with broadcaster Tim Pool on his "Timcast IRL" YouTube account with 689,000 subscribers. They covered:

The Streets of Baltimore campaign ad that made Kim a star ...

Democrats don’t want you to see this.

They’re scared that I’m exposing what life is like in Democrat run cities.

That’s why I’m running for Congress
Because All Black Lives Matter
Baltimore Matters
And black people don’t have to vote Democrat
Help us win https://t.co/CSOjc9aQlS pic.twitter.com/XnEDTaDDIG

Kim's two-minute speech for the Republican National Convention in August ...

She told Mike Huckabee on his show on August 22 that she had raised $2 Million! Views of her famous ad then were at 10 Million views and are now up to 12 Million views. 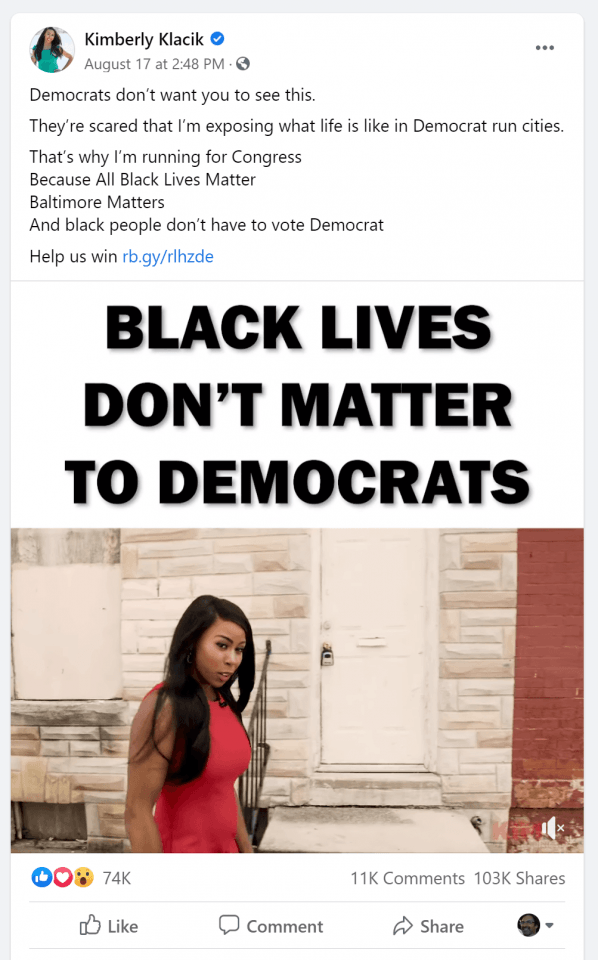 When the campaign strategy meeting goes on for 3 hours 🤣

...I think we are going to win this 🇺🇸 pic.twitter.com/GNIg9rV8lQ

Ruby Ray Media - Kim Klacik for US Congress for Baltimore


PLEASE FEEL FREE TO VISIT THIS GROUP AT THE LINK BELOW TO SHARE YOUR COMMENTS OR LINKS
https://rubyraymedia.com/index.php/community/groups/58-kim-klacik-for-baltimore 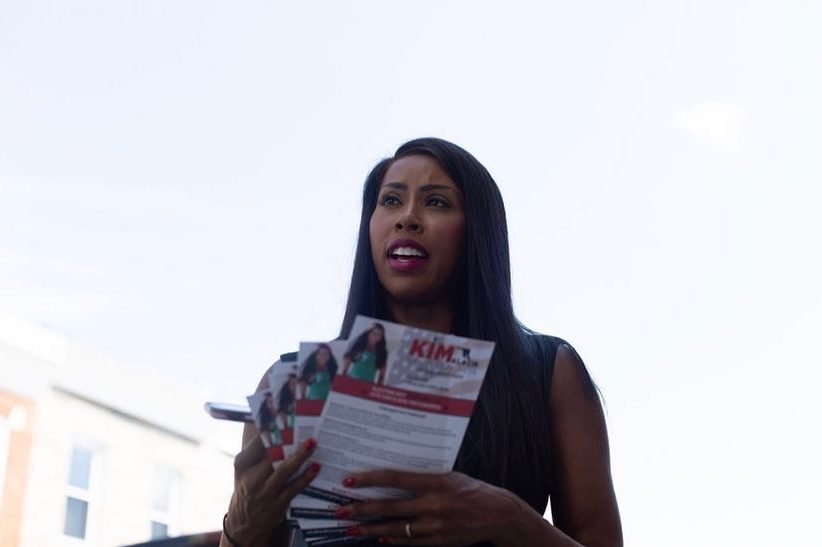 Kim Klacik said voters in her Baltimore district have expressed concerns to her about taxes and crime — the bread and butter of the GOP
https://spectator.us/kim-klacik-urban-gop-baltimore/

Be Part of the Great Baltimore Comeback - Kim Klacik for Congress

MyRR Arsenal: A mighty tide has begun, people are&nbsp;coming to RRM for many reasons, including&nbsp;a censorship-free&nbsp;safe haven for their content--and best of all, it's free!&nbsp; In addition to enjoying some of the best news and commentary
https://rubyraymedia.com/index.php/top-stories-view-all-articles/host-your-content-where-it-can-t-be-censored

Please visit and share your ideas with me on my timeline about Kim and the MAGA revolution that is continuing inexhorably to take America back from the enemy - or anything else that you would like to share. Thank you!
https://rubyraymedia.com/index.php/community/558-rubyfranz
Tweet
How do you feel about this post?
2
0
0
0
0