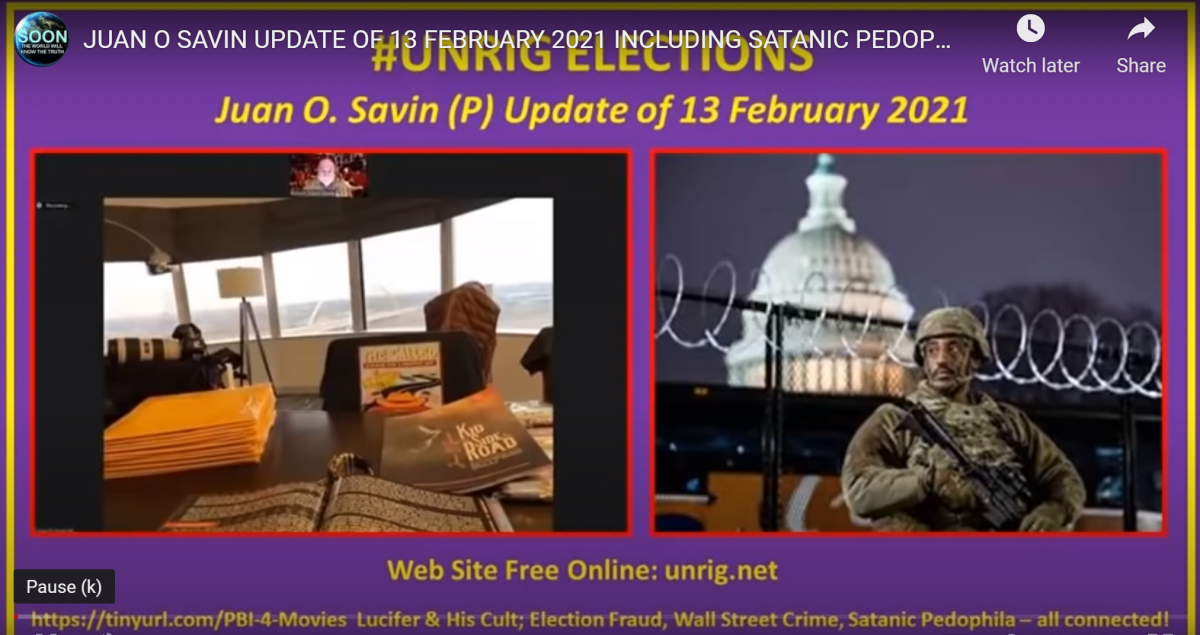 Mid-February Juan O Savin gave Robert David Steele a call and said, "I've got a quick update." We got a summary of the revolutionary war being waged winningly upon the satanic pedophile smoke-and-mirrors crowd.

The high-level discussion is even more relevant today than it was then, following POTUS45's State of the Union address yesterday at CPAC and SCOTUS declining the Election Fraud cases last week.

In a short interview conducted by Robert David Steele, Juan O Savin addresses the despair that many are feeling over the theft of the election and the systematic destruction of America being dictatorially executed by China Joe Biden and how there appears to be nothing stopping this sadistic marching of America toward her doom.

Juan explains, “What you’re being allowed to see is who these people really are,” and he maintains that the military is very carefully watching and waiting for every civilian option to be exhausted before taking action.

On February 19th and 26th, two election fraud cases will be heard by the Supreme Court. He says, “At the end of the day, if there is nothing there that they can act on to reverse this stolen election, then it’s going to revert authority…to the military, to protect America from a foreign attack that was originated offshore, outside of America. The revolution begins here to flip that back…

“This is about a revolutionary war against a foreign enemy that’s trying to take over our country externally. That enemy is defined as Globalists, international banking cartels, bloodline families, intelligence agencies and their operatives, working together in collusion – people that purport to be our friends – trying to enslave and control America by owning its leadership. And that’s not gonna stand…

“As we get through the last-ditch efforts on the civilian side, with Congress and with the courts, once that has all played out and they haven’t successfully responded to this cyberattack, this Pearl Harbor cyberattack on America, on our vote, then that responsibility will fully rest on the military.”

Robert David Steele then asks, “Would you call it a dual or tandem government, in that you’re allowing the fake administration to proceed but the military is basically locked-down?”

He responds, “Well yeah, you’re giving them room, while we work through the mechanics of deciding how to respond and allowing the civilian government to protect us. From a civilian side, Congress and the courts, they’ve been inadequate, at this point in time…

“After the military does its investigation; vets the data from that January 19th Director of National Intelligence report that came a month late concerning foreign interference in the election, if the courts and if the Congress are unwilling or unable, because they’re compromised and captured, to protect the Constitution and the Republic, then that responsibility, the last trigger is the military.

“And they’ve already been triggered. They have to do their own internal analysis of every single detail, vet every single detail in that report, verify it and then, once you’ve done that – which has already occurred – decide what’s the proper response.

“Because, according to Military Code 11.3 and 11.4, they then have to protect the country first, the Republic…and then they have to, as quickly as possible, restore legal civilian authorities to power. And that’s a process, it’s not instantaneous…

“There’s a lot at stake. It’s not just the US and it’s not even who’s controlling the military.

“You can’t kill the country to save the country, so you have to allow room for everything to keep moving, everything to keep flowing…we’re in a very serious situation and there’s a lot of finesse gonna be required, here. People cannot go off the handle and be pissed-off because it didn’t happen in a heartbeat, like a TV episode.”

Later in the conversation, Robert forces Juan to become crystal clear on where he stands regarding the topic of topics:

“We’re talking about Satanic pedophilia, the trafficking and torture and murder and cannibalization of children and the drinking of adrenochrome as a drug.”

To which Juan responds, “Right. Because, part of the thing is – this is a really important point – why would they do such a thing? Because they have this Law-of-the-Jungle kind of mentality…That’s how they show that they’re King of the Beasts; the top of the food chain.

“And so, they’re literally operating in a way that shows them to be the Top of the Food Chain, by literally feeding on the other animals. That’s the way they view us.”

Robert wants to make sure that this point gets driven home. He says, “Just to clarify…you are saying that Satanic pedophilia is the core aspect that we need to take down, as part of taking down the Deep State?”

Juan responds, “Absolutely, these are Baal and Moloch worshippers, that you see in multiple societies.”

Robert replies, “That’s all I need. Do you have a last word…?”

Juan says, “Everybody needs to take some deep breaths. Cut the crap about ‘nothing’s happening’. A lot is happening. If you don’t know everything that’s happening, thank God that the key people in key positions aren’t giving away all of their next moves to everybody."

“You’re in a war. Understand that and act like it. Everybody needs to close ranks, stand firm, take some deep breaths. We’re a lot bigger than these monsters that we’re going after. The only thing is we can’t be dishevelled as we do it. Straighten-up your blouse, your uniform. We’re going after ’em. Hold together.” 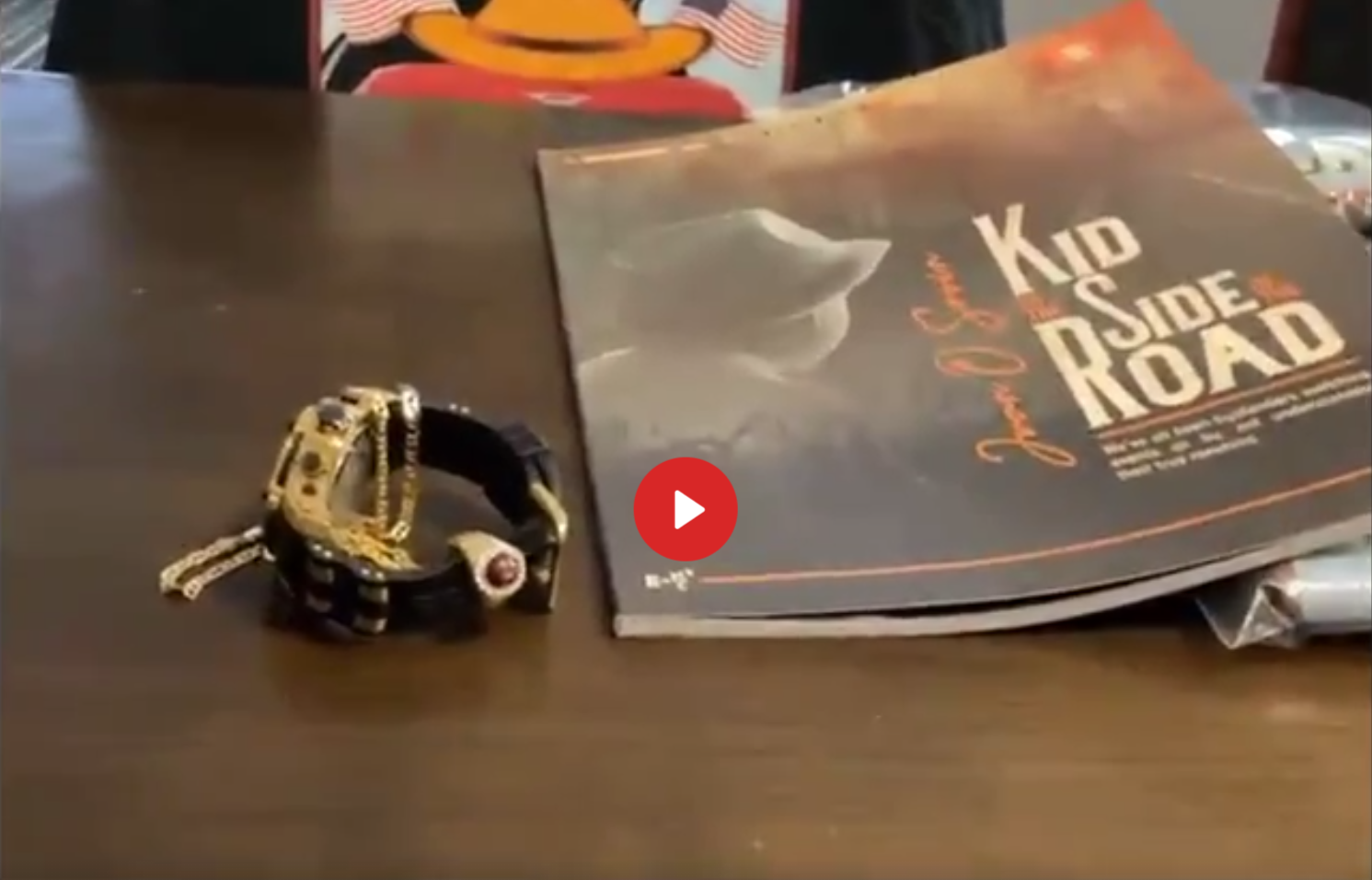 Thanks, Gypsy Spirit, for posting this in MyRR: https://rubyraymedia.com/index.php/community/stream/item/20991 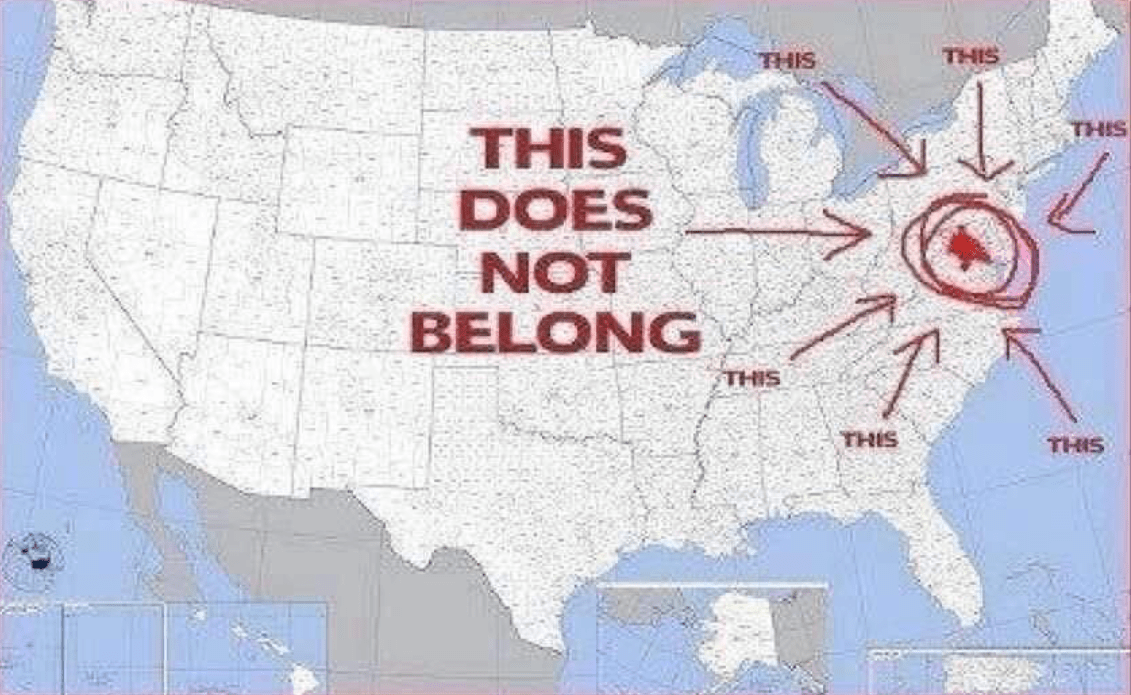