Elon Musk now owns a little over 9% of the stock, which positions him as a significant shareholder.

Tuned into Musk's business history, Twitter's board of directors can see the writing on the wall. Aligning themselves with one of the most intelligent men on earth, who's proven his business profit-making expertise repeatedly, was a wise move indeed! 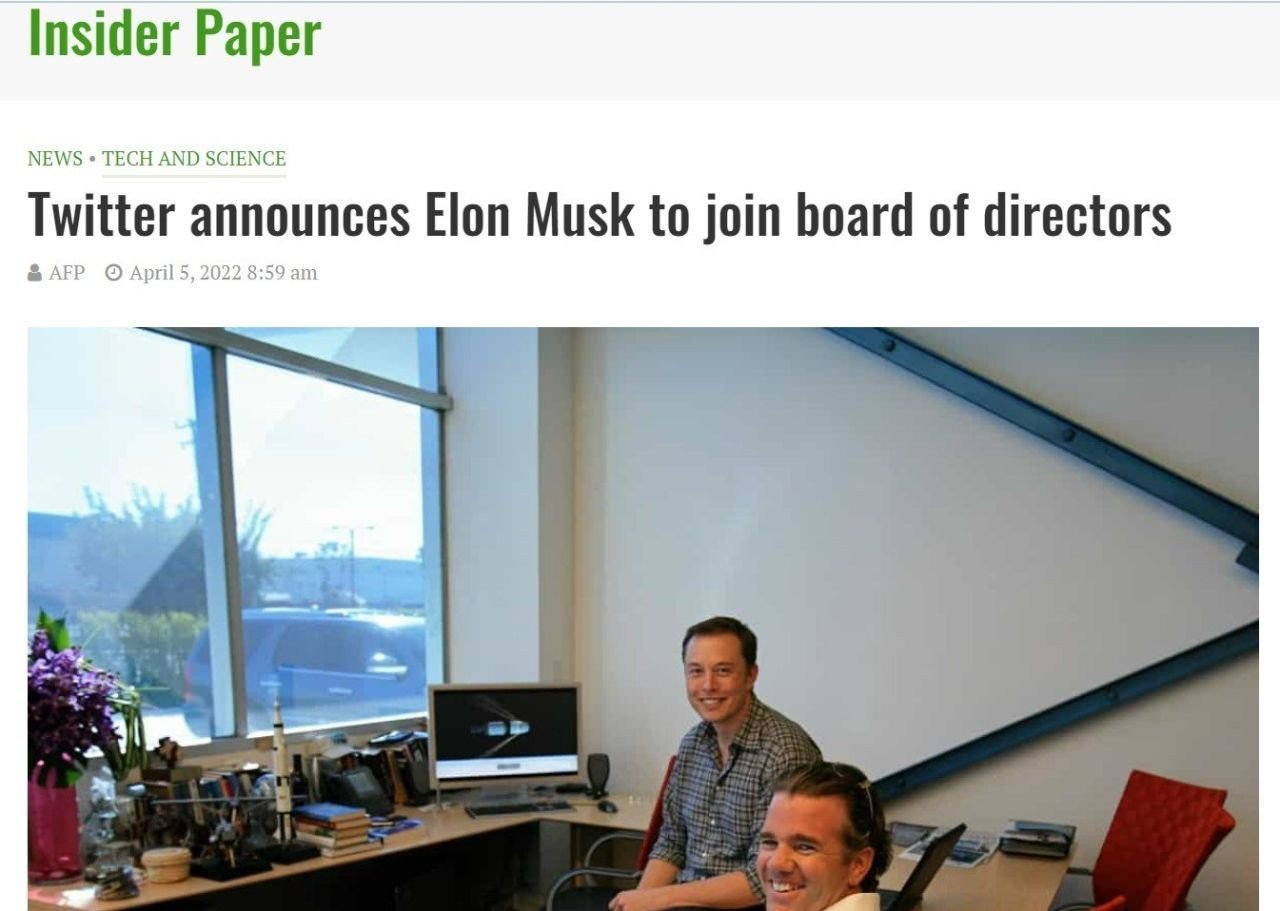 Elon Musk will join Twitter's board of directors, the social network's chief executive announced Tuesday, a day after the Tesla boss bought a major stake in the company and became its largest shareholder. "I'm excited to share that we're appointing @elonmusk to our board! Through conversations with Elon in recent weeks, it became clear to us that he would bring great value to our Board," Twitter CEO Parag Agrawal said in a tweet. He called Musk "a passionate believer and intense critic of the service which is exactly what we need" at the company.

"Free speech is essential to a functioning democracy...Do you believe Twitter rigorously adheres to this principle?"

More than two million people voted in the poll, with over 70 percent saying "no."

"Given that Twitter serves as the de facto public town square, failing to adhere to free speech principles fundamentally undermines democracy. What should be done?" he continued the next day. "Is a new platform needed?"

"Just buy Twitter" was one of the first responses from tens of thousands of users."

Free speech is essential to a functioning democracy.

Do you believe Twitter rigorously adheres to this principle?

As an innovator with a brilliant mind for business, Elon Musk made this move with one intention, to eventually own and control Twitter, as reported by The Blaze:

"A regulatory report released after Musk's purchase of the shares indicated that the billionaire's investment is long-term and that he was looking to minimize his buying and shelling of shares.

In a note to investors, Dan Ives of Wedbush Securities said that he expects Musk's considerable — albeit passive — stake in the company to be the first step in Musk acquiring more of the company so that he can exert his influence over it."

Little known fact: Musk had a legal entanglement with Twitter in March 2022.

"In early March, Musk asked a federal judge to nullify a subpoena from SEC regulators and throw out a 2018 agreement that required Musk to have a third party prescreen his Tweets before posting them.

The Associated Press reported that Musk's legal team is arguing that the SEC's subpoena has "no basis in law" and that the SEC has used the court agreement "to trample on Mr. Musk's First Amendment rights and to impose prior restraints on his speech. "Musk's ultimate aim with his newly obtained influence in the company is unclear, but in recent days he acknowledged that he was "giving serious thought" to building his own social media platform." ~ TheBlaze

Elon comes by his fortune and genius legitimately.

Currently the richest and one of the most intelligent people on earth, Elon Musk has set the social media world on fire with this latest move.

Musk can easily purchase the controlling interest in Twitter, and thankfully, we are headed in that direction. 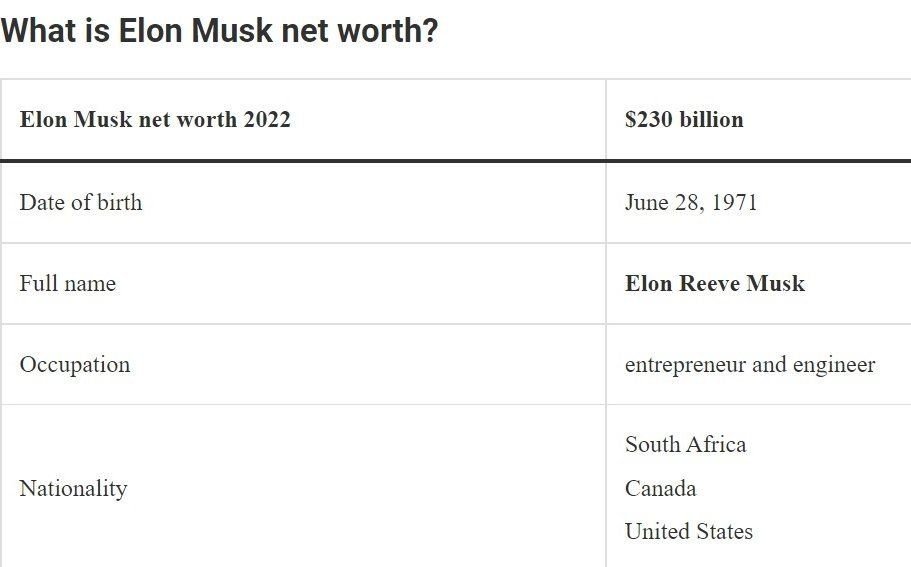 Elon Musk has worked long and hard to develop companies based on the world's future needs. With his SpaceX successes and top-notch manufacturing facilities like Tesla, investing in Twitter aligns with his overall mission to help humanity. Free speech is essential to maintaining all people's inherent liberties.

I believe, like Trump's introduction of Truth Social, Elon will help rid the internet airwaves of communist tactics to deny free speech platforms. 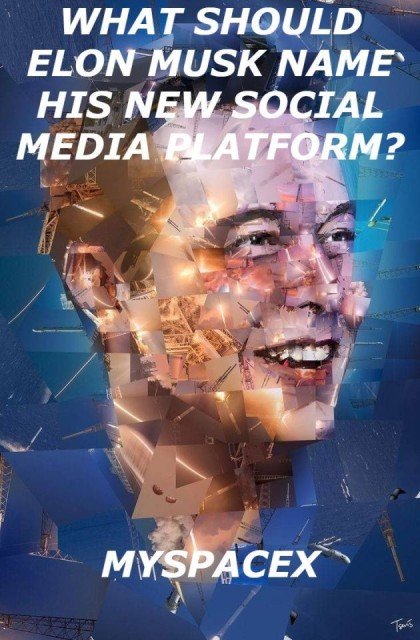 Trump agrees: Elon Musk is one of the best at what he does, and in a recent interview with CNBC said this about Elon: "...he's one of our great geniuses, and we have to protect our genius'."

Tesla's now worth more than GM and Ford. Do you have comments on Elon Musk?

Well, you have to give him credit. But I spoke to him very recently. And he's also doing the rockets. He likes rockets. And he does good at rockets, too, by the way. I never saw where the engines come down with no wings do anything, and they're landing. I said I've never seen that before.

But he's done a very good job. Shocking, how well, you know, how it's come so fast. I mean, you go back a year, and they were talking about the end of the company, and now all of a sudden they're talking about these great things. He's going to be building a very big plant in the United States. He has to because we help him, so he has to help us.

Oh… and BRING BACK TRUMP! Patriots are taking back control.

There is strength in numbers and power in strong voices.
Trump is one of the most vital voices for liberty today.

Let us rejoice that we will once again, in uncensored fashion, be posting on Twitter and reading MEAN TWEETS!!

Elon Musk and like-minded, free speech supporting billionaires buying a controlling stake in Twitter is the only plausible "market-based" solution to censorship on the platform

What if @elonmusk bought 9.2% in Twitter not to fix it, but rather to expose the insane ways the algorithm and activist employees have been manipulating us? (Shadowbans, de-bosting, reading our DM’s, etc.)

Maybe he can find out who at Twitter censored the Hunter Biden story?

To all liberals who are losing their beloved anti-patriot platform,
Elon Musk posts a good-bye tweet: 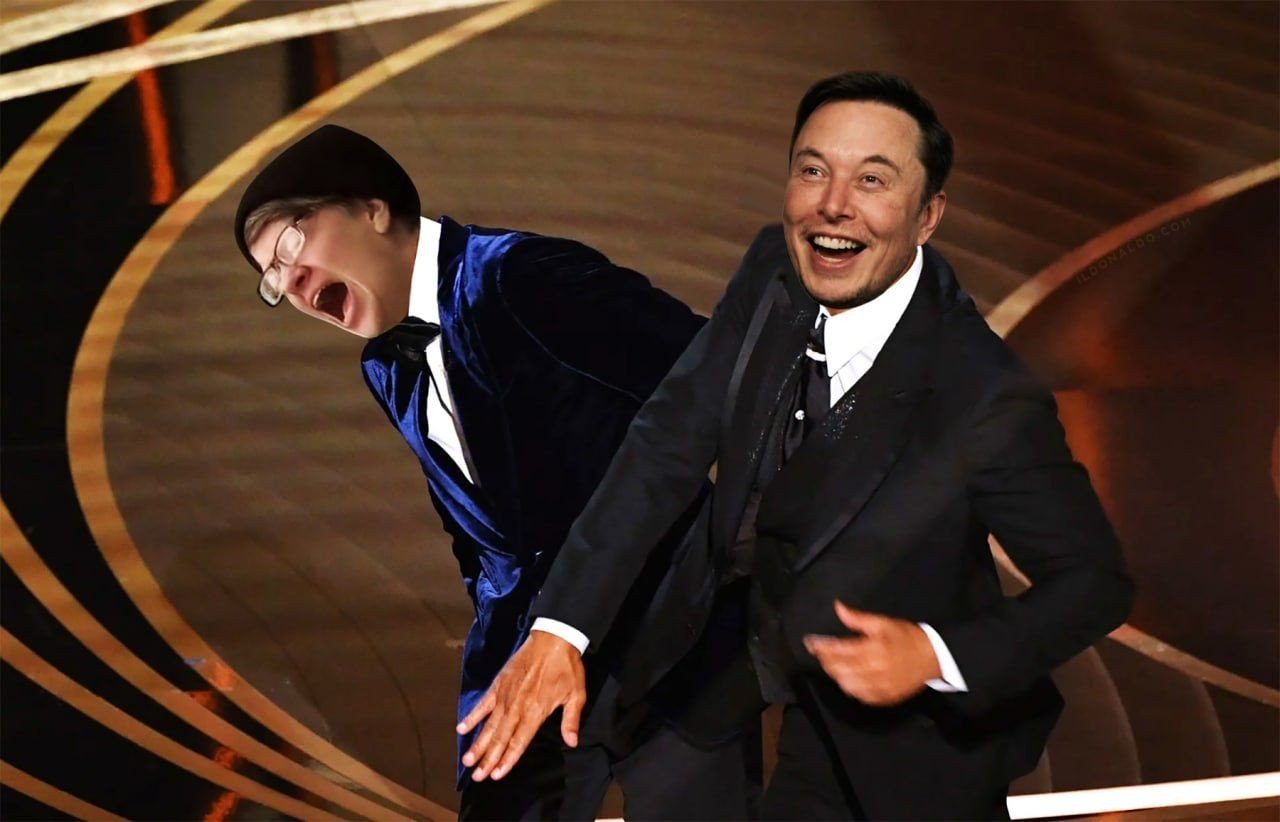 We Are The News NQW! The Cabal is Going, Going...GONE! 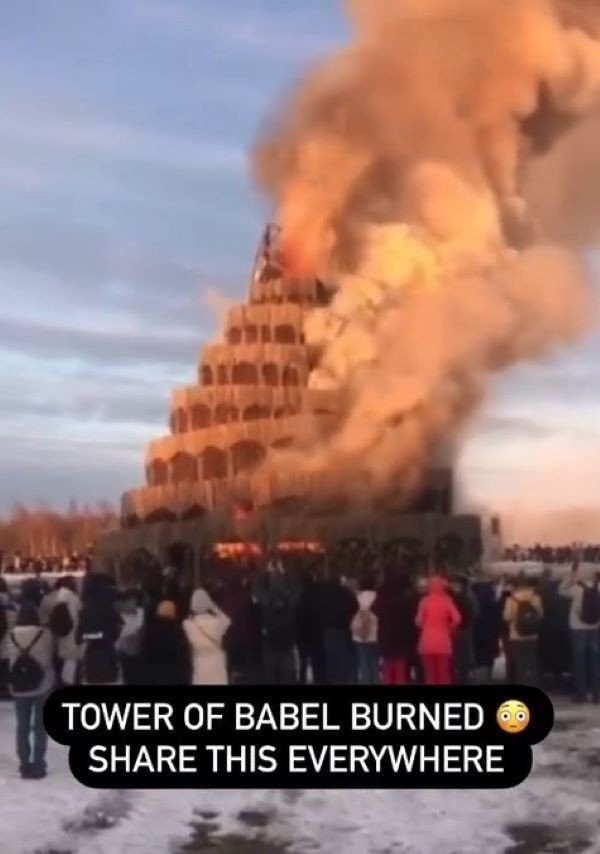