Population Control: Are the Elite Intentionally and Secretly Working to Reduce World Populations?
22 June 2022
In 2014 Kenya's Catholic Bishops accused the WHO and UNICEF of intentionally injecting young women and girls in Africa with tetanus vaccines that were deliberately contaminated with HCG, which would cause miscarriages and the inability of many women ...
Read More MAGNIFICENT MERCOLA: The Psychology of Totalitarianism
20 June 2022
STORY AT-A-GLANCE Mass formation is a form of mass hypnosis that emerges when specific conditions are met, and almost always precede the rise of totalitarian systemsFour central conditions that need to exist in order for mass formation to arise are w...
Read More 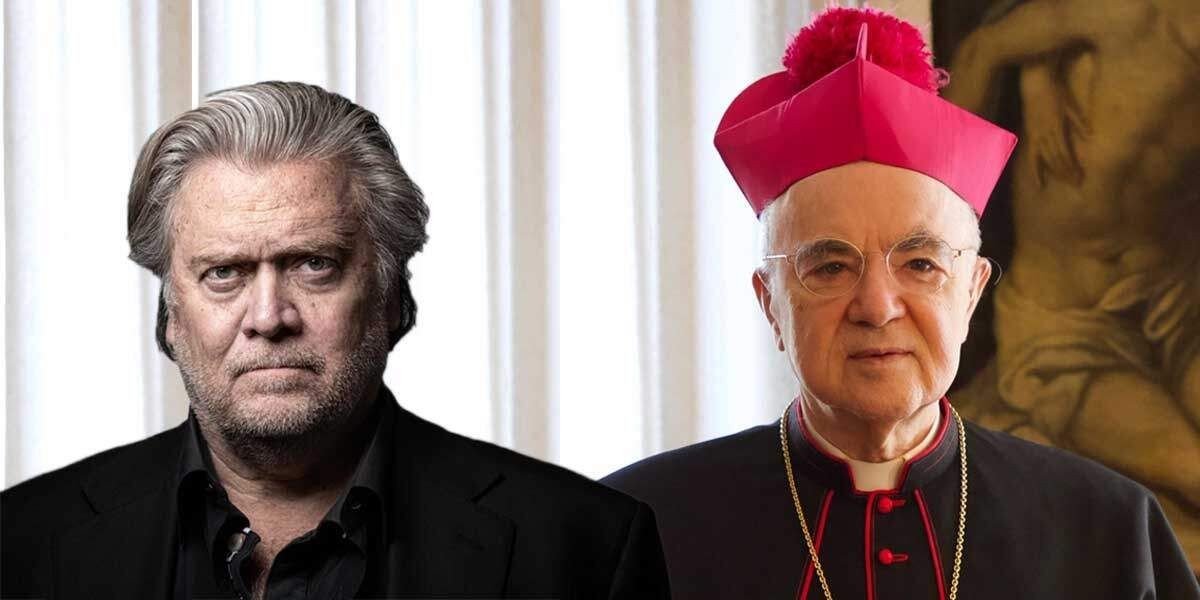 Your Excellency, after the psycho-pandemic, we now have the Russian-Ukrainian crisis. Are we in "phase two" of one single project, 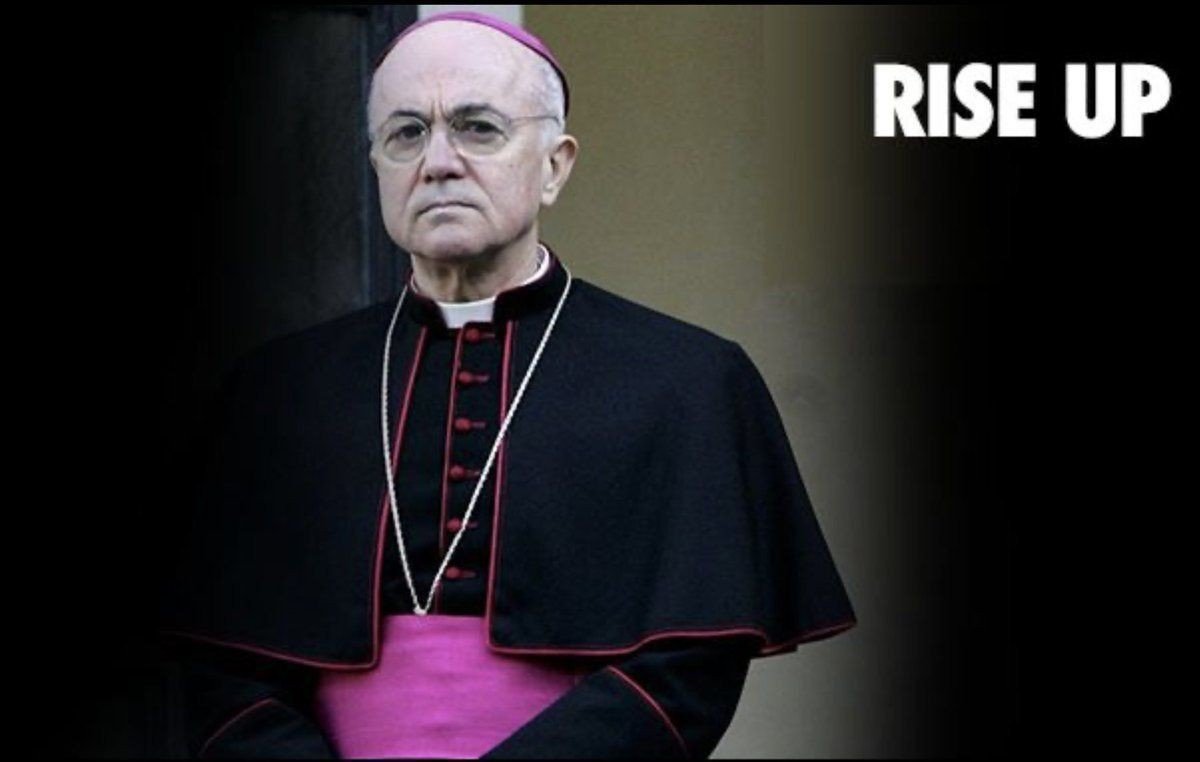 Archbishop Vigano makes it clear, We the People are rising!

When Vigano speaks, the world listens. His wisdom is not just strong; it is a powerful voice as if the universe is speaking through him. He expounds on a few critical issues related to the June 24, 2022, Supreme Court decision to overturn Roe v Wade in his latest statement issued on the eve of the decision.

You will find his video statement and the full transcript below these highlights: 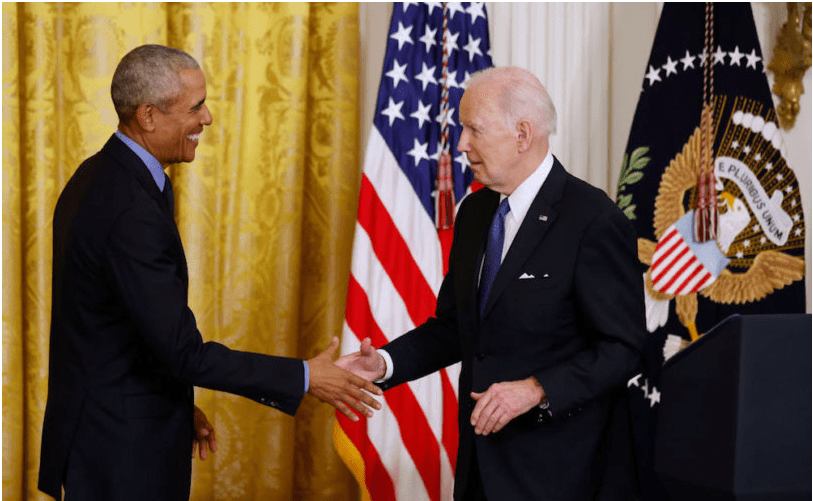 Population Control: Are the Elite Intentionally and Secretly Working to Reduce World Populations?

In 2014 Kenya's Catholic Bishops accused the WHO and UNICEF of intentionally injecting young women and girls in Africa with tetanus vaccines that were deliberately contaminated with HCG, which would cause miscarriages and the inability of many women to get or stay pregnant.

In the film below, we can see clearly what happened and the official response to the accusations. See the evidence for yourself. 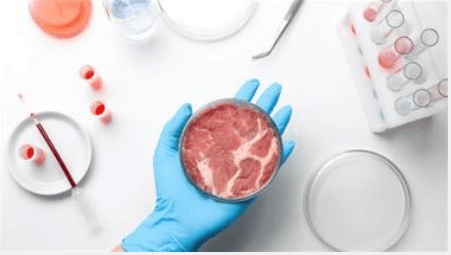 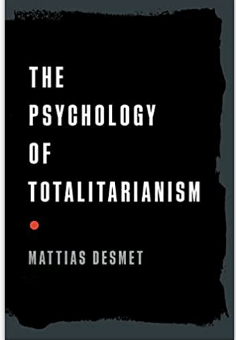 MAGNIFICENT MERCOLA: The Psychology of Totalitarianism 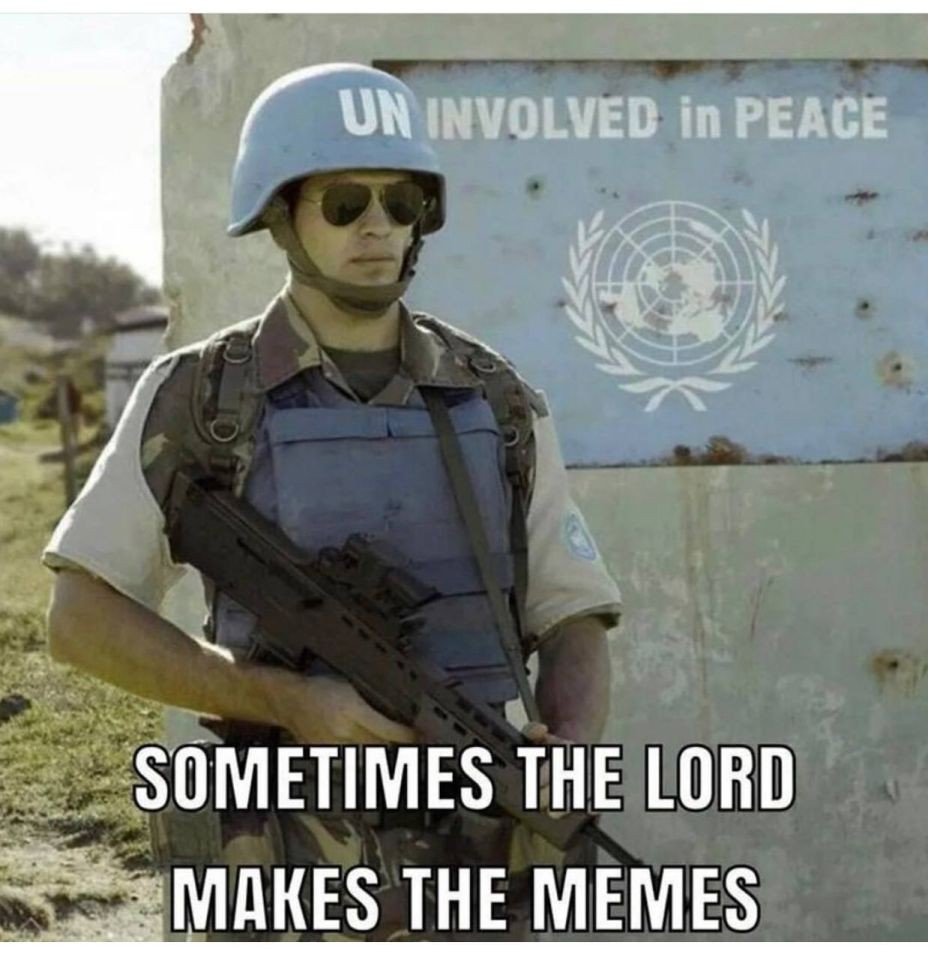 That's a Lot of Gold, Uganda!

The security issues this discovery creates are herculean. Vultures from within and outside Uganda will flock for a piece of the wealth. The evilest of them will be the New World Order vultures, fresh out of their Davos coven meetings, looking for a way to steal more gold to prop up their failing plans to rule the world.

Listen to the video below for 'controlled news' about this colossal event, then read on for insider information regarding United Nations shenanigans. 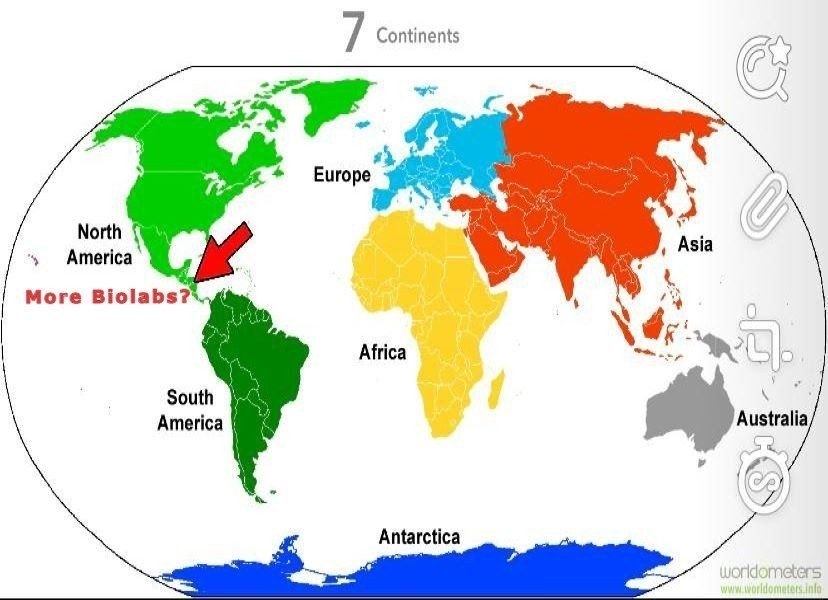 EYE ON Biolabs: Is Nicaragua Next?

Putin's biolab clean-up in Ukraine is a success. And Nicaragua noticed.

As reported by CBS News (yes, I know, what's up with CBS, right?), an arrangement has been made: 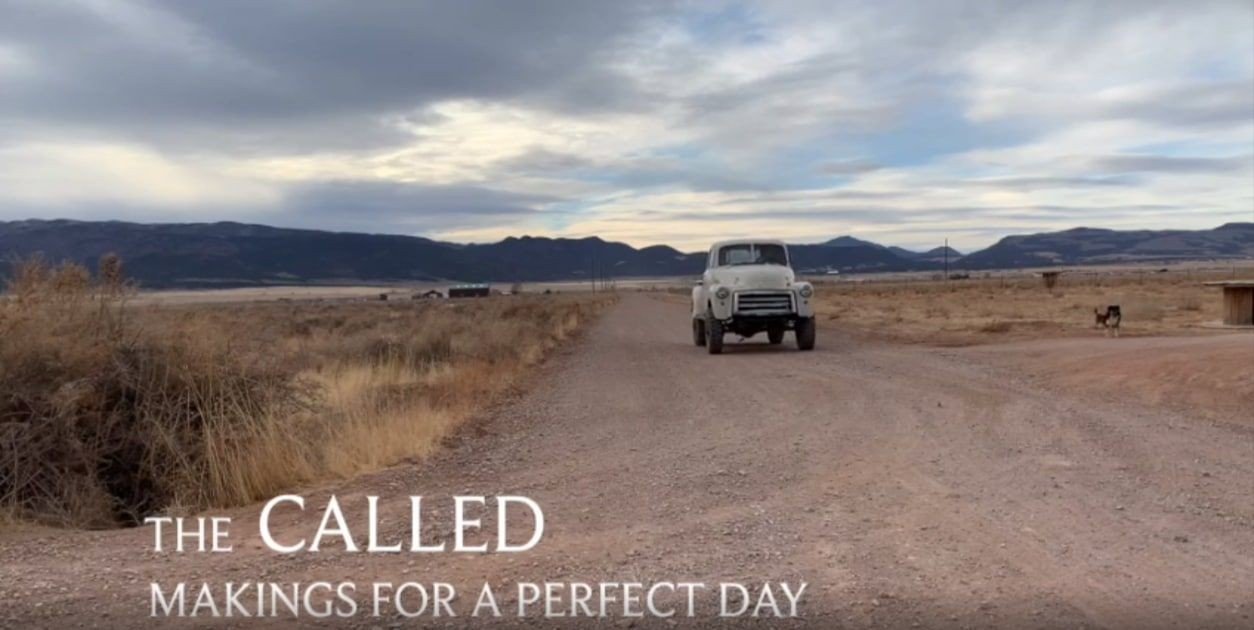 Juan in his old GMC on the Nevada ranch - The Called: Makings For A Perfect Day

For several election cycles, the Osiris Death Cult that, about a century and a half ago, put their counterfeit corporatist overlay over our country - Michelle Klann calls it the "pirate ship" - has had their gofer front guy, George Soros (born Gyorgy Schwartz, a Nazi psychopath) advance cash and logistics to the dimm-dumm party to place communist traitors in key political positions of our States, primarily the Secretary of State position, which gives the criminal frauds the ability to steal national elections, something they did in a massive way in 2020. They got caught red-handed, dead-to-rights, and #WeHaveItAll. 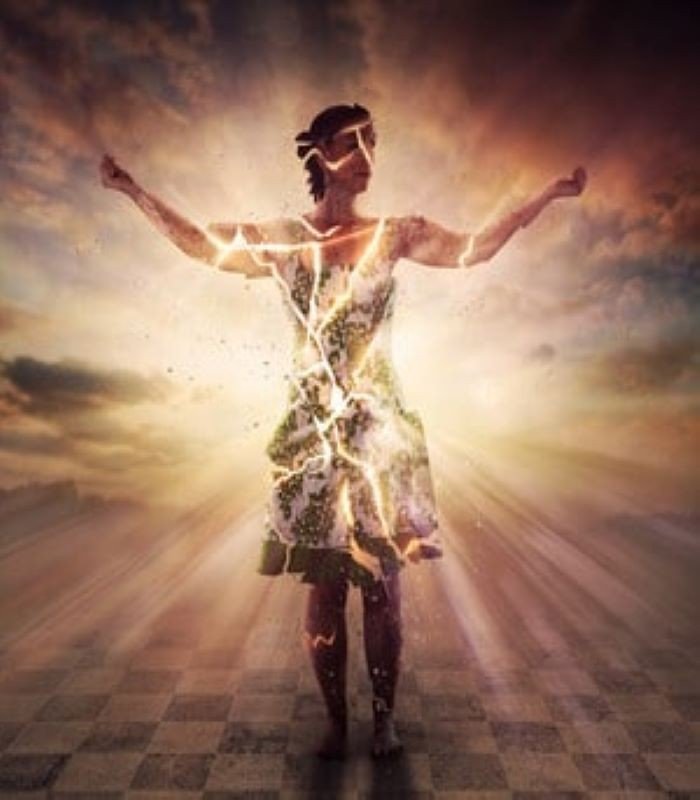 TRUTH Seeping Through the Cracks

"The Wound Is The Place Where The Light Enters You" ~ Rumi.

"As humanity unites in love and hope, our world becomes smaller and larger simultaneously. We connect in many different ways. Ruby Ray Media is honored to be connected with Africa through our brilliant and talented friend, Patriot brother, and superb entrepreneur, Georg Ritschl of Ogonise Africa.  Georg's talents are not confined to creating a delightful array of quality orgonite products; his writing skills are also excellent. His newsletters are filled with wit, wisdom, and insight. Georg's latest insights delve into the cracks in our world, revealing all its darkest secrets while enabling us to heal as the light enters." ~ Beverly Wood

As Dr. Jaishanko, India's Minister of External Affairs, notes in the video, India represents 1/5 of the world. The influence they have upon the world stage is quite substantial. Although their national accomplishments often are purposefully ignored by the corporate media, India stands far above other countries in its ability to adapt to modern changes without the deep state interference seen in many countries.

Keeping the New World Order at bay for a whole country is quite an achievement.

On the other hand, India cut the cord to the New World Order as it arose in their land. As a country, their political consciousness is raised beyond being 'fooled' into allowing the deep state and NWO to infringe upon their precious democracy. They do not let corruption take root.  And it shows in their political, economic, and cultural traditions as they grow forward into a new age. 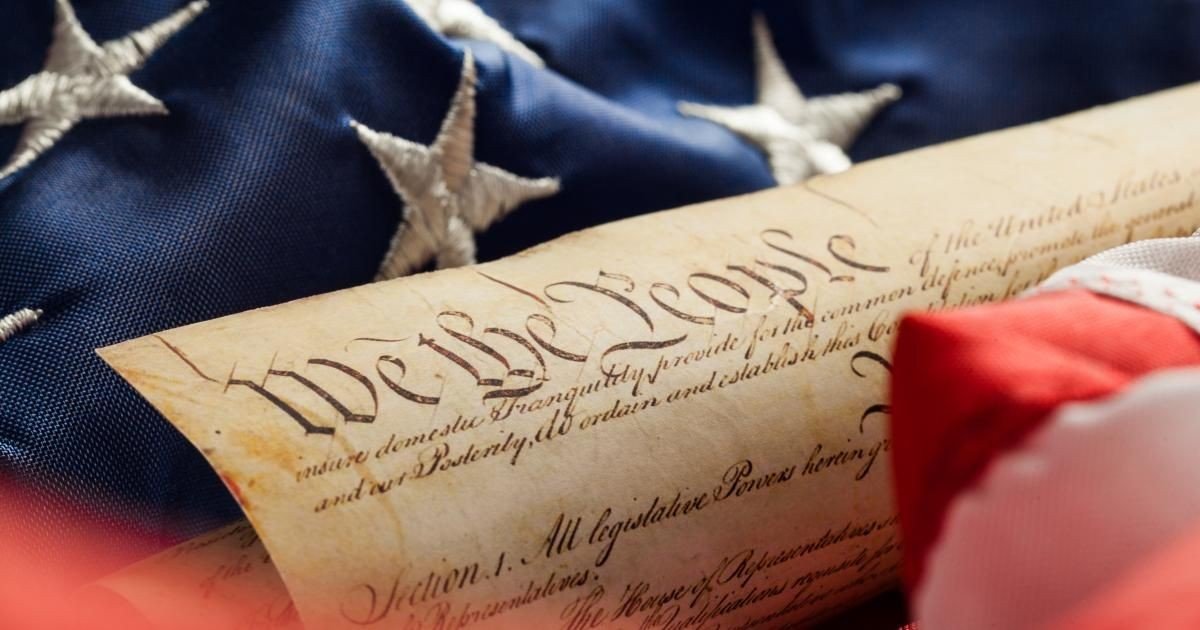 MAGNIFICENT MERCOLA: We’re Now in the Last Stage of a Tyrannical Takeover 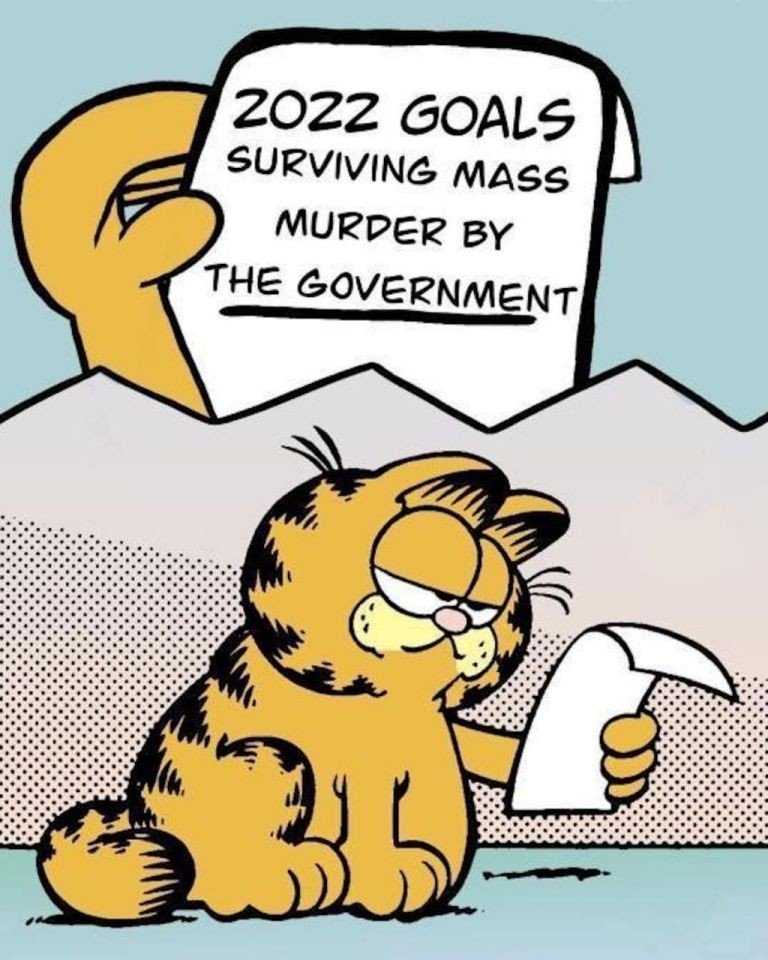 Setting up a patsy to blame for deepstate assassinations, mass murders and other acts of terror, goes back in this country at least to Lincoln's assassination. (Before Lincoln, they tried to kill bankster-slayer Andy Jackson but God had his back, He needed him to "kill the Bank" in the mid-1800s.)

According to Jesuit priests, whistleblowers against the Jesuit Black Pope and his army, the Black Nobility's Deepstate Vatican Assassins, the Order of Jesu, ordered those hits. JFK too, we learned a long time ago, who was shot at by at least three riflemen, some say four, and hit by two of them, one that hit Kennedy in the neck and one that hit him in the right temple, in a triangulated sniper hit.

This terror act was lamely covered by an impossible patsy narrative involving Oswald, aggressively and mockingly peddled to the nation and the world by the Secret Handshake club, deceiving men and their chattering hyenas, gaslighting us all with the "conspiracy theory nut" pejorative just for speaking about what was clear as day. Soviet-chill on water-cooler talk. We thought we were free.

We are well aware the elites who control Hollywood, world finances, big pHARMa, fake news, and grand political structures dutifully maintain their predictive programming agenda using modern media. Propaganda is easy to pass onto the masses via that tv in every home and those streaming devices we carry in our pockets. But how did the elites of yester-year program the common man and woman before 90% of earth's population had modern tech devices? 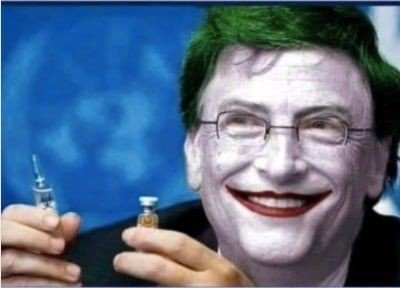 There is a Big Meeting in Davos, Switzerland Going on Right Now: What are They Up To?

Why would anyone think that whatever they are planning, is for the good of the planet? Do these elites know what is best for us? Moreover, should they have the authority to make any decisions on behalf of this planetary body? Everything they do and plan has an end goal of absolute control over us. Under their rule, we would not only own nothing but we would have no freedom. We would be destined to be their slaves. But we will not have it. We will not surrender our sovereignty or freedom to a global elite. 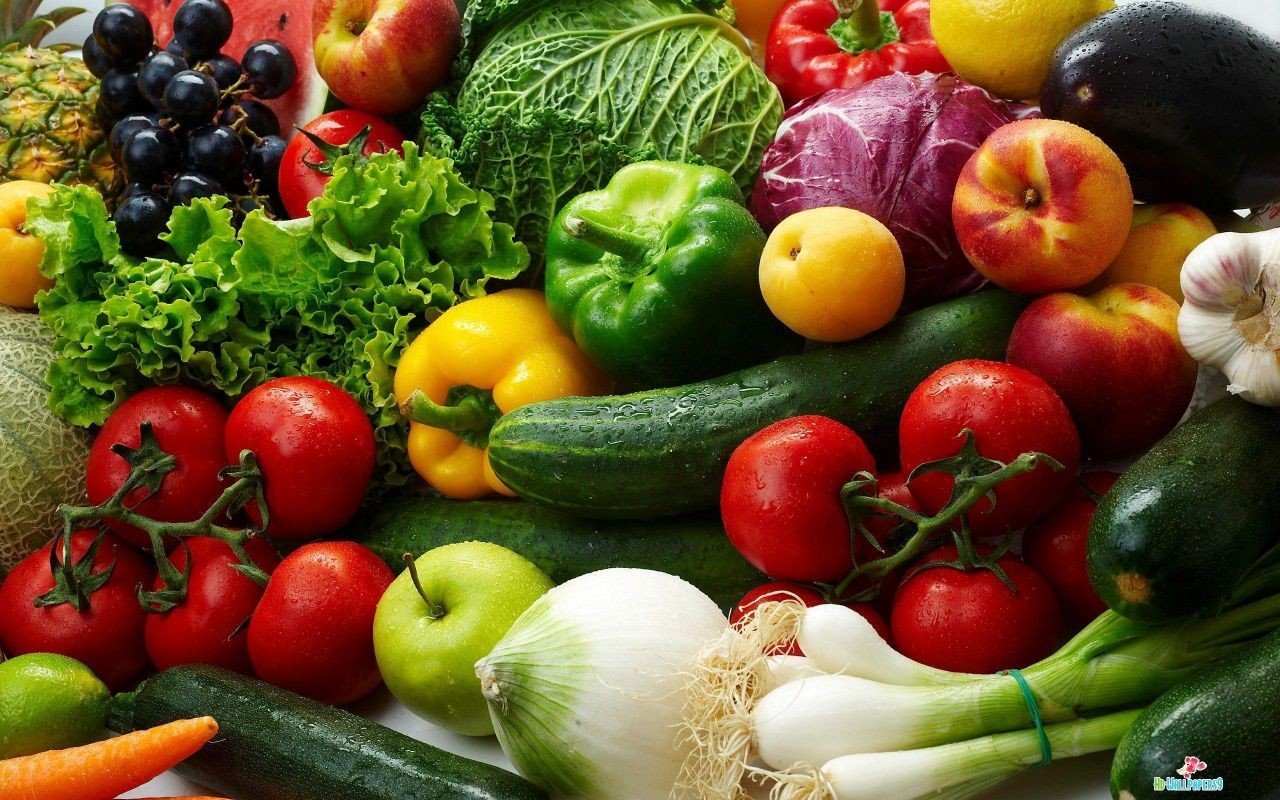 "They" Will Stop at Nothing to Control Your Food

Today I am sharing more information with you about new ways the global elite are trying to control our food supply. By using themes such as the climate crisis they are working on changing the way our food is grown and distributed. Do you want the global elite controlling how much and what kind of food you can eat?

Just so we're clear, it seems awfully convenient that we are having baby formula shortages at the same time that many food plants around the country have mysteriously caught fire and been destroyed while at the same time Union Pacific Railroad is limiting the amount of fertilizer they will ship around the country, while at the same time the Biden Administration has been forecasting coming food shortages. But even more interesting, which is covered in the below video, the elites are getting pretty worried that they can't control us as much as they would like. All it takes is enough of us to stand up and it's game over for those guys!

The engineered food shortages in the United States put me in mind of what Stalin did in the 1930s in Ukraine when he intentionally closed the borders, prevented grain from getting into Ukraine, and instituted fines and punishments for anyone who would help the starving Ukrainians. More than 6 million people died during this genocide. Did I say the "engineered food shortages in the United States?" Yes, you heard me correctly. If you can't see this, you aren't paying attention, my friend. There is a plan by elites to control consumption across the planet. Sustainability: the buzzword of communism.

It's time to make Americans gardeners again. It's time for Americans to start buying more locally again. Grow your own gardens, buy your meat, eggs, and other goods from local sources and for heaven's sake, please do make your own nutritious baby formula if you aren't breastfeeding.

It is also time for Americans to start bartering again. One example is if you don't have time to make your own baby formula, can you pay your neighbor or friend to help you with that? What can you do for your neighbor in exchange for help with baby formula making? We are Americans. We have that "can-do spirit". We may have to team up to get through whatever hard times may be headed our way. There is no need to panic.

"There is no law that requires the average American citizen to be liable for income tax." Tom Cryer

Tom Cryer, an Attorney at Law from Shreveport, LA, refused to file or pay income taxes until the United States Government could show him where the statute was written that required him to do such.

After a lengthy court battle with US Government attorneys, Tom Cryer was acquitted of wrongdoing by a jury of his peers in 2007.

Why?? BECAUSE THE LAW REQUIRING THE AVERAGE CITIZEN TO PAY INCOME TAX DOES NOT EXIST! 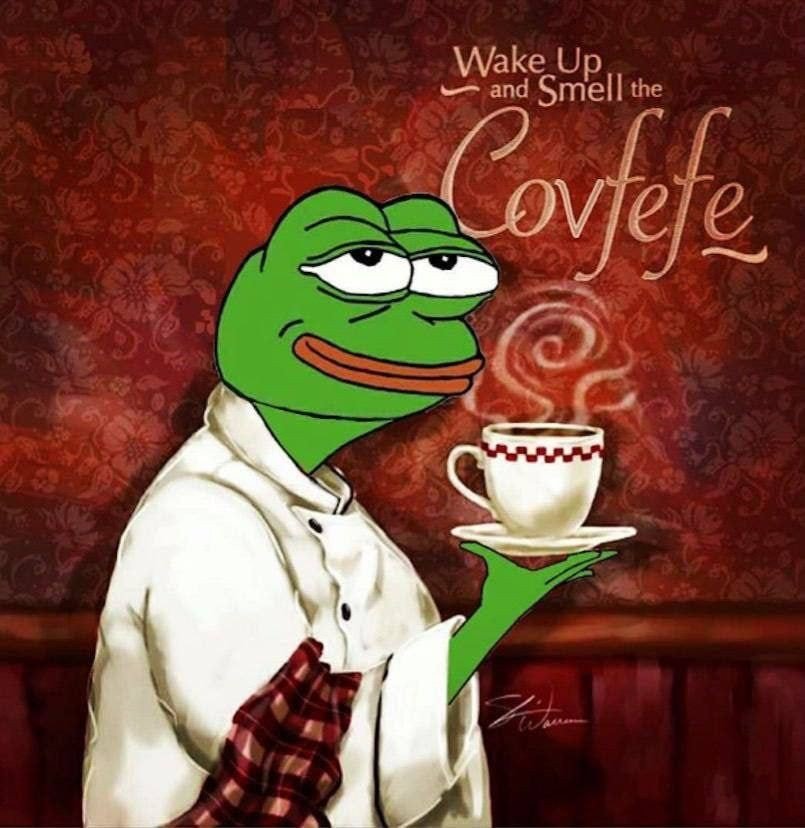 The Great Awakening Is For Everyone: "5 Rules for Waking Normies"

Waking up is hard to do

Perhaps it was not that hard for you and me, but as we notice, across social media channels, in our own families, and within our communities, waking up normies can be hard. 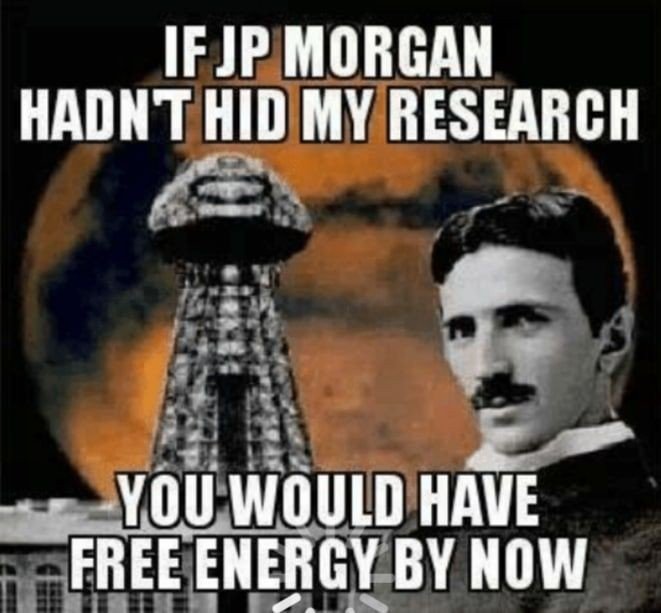 Many readers know that Nikola Tesla discovered Free Energy a hundred years ago and that powerful interests in the freak world suppressed the tech he developed. He was likely murdered for it too, as have others. As mankind seeks the sovereignty that is their right, Free Energy will be possible, it's coming.