Fresh new faces have come to the forefront of America's election campaigns, some making a name for themselves after the campaigning is done. Kim Klacik comes to mind as such a one.  Kim lost her 2020 bid for Congress in Baltimore, Maryland, yet remains politically active and continues to make a huge difference in her community. She plans to run again because she suspects there is more to her losing than meets the eye.
Learn more about her here: Kim

We also have another example; the ever-controversial Marjorie Taylor Green (aka MTG), whose courage is so outstanding since winning her 2020 election Georgia House of Representatives seat, her truth telling style makes the left cringe. In fact, she is such a threat to the dead-beat establishment do-nothing Democrats (and a few rino's) in the House of Representatives, she was stripped of all committee appointments just weeks into her service. Why? Well, the real reasons are obvious once you understand the corrupt ones she serves with daily. Learn more about her here: MTG

We now have another new citizen warrior entering the political arena for the first time whose face and name are already known by many households in Arizona. She was a very well-respected award-winning news anchor. Listen to her tell why she left that high powered position.

PragerU.com did an interview with Kari, where she expounded further on the details of her exit from a career in TV journalism:

"News Anchor Kari Lake worked for the top news station in her state. However, as an experienced reporter, she began to notice a disturbing shift in journalism: fiction presented as fact and obvious bias depicted as truth. Sadly, the days of journalistic integrity are over. Hear what eventually caused her to quit her job in mainstream media."
(video interview is in tweet below)

She quit her news anchor position and is now running for Governor of AZ. https://t.co/aSJdMRMxh3

Here is an exclusive interview by Larry Elder with this extraordinary woman on the day of her public announcement as an Arizona Governor candidate in the coming 2022 election: 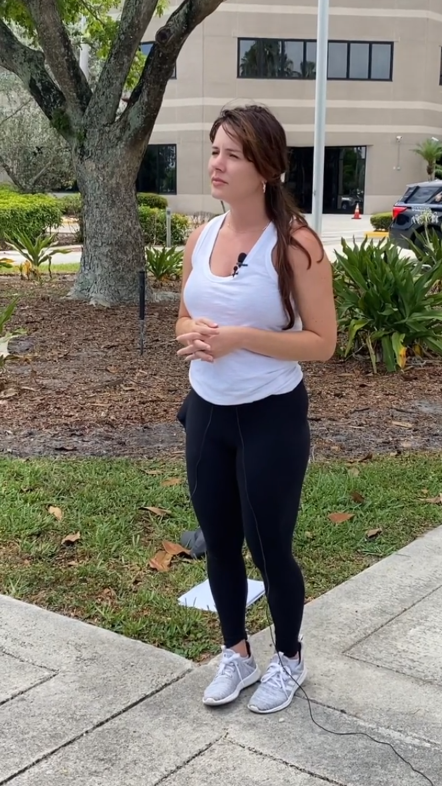 Jessi Melton, mom and American heroine, has not worn a mask all year, is saying, "Unmask our kids. Now. Not later."