"Falun Gong Adherent Dies While Imprisoned in China for Her Beliefs"

"(Minghui.org) Ms. Ding Guiying’s family was dealt a heavy blow when the Yunnan Province No.2 Women’s Prison suddenly informed them in mid-January 2021 that their loved one had just passed away. Prior to that, Ms. Ding’s family didn’t even know she had been sentenced for upholding her faith in Falun Gong. The prison rushed to cremate her body days later. It’s not clear whether her family was allowed to see her body for the last time. She was 76.

Falun Gong, also known as Falun Dafa, is a spiritual discipline that has been persecuted by the Chinese communist regime since 1999."

"Ms. Ding, a Kunming City, Yunnan Province resident, was arrested at home on August 28, 2019. The police confiscated a large amount of her personal belongings and carried her into the police car, when she resisted the arrest.

"In August and September 2019, the authorities in Yunnan arrested at least 28 Falun Gong practitioners and harassed many more prior to the “October 1 National Day” that marked the 70-year anniversary of the Chinese Communist Party's ruling of China.

"As the Kunming City Detention Center had been barring Ms. Ding’s family from visiting her and the authorities never updated them with her case status, they still thought she was in the detention center and often went to the Domestic Security Division to demand her release.

"When a guard from Yunnan Province No.2 Women’s Prison informed them that Ms. Ding suddenly suffered “an acute disease” on January 14 and died at 8:53 a.m. on January 15, they were shocked. The prison cremated her body on January 19 without much explanation about her condition. As Ms. Ding had been perfectly healthy before her arrest, her family suspected that she may have died from the abuse in custody, not any disease claimed by the prison."

According to Minghui.org, It was only after Mrs. Ding passed away that the family recieved news of her death. Prior to this the family was not even aware that she had been sentenced to another 4 year prison term at Wuhua district of Kunming city on July 10, 2020. Mrs Ding had already served many years in forced labor camps and according to the website linked above, which you can click to read the full story, Mrs. Ding was originally arrested in May of 2010. 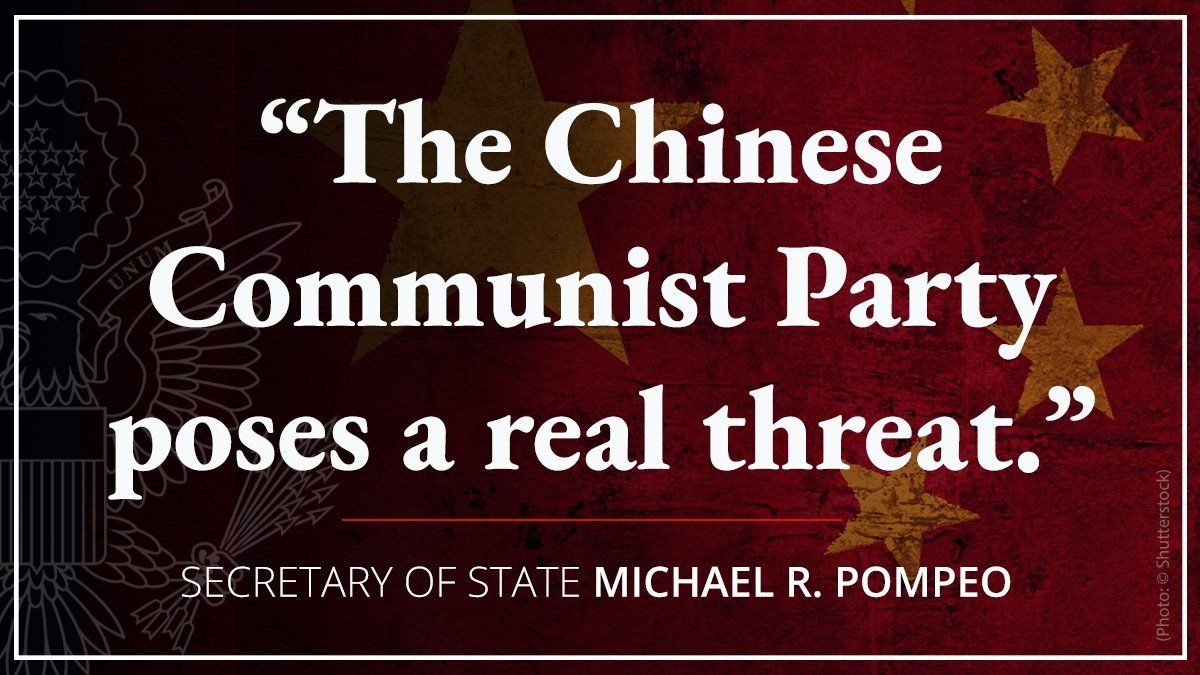 "But the worst violator of all, in both scope and scale, is the host of the conference we commemorate today. Since 1995, the Chinese Communist Party has been responsible for the murder of millions of baby girls through brutal population controls on an industrial scale, unfortunately with support from UN agencies. Today the CCP is attacking ethnic Uyghurs and other Muslim minorities by turning these same population controls on these vulnerable minorities, subjecting women to forced sterilization, forced abortion, and forced birth control. This is in addition to the mass detention and intrusive surveillance system the CCP has put in place to Sinicize and control every aspect of Uyghur life. We invite you to visit www.state.gov/CCPAbuses for more information on these horrific abuses and we call on the UN to stop ignoring and enabling these atrocities.

"We cannot wait another 25 years to address these grave threats to the fundamental freedoms and human rights of women, and of all people. Thank you."