(Oct 11 UPDATE: Transcript of Trump's Speech) BLEXIT Marches to the Beat of "Back the Blue!" 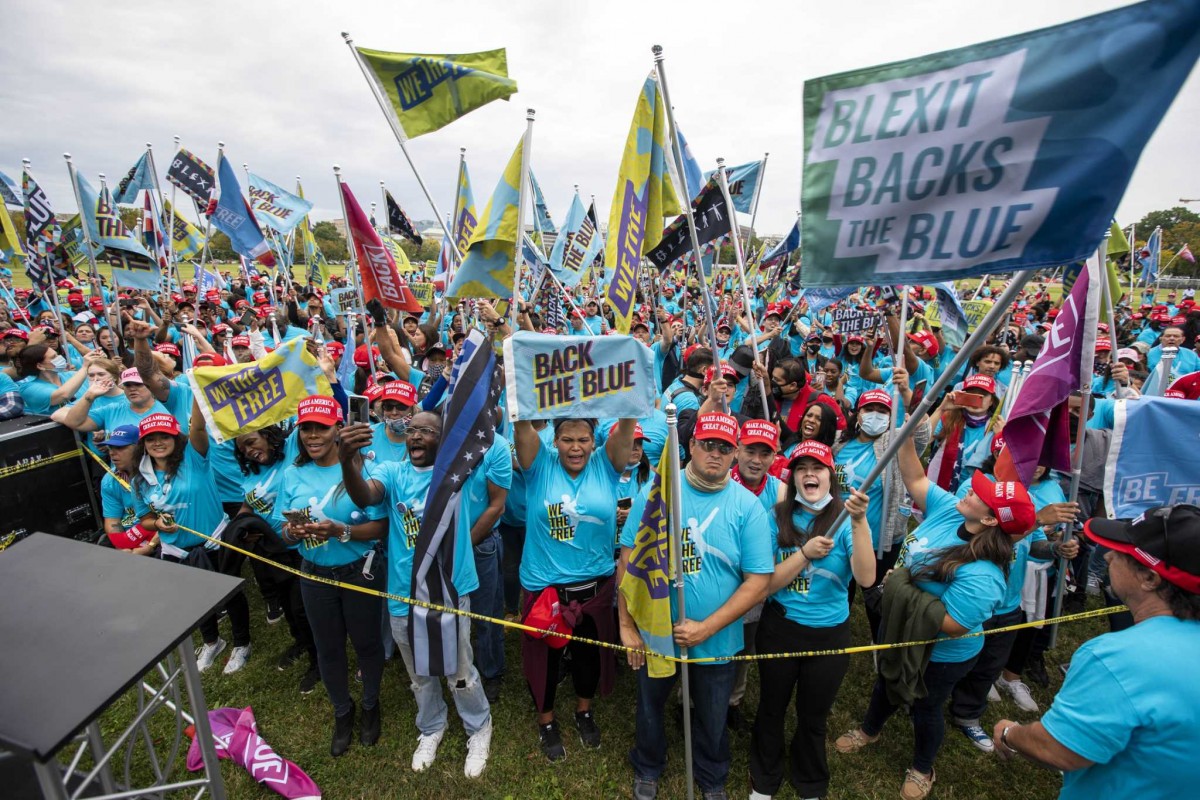 They rallied with the president at the White House, then a couple thousand inspired patriots of all colors marched through Washington DC to the chants of "U-S-A," "Back the Blue" and "All Lives Matter," as BLEXIT founder Brandon Tatum lead the charge on the bullhorn.

"Back the blue" rally marching towards #BLM Plaza after seeing President Donald Trump speak at the White House #Blexit pic.twitter.com/x7JJTIn3Pf

They are chanting "USA! USA! USA!" Now finishing with a prayer and singing the National Anthem. Livestream: https://t.co/JmGhsdD1B7

2,000+ minorities marched through D.C today to support police & the President’s calls for law & order so the left is going with “they were paid to be there”

Um... yes. We had a small group of attendees who asked for financial help to make the event so we secured travel stipends for them.

Mocking people who are struggling financially is the weirdest, most elitist, Democrat flex— possibly ever. https://t.co/eIC4cLSRCG

It's Time to #WalkAway