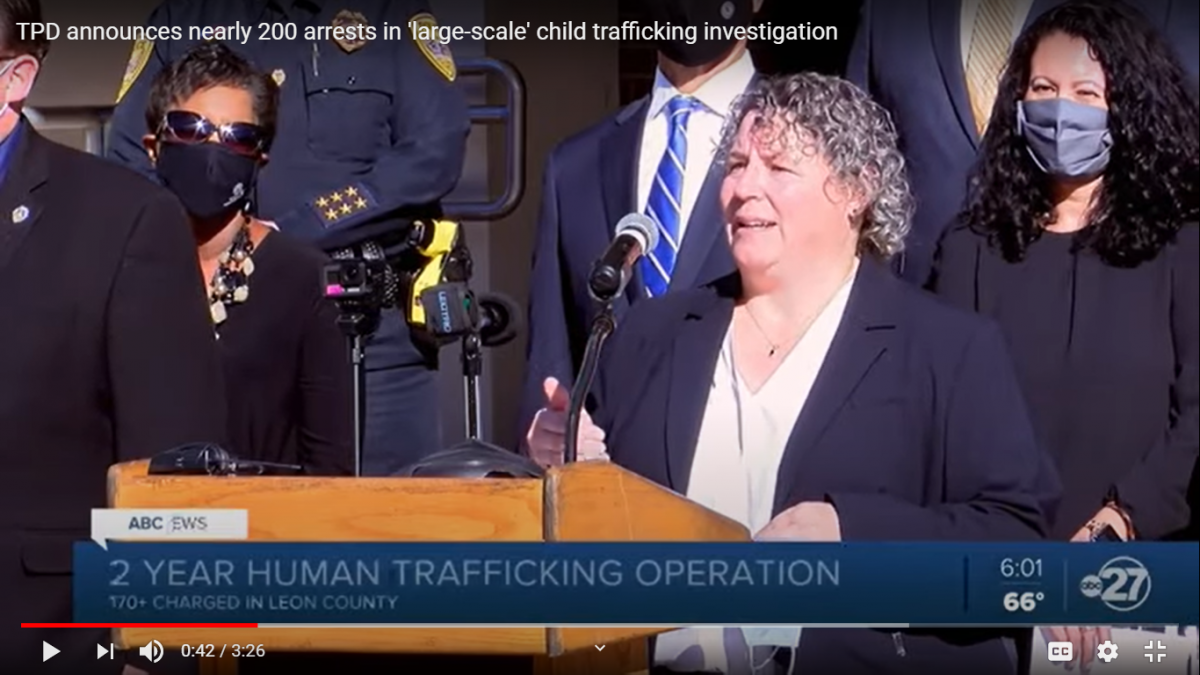 "In Tallahassee, Florida, this week, police concluded a two-year child trafficking investigation that resulted in the arrest of more than 170 people in the past few months.

"On Tuesday, TPD Chief Lawrence Revell and other officials announced the results of Operation Stolen Innocence, a highly secretive investigation into the commercial sex trafficking of a young girl, who was 13 and 14 when the abuse occurred. In that case, it was discovered that the girl’s mother forced her to have sex with men in exchange for money and drugs."
"Chief Revell said the girl is “on the road to recovery, and she’s doing well given the situation.”"

"The arrests have been taking place for months but police did not disclose this information publicly until this week to avoid tipping off suspects. Revell said that this was likely the largest operation of its kind in Tallahassee’s history." "The U.S. Marshals Service wrapped up a 60-day operation that had the mission of reducing violent gang crime in Oklahoma City. During "Operation Triple Beam," U.S. Marshals made 262 arrests, rescued five missing children, and seized illegal firearms and narcotics.

"Operation Triple Beam concluded on Sept. 6. Of the 262 people arrested, 141 were confirmed gang members, and six people were wanted for homicide, according to KFOR-TV. Other suspects were charged with felony assault, sexual assault, illegal possession of firearms, illegal drug distribution, robbery, and arson.

"On July 31, U.S. Marshals apprehended Pablo Robledo, a Surenos gang member who escaped from the Oklahoma County Detention Center while awaiting murder charges by busting out a window and using several bedsheets to scale down the building.

"On Aug. 12, law enforcement officers arrested Chasady and Charles Hall; both believed to be Dungee Crip members. The couple reportedly kidnapped their children from an Oklahoma City daycare. The children were in the custody of the state's Department of Human Services.