What is Valentine's Day?

Saint Valentine, who according to some sources is actually two distinct historical characters who were said to have healed a child while imprisoned and executed by decapitation.

Today around the world many of us celebrate Valentine's Day. The unofficial holiday is usually celebrated by giving flowers, cards, candy or other gifts to those we love. We wish everyone we meet "happy Valentine's Day", and in our modern technological world we post on social media to tell all of our friends and family "happy Valentine's Day". But how often do we really stop to think about this holiday and what it means? I would like to start with a little bit of research into that exact question. Where did this tradition originate and how did it begin? Let's take a look.

Though the history of Valentine's Day and its saint is shrouded in mystery, we know that February has been celebrated for centuries as a month of love and romance, and we know that Valentine's Day, as we know it today, contains elements of both Christian and ancient Roman origin and tradition.

The Catholic Church recognizes as many as three different saints named Valentine or Valentinus, all of whom were martyred. One legend says that Valentine was a priest who served during the third century in Rome, during a time when Emperor Claudius II decided that single men made better soldiers than those with wives and families. Because of this he outlawed marriage for young men. Valentine, realized the injustice of this decree, defied Claudius and continued to perform marriages for young lovers in secret. When Valentine's actions were discovered, Emperor Claudius ordered that he be put to death.

Then there is the Legend of Saint Valentine of Terni. Could both of these people be the same person with differing tales of their works? Perhaps.

"Valentine was Terni's first bishop, an early Christian who followed the religion when it was still a cult in the Roman Empire.

"There are a few legends as to why Saint Valentine became associated with love. Some stories relate that Valentine married couples, particularly Roman soldiers, at a time when Emperor Claudius II banned his soldiers from getting married so as to keep them fierce and free of familial obligations.

"...Still another story has Valentino falling in love with the daughter of the prison guard when he was imprisoned in Rome. This legend has Valentino leaving the woman a note inscribed with "Your Valentine" right before his death.

"San Valentino was beheaded somewhere near the Via Flaminia on February 14, 273. The Basilica and Catacombs of San Valentino (sadly, closed to the public) are said to have housed the body of the saint for a short time before his most ardent followers took his body to be buried in Terni."

Yet another story has it that St Valentine cured a blind girl who was the foster daughter of a Roman aristocrat named Asterius. Asterius had made a bargain with Valentine after hearing him preach about Christ converting pagans, stating that if he cured his foster daughter that he would convert. As the story goes Valentine placed his hands on the girl and began to chant; "Lord Jesus Christ, en-lighten your handmaid, because you are God, the True Light." After the child was healed and the family of Asterius converted they were then executed by Emperor Claudius, with Valentine being the only one who was beheaded.

I came across this lovely addition after briefly watching a minister on television for a moment this morning. Some accident right? "The Lord has appeared of old to me, saying: "Yes, I have loved you with an everlasting love." (Jeremiah 31:3)

"Valentine's Day is a day for lovers. Did you know that Jesus is the lover of your soul? He is. You, as part of the church, are His bride…His chosen one.

"Our Lord loves each of us and all of us with infinite love, everlasting love, and indescribable love.

"Are you without a valentine today? Take heart…His heart. He has set His affection on you. Jesus has purchased you, not with silver or gold as a bridegroom would have in Jesus' day, but our Lord has purchased you with the silver of His tears and with the gold of His blood.

"Every time you get a Valentine or see an advertisement for Valentine's Day or hear someone say, "Happy Valentine's Day," remember that Jesus is the "Lover of your Soul.""

I found this here. 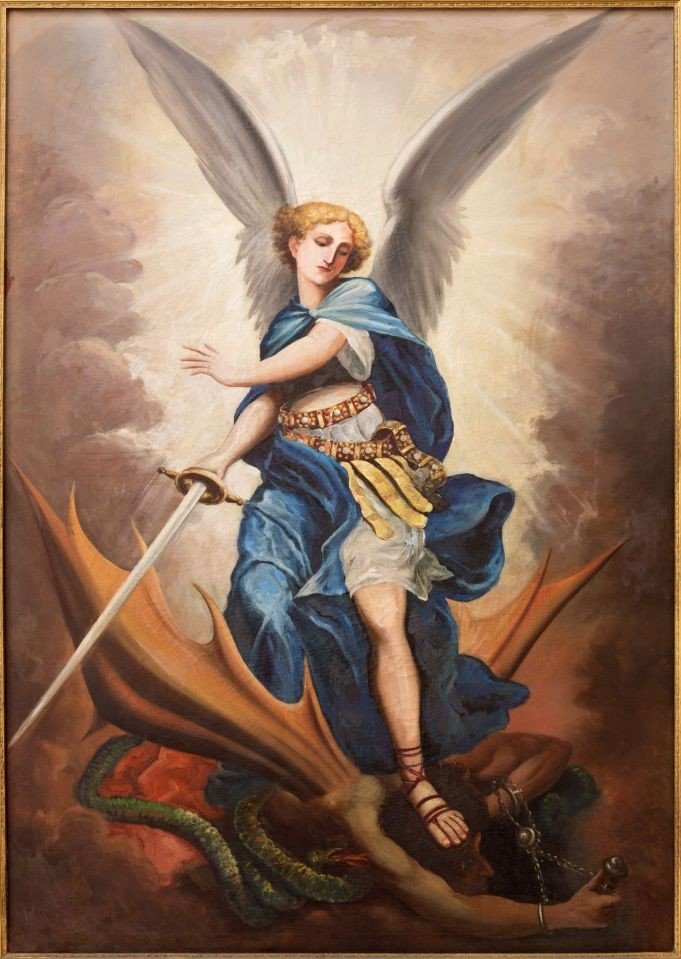