The Ruby Ray is The Blood of the Lamb

"And I said unto him, Sir, thou knowest. And he said to me, These are they which came out of great tribulation, and have washed their robes, and made them white in the blood of the Lamb." (Revelation 7:14)

And all the angels stood round about the throne, and about the elders and the four beasts, and fell before the throne on their faces, and worshipped God, Saying, Amen: Blessing, and glory, and wisdom, and thanksgiving, and honour, and power, and might, be unto our God for ever and ever. Amen. And one of the elders answered, saying unto me, What are these which are arrayed in white robes? and whence came they? And I said unto him, Sir, thou knowest. And he said to me, These are they which came out of great tribulation, and have washed their robes, and made them white in the blood of the Lamb. Therefore are they before the throne of God, and serve him day and night in his temple: and he that sitteth on the throne shall dwell among them. They shall hunger no more, neither thirst any more; neither shall the sun light on them, nor any heat. For the Lamb which is in the midst of the throne shall feed them, and shall lead them unto living fountains of waters: and God shall wipe away all tears from their eyes. (Revelation Chapter 7)

"These shall make war with the Lamb, and the Lamb shall overcome them: for he is Lord of lords, and King of kings: and they that are with him are called, and chosen, and faithful." (Revelation 17:14)

"And the beast that was, and is not, even he is the eighth, and is of the seven, and goeth into perdition. And the ten horns which thou sawest are ten kings, which have received no kingdom as yet; but receive power as kings one hour with the beast. These have one mind, and shall give their power and strength unto the beast. These shall make war with the Lamb, and the Lamb shall overcome them: for he is Lord of lords, and King of kings: and they that are with him are called, and chosen, and faithful. And he saith unto me, The waters which thou sawest, where the whore sitteth, are peoples, and multitudes, and nations, and tongues. And the ten horns which thou sawest upon the beast, these shall hate the whore, and shall make her desolate and naked, and shall eat her flesh, and burn her with fire. For God hath put in their hearts to fulfil his will, and to agree, and give their kingdom unto the beast, until the words of God shall be fulfilled." (Revelation Chapter 17)

"Saying with a loud voice, Fear God, and give glory to him; for the hour of his judgment is come: and worship him that made heaven, and earth, and the sea, and the fountains of waters". (Revelation 14:7)

These are they which were not defiled with women; for they are virgins. These are they which follow the Lamb whithersoever he goeth. These were redeemed from among men, being the firstfruits unto God and to the Lamb. And in their mouth was found no guile: for they are without fault before the throne of God. And I saw another angel fly in the midst of heaven, having the everlasting gospel to preach unto them that dwell on the earth, and to every nation, and kindred, and tongue, and people, Saying with a loud voice, Fear God, and give glory to him; for the hour of his judgment is come: and worship him that made heaven, and earth, and the sea, and the fountains of waters. And there followed another angel, saying, Babylon is fallen, is fallen, that great city, because she made all nations drink of the wine of the wrath of her fornication. And the third angel followed them, saying with a loud voice, If any man worship the beast and his image, and receive his mark in his forehead, or in his hand, The same shall drink of the wine of the wrath of God, which is poured out without mixture into the cup of his indignation; and he shall be tormented with fire and brimstone in the presence of the holy angels, and in the presence of the Lamb. (Revelation Chapter 14)

"And another angel came out of the temple which is in heaven, he also having a sharp sickle." (Revelation 14:17)

"But when the sun was up, it was scorched; and because it had no root, it withered away. And some fell among thorns, and the thorns grew up, and choked it, and it yielded no fruit. And other fell on good ground, and did yield fruit that sprang up and increased; and brought forth, some thirty, and some sixty, and some an hundred. And he said unto them, He that hath ears to hear, let him hear. And when he was alone, they that were about him with the twelve asked of him the parable. And he said unto them, Unto you it is given to know the mystery of the kingdom of God: but unto them that are without, all these things are done in parables: That seeing they may see, and not perceive; and hearing they may hear, and not understand; lest at any time they should be converted, and their sins should be forgiven them." (Mark Chapter 4)

And this is life eternal, that they might know thee the only true God, and Jesus Christ, whom thou hast sent.

I have glorified thee on the earth: I have finished the work which thou gavest me to do.

And now, O Father, glorify thou me with thine own self with the glory which I had with thee before the world was.

I have manifested thy name unto the men which thou gavest me out of the world: thine they were, and thou gavest them me; and they have kept thy word.

Now they have known that all things whatsoever thou hast given me are of thee.

I pray for them: I pray not for the world, but for them which thou hast given me; for they are thine.

And all mine are thine, and thine are mine; and I am  glorified in them.

And now I am no more in the world, but these are in the world, and I come to thee. Holy Father, keep through thine own name those whom thou hast given me, that they may be one, as we are.

While I was with them in the world, I kept them in thy name: those that thou gavest me I have kept, and none of them is lost, but the son of perdition; that the scripture might be fulfilled.

And now I come to thee; and these things I speak in the world, that they might have my joy fulfilled in themselves.

Sanctify them through thy truth: thy word is truth.

And for their sakes I sanctify myself, that they also might be sanctified through the truth.

Neither pray I for these alone, but for them also which shall believe on me through their word—through thy Word in them, O Lord, my God;

That they all may be one; as thou, Father, art in me, and I in thee, that they also may be one in us: that the world may believe that thou hast sent me.

And I have declared unto them thy name, and will declare it: that the love wherewith thou hast loved me may be in them, and I in them. (John chapter 17) 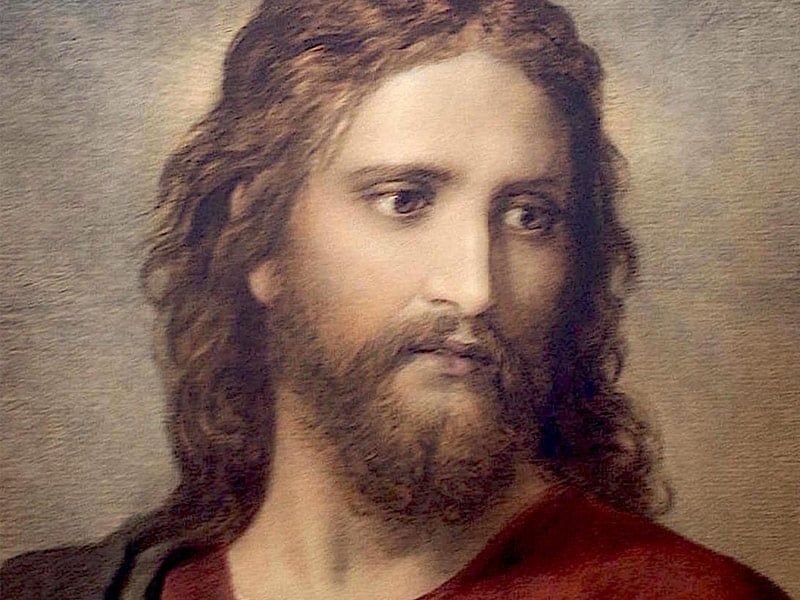