The Earth: To Be or Not to Be

Beloved Who with Charity Would Abide Forever:

You have heard it said that although tongues may cease and knowledge shall banish away, 'Charity never faileth' (I Corinthians 13:8). Human speculations concerning the Earth and its destiny frequently have caused men to desire to probe the Earth's existence from its earliest beginnings unto its final end. The Biblical statement, "...the Earth abideth forever" (Ecclesiastes 1:4), is frequently cited as proof that the world will continue to exist beyond all mortal ken.

I would shed the Light of God's precious holy Charity upon this concept in the interest of Truth. That world that shall abide forever, and the Earth that shall abide forever is not necessarily the substance of this terrestrial globe or its present form, for from the beginning of the manifestation of this globe unto the present hour, vast and sweeping changes have taken place upon it. Numerous lifewaves have used the planetary platform and have called the Earth their home; major upheavals and cataclysms have engulfed the Earth as the rebellion of the elements occurred against the discordant impositions of human feeling and viciousness—these took their toll. The statement, "Heaven and Earth shall pass away, but my words shall not pass away" (Matthew 24:35), shows to mankind, then, that the use of words is not always confined to one connotation.

Let Me, therefore, shed the light of my heart upon this one concept, here and now, and bring to Light the great Truth concerning the Cosmos in the fond hope that thereby individuals, perceiving their role in the scheme of things, will be content to pursue God and his peace in this present hour without overly concerning themselves with the vast dark ages of the past. The wings of the future shall only bear men upward as they enter into the Spirit of God's Goodness and consider the handiwork of God as more important than the manifestation of temporal control over the forces of nature.

The advent of the era of the Christ, declared so wondrously by Himself as He descended earthward into each human heart, was "Lo, I am come to do Thy Will, O God." The enfolding of an individual in the Will of God as the first step toward the manifestation of latent divinity is likewise fulfilled in the body of the Earth itself. However, the Earth has received mankind and played host to them and in return received the ravages of a parasite race, contrary to the manifestation of the mergent Christ which should long ago have been apparent in all evolutions abiding here.

Mankind today have the facilities vested in science to utterly destroy the globe upon which they live. Yet, individuals continue to abide here—to work, to play, to love, to serve, to give and to seek—as though they were totally unmindful of the potential destruction that could at any moment be unleashed by the irresponsible and godless generation in control of material power. For generations the Almighty has kept from mankind much of the knowledge which would have enabled them to invent those instruments of destruction they now possess. A view is that by the Father retaining these secrets of nature from mankind's use, it would allow for a period during which the development of spiritual understanding and the flowering of peace among men might prosper. Hence, it is hoped that when the long-hoped-for peace would be much in evidence, miracles of scientific advancement, whereby men could completely control the forces of nature, might be given unto them.

But, in the pursuit of a materialistic science based on a thirst for power over men instead of the 'dominion over the Earth' promised to man even 'in the beginning,' (Genesis 1:26) the current situation has resulted as one of material giantism, having its springboard in unprecedented scientific discovery, side by side with an alarming dwarfing of mankind's spiritual faculties. Only to those who have retained the simplicity of the childlike mind, to 'the youth' of the world, should the Father impart holy attunement with Spiritual awareness of consciousness and the levels of the Angels and Archangels. Yet science has taken heaven by force.

Now, then, there is a circumscription to all things appointed and fixed by Divine decree. And, therefore, if man shall unleash all of the destructive potential within his grasp at the present moment, the Earth itself might well cease to be. Yet, the matrix form, or Divine Design thereof could not be destroyed and the lifewaves of the planet could be cradled by a newly-prepared home whereon all might continue under similar conditions, as in an ark of relative safety to work out their Divine destiny. But, remember, blessed ones, this would only prove to be a setback to mankind from the standpoint of time. With God, Whose Consciousness is eternal, for It inhabits the ever-living cycles, there is no sense of delay; but for those who are grafted into the temporal world and function in a time-spacial continuum, the delay is very great indeed.

Knowing human nature and man's propensity to put off until tomorrow that which he ought to do today, the Great Master could make the decision not to forsake the world, but to assist them out of their limited consciousness and find their freedom in God. The wondrous descent to Earth of countless messengers and prophets who have borne a Christ message of redemption has been intended to amplify the Holy Aspects of Charity within the human heart. As long as the Holy Message of Charity be not heeded, the advent of a superior civilization cannot be completely established. Only when absolute divine integrity is enthroned within the human consciousness can mankind be assured of their future in safety and in honor.

It is true that the archives of the world do contain the record of some magnificent civilizations of past Golden Ages, presided over by rulers of exquisite grace and kindness whose attunement with the level of the Archangels and Emissaries of Heaven brought into manifestation upon Earth all of the wonders of God Love. This included the instantaneous materialization of food and of needed supply directly from Heaven itself. Think of the Garden of Eden. These things seem like fables or tales from the Arabian Nights to mankind today. Men are taught from an early age to look to outward sources for their needs; they are even trained to ridicule those who seek to draw from Heaven the power of healing and the supplying of many of their needs. Religion itself is frequently mocked by individuals who are themselves on Earth only by the grace of the tremendous protection drawn forth by men of Good Will and Faith.

And yet, in holy Charity, We must praise the endeavors of the few and the many who have followed Righteousness in their service to the Earth and its people; for many wondrous civilizations have arisen; that they have fallen is only an attestation of the shame and moral turpitude which dwelled therein. Men of piety and wit, however, cannot necessarily tear the veil of Heaven with their hands and find the fabric of Righteousness with which to adorn themselves, but all must climb and master each step of the way through an orderly process of attainment which has become fixed by God's Law.

Love, long declared to be the greatest power in the universe, is indeed of many varieties. But there is a fallacy here, for that which mankind call love is in actuality mere attachment to things, to persons, to places and conditions. The Reality of Divine Love is sometimes disclaimed by mankind because of Its so-called impersonal nature. When true understanding dawns, men will know the meaning of this also.

Until now, men have not found room in the inn of their being for Christly Charity, for they have hid the babe of its expression in the stable of mortality; now they must make way for Him to rise at the very nadir of their being until He is drawn upward by his own Light's Radiance to manifest full God maturity. Charity abideth forever. 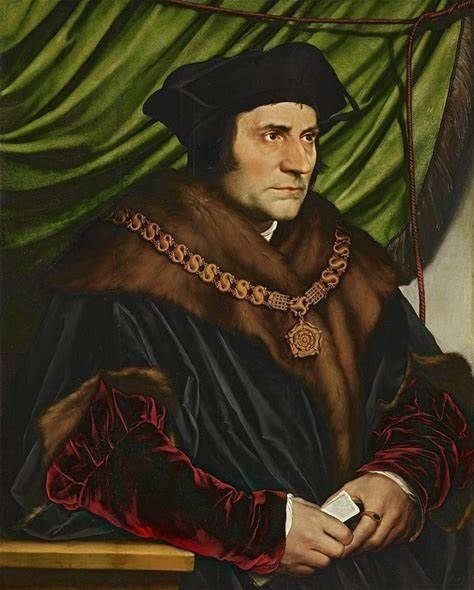