Left: Uncle Bill, Center Under Star: Mr. Taylor, Far Right: Grandad
Yukon pioneers, Isaac Taylor and William Drury, founded the Taylor & Drury Department Store in Whitehorse during the Klondike Gold Rush. Here, both men saw a gold strike of another kind. With William's $200.00 and Isaac's 12 foot by 14 foot tent, the men turned a profit buying outfits at $5.00 from disillusioned gold seekers leaving the north and selling the same outfits for $25.00 to new hopefuls on their way to the gold fields. This profitable business was the start of a partnership and the formation of Taylor & Drury Ltd.
These two early Yukon businessmen had a talent for predicting the course of events. While there are now thousands of kilometres of main and secondary roads in the Yukon, there were less than fifty kilometres of rough roads in the Yukon when their dealership first opened its doors. 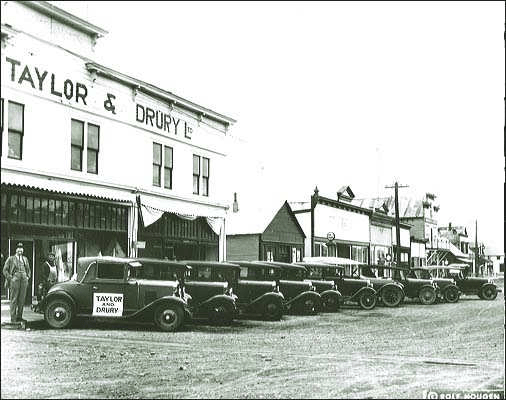 In 1927 they obtained a General Motors dealership for Whitehorse and Mayo and their first shipment of cars arrived in 1928. (Eventually becoming Yukon Motors)

The creation of an automobile outlet on the last frontier is evidence of the confidence and vision displayed in 1927 by two Yukon pioneers who founded a car dealership when Yukon roads were only a dream. The final two streets downtown fittingly join together at 5th Avenue.

Isaac Taylor and William Drury met in Atlin in 1898, when both were heading north to see what kind of business opportunities were available in this bustling land. Before they finished, the pair operated 13 department stores throughout the Yukon, supplied many of them with their own riverboats, and left the Taylor & Drury mark forever stamped on the face of the Yukon. 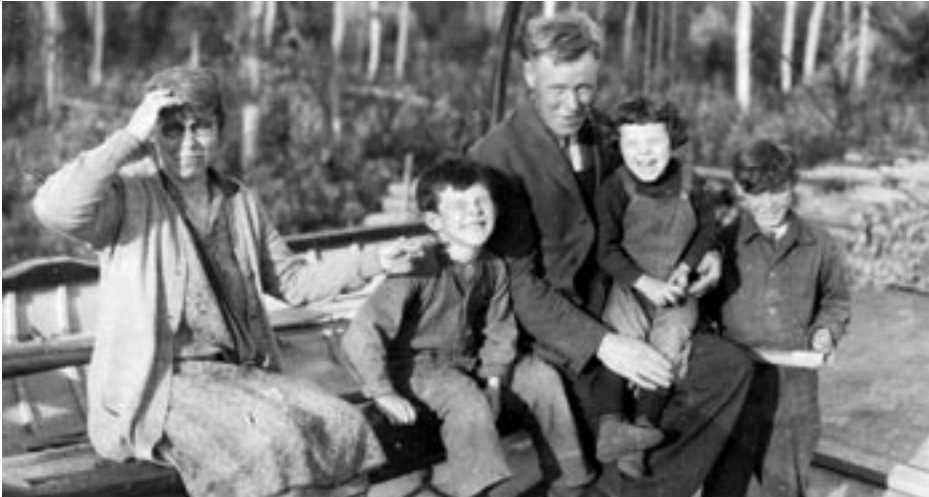 A chance meeting between two entrepreneurs on the Gold Rush Trail led to a very successful Yukon mercantile business and a lifelong friendship. Isaac Taylor and William Drury had much in common when they first met in the fall of 1898 on the Ashcroft Trail in British Columbia, the poor man's route to the Klondike. Both were from England, both were headed to the gold fields, and both had worked at one time or another in the clothing trade. However, they parted company and each took a different route to Dawson City. Isaac went on to Skagway, Alaska and William headed to Atlin, British Columbia. The following spring, news of a gold strike in Atlin started a new stampede and the paths of Isaac and William crossed once again at Discovery, a gold town near Atlin.

With the White Pass & Yukon Route railway completed to Bennett Lake, Isaac and William moved their business to this location. Here they sold sails for boats and scows travelling to Dawson City. When the railway reached Whitehorse in 1900, Isaac and William moved once again and set up their tent on the riverbank. With Whitehorse fast becoming a rail and river transport centre, Taylor & Drury Ltd. headquartered here and quickly expanded their business. 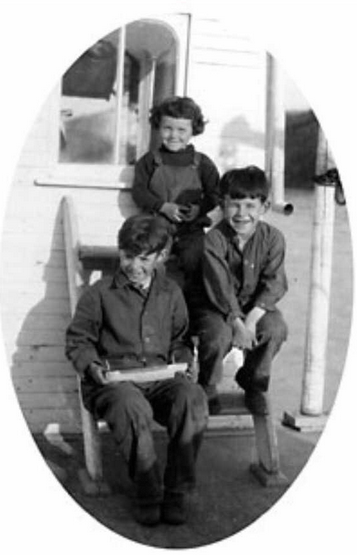 Thirteen trading posts were established at the various First Nation settlements scattered throughout the Yukon, the farthest at Pelly Banks, six hundred miles from Whitehorse. In order to service these posts, Taylor & Drury Ltd. acquired a small fleet of river boats to deliver merchandise and pick up furs for the outside market and for a number of years the Kluane, Thistle, and Yukon Rose were common sights on Yukon waters.

Partners, friends, and brothers-in-law for over fifty years, Isaac and William remained active in business until their deaths. Isaac died at 95 years of  age and William died at 82 years of age. Taylor & Drury Ltd. was the Yukon's oldest merchandising firm and ceased operation in 1974.

They began their 75 year partnership in Atlin, BC. in 1899. When the railroad was completed to Bennett, Taylor and Drury moved their shop from Atlin to Bennett. They were both familiar with the clothing trade, and Drury was a shoemaker with a sturdy sewing machine. He kept himself busy making sails for boats and scows travelling to Dawson. When the railway was completed a year later, Taylor and Drury moved to Whitehorse on the first train. Almost overnight, Whitehorse had became a rail and river transport centre. Taylor and Drury set their tent up on the river bank, at what is now First Avenue and Elliott Street, and in less than a year had expanded their business to include the Bon Marche Men's Wear Store on First Avenue at Steele Street. Taylor died in 1959. WS Drury died in 1953. 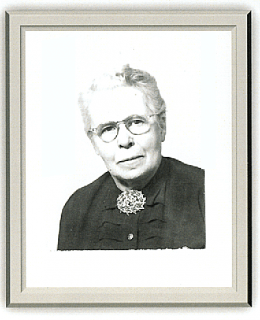 Lucy (Evans) Drury was born in Birmingham, England on October 17, 1882. In 1889 she moved with her mother, brothers and sisters to Port Arthur, Ontario. She completed school and became a clerk for the city.

Bowling was a pastime and, in 1915 she had the distinction of attaining the highest score by a woman.

Lucy and her mother, Ellen Evans, travelled to Whitehorse in 1917 to visit her sister, Clara; who was the matron at the hospital. It was during that summer that she met William Drury. There were casual encounters at picnics and social events with mutual friends. It was not until they were both taking the boat south that the romance blossomed. She and Will were married in Port Arthur, Ontario, on November 5, 1917.

Lucy and Will built a home on the corner of 4th and Main in Whitehorse, where they raised their children: Thomas, William and Mary. When children would come to visit, they always received a prune, "to keep them regular."

Dinner party followed by games of bridge or canasta, were part of their social life in Whitehorse.

On one occasion, Lucy prepared the whole meal from only Yukon grown food: Vegetables and berries, fish and moose meat, butter, cream and milk, eggs, honey, flour from wheat grown near Pelly.

Lucy was also very active in the I.O.D.E and the Anglican Church. When the children were sent to Victoria to boarding school, Lucy would spend several months there as well to be closer to them. 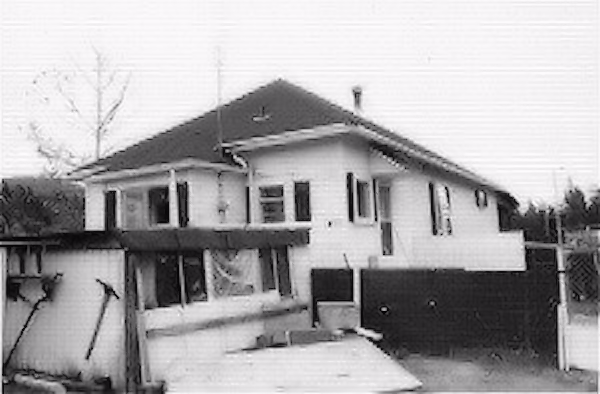 Lucy and Will returned to Europe on several occasions, combining business with family visits. There were furs to be sold for Taylor & Drury Ltd as well as merchandise to be bought for all the stores.

In later years, they enjoyed spending winters in Santa Barbara California and Vancouver BC. When in Vancouver they resided at the Devonshire Hotel in the Center of Downtown. Lucy moved to Vancouver BC 2 years after Will's death in 1953. 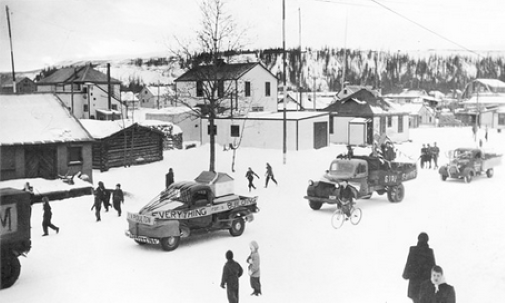 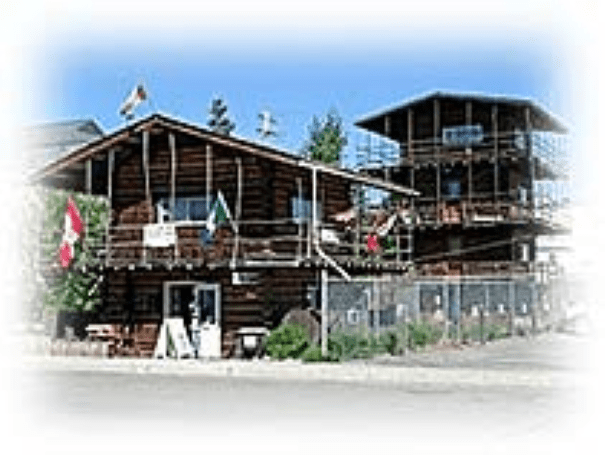 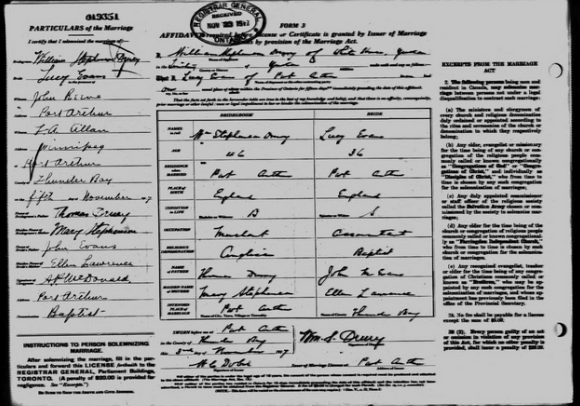