"They" Will Stop at Nothing to Control Your Food
19 May 2022
Today I am sharing more information with you about new ways the global elite are trying to control our food supply. By using themes such as the climate crisis they are working on changing the way our food is grown and distributed. Do you want the glo...
Read More
Font size: + –
Subscribe to this blog post Unsubscribe
Print

In the strictest sense of the term COVID mRNA injections are not vaccines. They don't even meet the CDC's own definition of a vaccine. It is experimental gene therapy. The Salk Institute released an article which specifically states that it is the "spike" protein in the SARS COV2 virus that causes the major problems associated with the disease. In the research released, the researchers clarify that this spike protein causes vascular damage.

From the Salk article:

Now, a major new study shows that the virus spike proteins (which behave very differently than those safely encoded by vaccines) also play a key role in the disease itself.

The paper, published on April 30, 2021, in Circulation Research, also shows conclusively that COVID-19 is a vascular disease, demonstrating exactly how the SARS-CoV-2 virus damages and attacks the vascular system on a cellular level.

"A lot of people think of it as a respiratory disease, but it's really a vascular disease," says Assistant Research Professor Uri Manor, who is co-senior author of the study. "That could explain why some people have strokes, and why some people have issues in other parts of the body. The commonality between them is that they all have vascular underpinnings."

…the paper provides clear confirmation and a detailed explanation of the mechanism through which the protein damages vascular cells for the first time.

In the new study, the researchers created a "pseudovirus" that was surrounded by SARS-CoV-2 classic crown of spike proteins, but did not contain any actual virus. Exposure to this pseudovirus resulted in damage to the lungs and arteries of an animal model—proving that the spike protein alone was enough to cause disease. Tissue samples showed inflammation in endothelial cells lining the pulmonary artery walls.

The team then replicated this process in the lab, exposing healthy endothelial cells (which line arteries) to the spike protein. They showed that the spike protein damaged the cells by binding ACE2. This binding disrupted ACE2's molecular signaling to mitochondria (organelles that generate energy for cells), causing the mitochondria to become damaged and fragmented.

"If you remove the replicating capabilities of the virus, it still has a major damaging effect on the vascular cells, simply by virtue of its ability to bind to this ACE2 receptor, the S protein receptor, now famous thanks to COVID," Manor explains. "Further studies with mutant spike proteins will also provide new insight towards the infectivity and severity of mutant SARS CoV-2 viruses."

"The article does not mention that covid-19 vaccines are injecting patients with the very same spike protein that was studied, but this fact is widely known and even touted by the vaccine industry.

"The upshot of this research is that covid vaccines are inducing vascular disease and directly causing injuries and deaths stemming to blood clots and other vascular reactions. This is all caused by the spike protein that's deliberately engineered into the vaccines.

This paper is the first to document the mechanism by which spike proteins — even ones lacking an active viral component — cause vascular destruction by binding to ACE2 receptors and inhibiting the function of cellular mitochondria."(Natural News)

SARS-CoV-1 [Spike] protein promotes lung injury by decreasing the level of ACE2 in the infected lungs. In the current study, we show that S protein alone can damage vascular endothelial cells (ECs) by downregulating ACE2 and consequently inhibiting mitochondrial function.

If COVID injections are so helpful and harmless, why has death after vaccination rate increased by 4000% this year, following COVID injections? Lets take a look at the VAERS data. VAERS stands for Vaccine Adverse Events Reporting System. This is a government website, managed by the Department of Health and Human Services, where individuals or their family members may report adverse events following vaccination. Typically only 1-10% of people experiencing vaccination reactions ever report to VAERS. In fact an HHS study found that less than 1% of people experiencing adverse events ever reported them.

Preliminary data were collected from June 2006 through October 2009 on 715,000 patients, and 1.4 million doses (of 45 different vaccines) were given to 376,452 individuals. Of these doses, 35,570 possible reactions (2.6 percent of vaccinations) were identified. This is an average of 890 possible events, an average of 1.3 events per clinician, per month. These data were presented at the 2009 AMIA conference. In addition, ESP:VAERS investigators participated on a panel to explore the perspective of clinicians, electronic health record (EHR) vendors, the pharmaceutical industry, and the FDA towards systems that use proactive, automated adverse event reporting. Adverse events from drugs and vaccines are common, but underreported. Although 25% of ambulatory patients experience an adverse drug event, less than 0.3% of all adverse drug events and 1-13% of serious events are reported to the Food and Drug Administration (FDA). Likewise, fewer than 1% of vaccine adverse events are reported. Low reporting rates preclude or slow the identification of "problem" drugs and vaccines that endanger public health. New surveillance methods for drug and vaccine adverse effects are needed. Barriers to reporting include a lack of clinician awareness, uncertainty about when and what to report, as well as the burdens of reporting: reporting is not part of clinicians' usual workflow, takes time, and is duplicative. Proactive, spontaneous, automated adverse event reporting imbedded within EHRs and other information systems has the potential to speed the identification of problems with new drugs and more careful quantification of the risks of older drugs. Unfortunately, there was never an opportunity to perform system performance assessments because the necessary CDC contacts were no longer available and the CDC consultants responsible for receiving data were no longer responsive to our multiple requests to proceed with testing and evaluation. 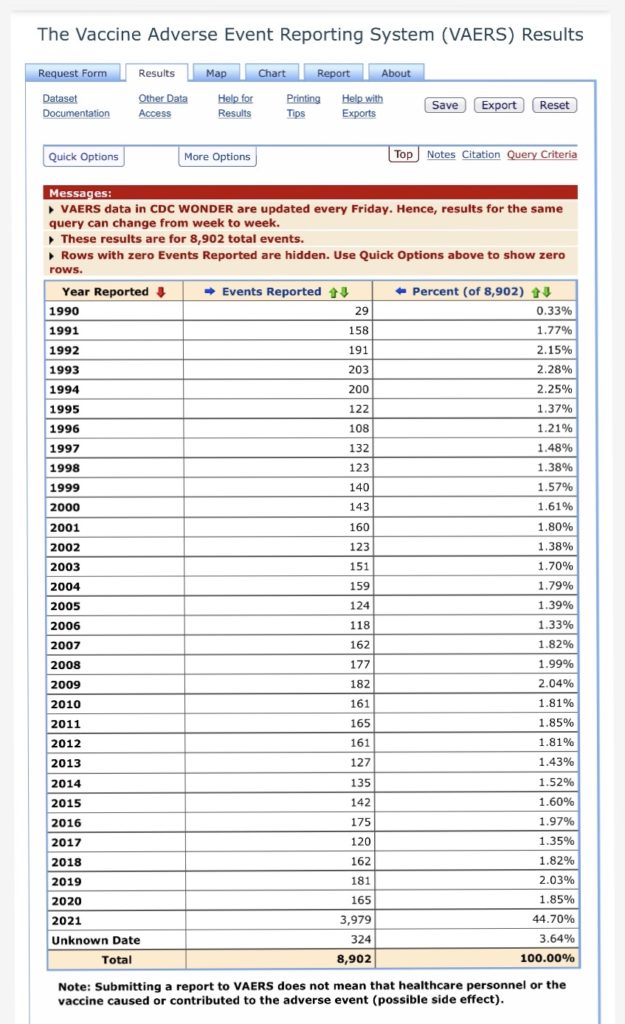 I have found the Everly Report is a very good source for updated information regarding adverse event reporting.

Eye on Vaccines - VAERS Reports of Strokes through March 26, 2021 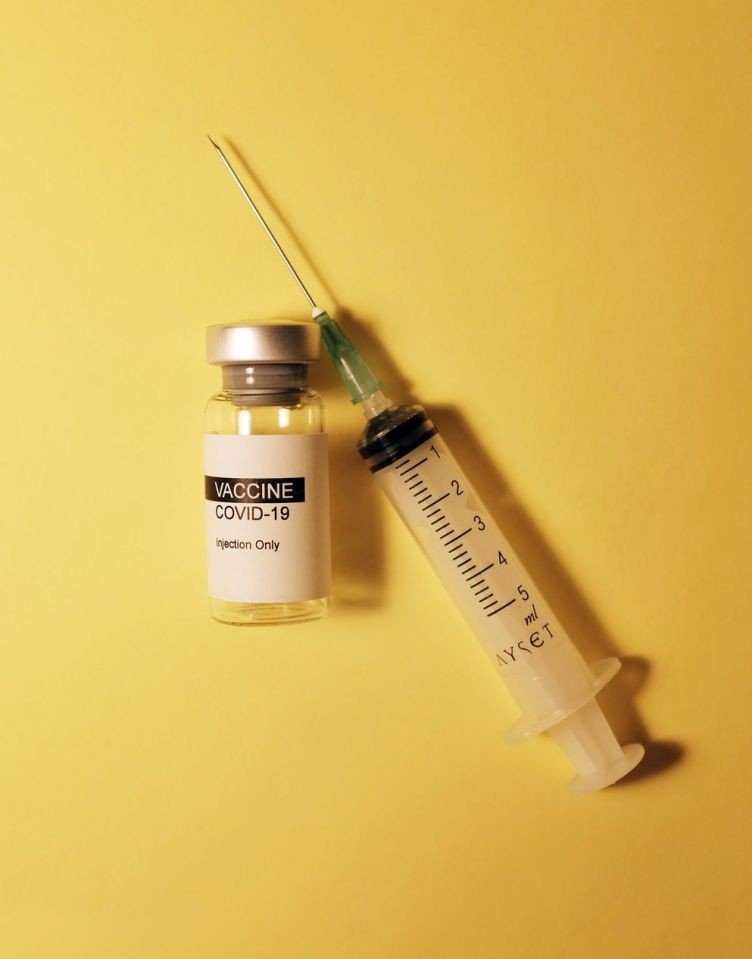 The Vaccine Adverse Events Reporting System or VAERS, is the government website where people report vaccine reactions to the government. Keep in mind that only 1-10% of those who experience adverse events ever report such events, either because they don't know about VAERS or don't know that they are having a vaccine reaction. Also be mindful that this report only covers reports of strokes and no other categories of reactions.