"I Am The Last Surviving Prosecutor of the Nuremberg Trials"
18 October 2021
Patriots and national heroes come in all sizes, shapes, colors, and ages. Benjamin Ferencz, a lawyer and WWII veteran, doesn't fit the everyday mold of a seasoned war veteran. His life story starts out rather ordinary, quite like other stories o...
Read More MAGNIFICENT MERCOLA: The ‘Plandemic’ and the Great Awakening
18 October 2021
Story at-a-glance Mikki Willis' documentary "Plandemic" was released May 4, 2020, and has since been viewed over 1 billion times, despite being universally censored. "Plandemic Part 2: Indoctornation" has also been viewed more than 200 million times ...
Read More Nothing Stops Us From Saving the Children
16 October 2021

"Human trafficking is worse than ever before." POTUS in 2017 The Lies of Revisionist History, In Defense of Christopher Columbus
15 October 2021
This year on Columbus Day, I was aware, as many were, of vulgar memes on social media platforms, symbolizing the inaccuracies and downright lies of the revisionist historians concerning Christopher Columbus. The left has increasingly characterized Ch...
Read More
Font size: + –
Subscribe to this blog post Unsubscribe
Print

I love the United States of America: And if you don't, why don't you just leave? A theme has been running through my mind recently, and the title of this article says it all. I love the United States of America, and if you don't like it, why are you here? I mean, you are free to leave! I support anyone's idea entirely to move out of the country if they don't like living here. By all means, find a new place to live that meets your idea of what ideal is.

The United States Constitution is unique in all history, and even though we are no longer strictly following it, we still have the greatest nation on earth. We certainly have improvements to make, but I am not speaking of the same "improvements" that the Left wants to make. No indeed. Those aren't improvements anyway; they are detractions. My meaning is quite apparent, I think. Anything that does not improve our quality of life or our liberty is a detraction from liberty. Liberty, after all, is an ideal. Humans, by nature, want to be taken care of, so naturally, the Socialists don't have a tough time convincing many that Leftism is the right way to go. But in the United States, we aren't designed that way. Our Constitution was created to put our destinies into our hands. The Declaration of Independence was written to remove us from the majority, not to go along with them. The founders' ideas were based upon the concept of individual liberty and that we can each decide our fates and do not have to be feathers blowing in the wind of someone else's ideology.

There are plenty of Socialist countries around the globe. Why don't you immigrate to one of them if you think things are so much better there? Maybe they are less "racist" and more "equitable." You can probably get the Socialist healthcare you want. (I guess you would find out then how great it is!) Maybe you can have all the abortions you want, too, sadly. Most Americans don't want all of the same things you Socialists want, so why not leave us alone and go somewhere else? Maybe you could move to an island and create your perfect Utopia; try your experiment in state-run everything and see if that works out for you. We won't mind if you leave. Also, perhaps in your new place, they (the state) will allow all the immigrants to join you. In the United States, we believe in borders, so immigrants are expected to go through a process to come here. Perhaps your new country doesn't have this requirement. Why don't you go and find out? Americans want immigrants. We want to open the borders to those who truly want to create a better life for themselves and their families. We want immigrants; we want them to come and integrate into our culture and not change our culture or Constitution. 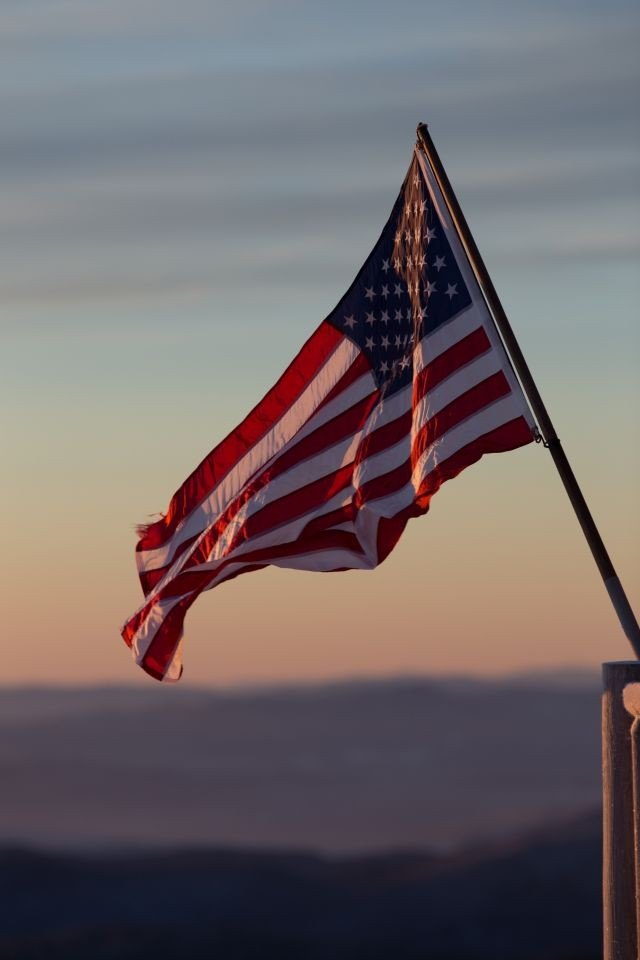 I believe in the United States of America as a government of the people, by the people, for the people; whose just powers are derived from the consent of the governed, a democracy in a republic, a sovereign Nation of many sovereign States; a perfect union, one and inseparable; established upon those principles of freedom, equality, justice, and humanity for which American patriots sacrificed their lives and fortunes.

I therefore believe it is my duty to my country to love it, to support its Constitution, to obey its laws, to respect its flag, and to defend it against all enemies.

There is so much diversity when it comes to religion and churches in the United States. Perhaps more diversity than anywhere in the world. We don't say you have to be a Christian to live here or practice your religion. You are free to do that as you see fit. That is the beauty of freedom of religion. It means freedom from oppression by those who don't like your religion or perhaps don't believe in religion at all. We don't care if you are Jewish, Muslim, Hindu, or Buddhist. We don't even care if you don't like Christians or Christians don't like you. We can all be cordial and respectful of each other's rights. 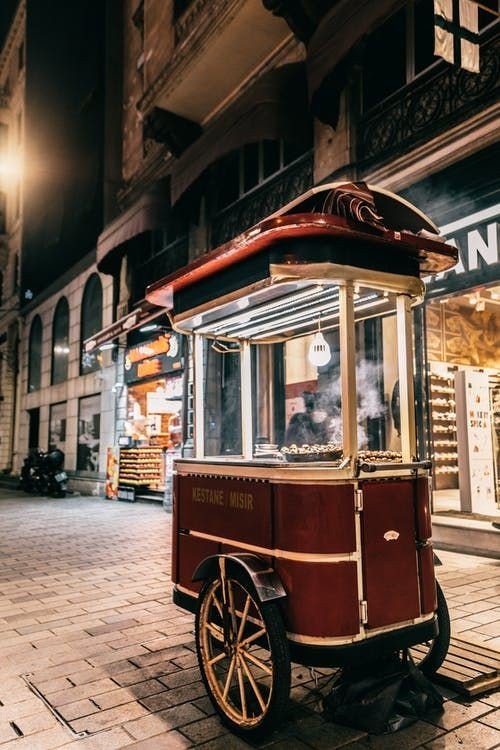 As Americans, we also believe in the free market. We want to buy and sell goods to each other in exchange for a fair price. That means that if you want to live an abundant life, you have to make your own way. We don't believe that we are required to support you or your family. That is your responsibility. Some of us like to help others, and we will when we can. We have generous hearts and spirits. We will give to the needy and feed the poor. We will teach a man to fish so that he can fish for his family. We will offer a hand-up and even sometimes a handout. But we do not believe that we must use our hard-earned dollars to support those who don't want to work, nor to support education for your family members. That is your job. We reject Socialism.

We don't want to be overregulated so that large corporations take over our economy while small businesses are regulated out of business. We know that is cronyism. Sadly, Leftists don't understand that in exchange for a true free-market economy, they ask for a Crony Capitalist market that only makes the Socialists at the top rich. At the same time, those of us at the bottom get poorer. We reject Crony Capitalism. 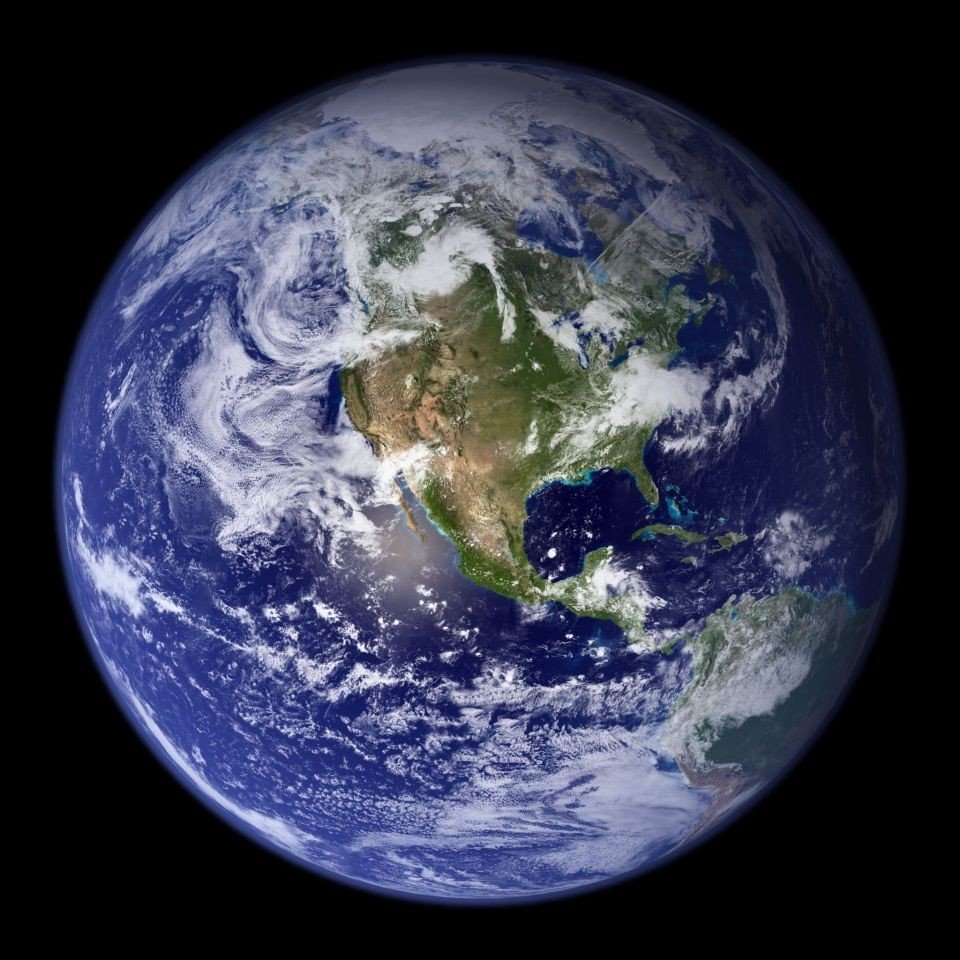 We love our Earth, but most Americans don't believe in Globalism. We aren't responsible for everyone else on the planet. They each have governments of their own, who are ultimately accountable to them. If they don't like their government, they can change it. The Goddess of Liberty holds that torch high here in the United States as the great Way-shower, a standard-bearer. We want others to emulate us because we know it will make their lives better. We know that means that they will have to fight as we did in the early days. Many suffered and died for our freedom so that those of us in the decades and centuries to follow had better lives. We have proven it works. The United States and its economy have brought more people out of poverty than any system in the history of the world.

We reject the New World Order or a One World Government because we know that what motivates those who push this concept does not have our best interests at heart. In the end, it is a system of global slavery and concentrated power in the hands of the few.

If you don't love America, you are welcome to leave. We will stay, and we will fight to keep our country. We wish you the best. We know eventually, you will learn and will be back at our doorstep. See ya later.

America, we love you, and our love is great enough to hold you eternally victorious in the light!

"Were You Born Courageous?" 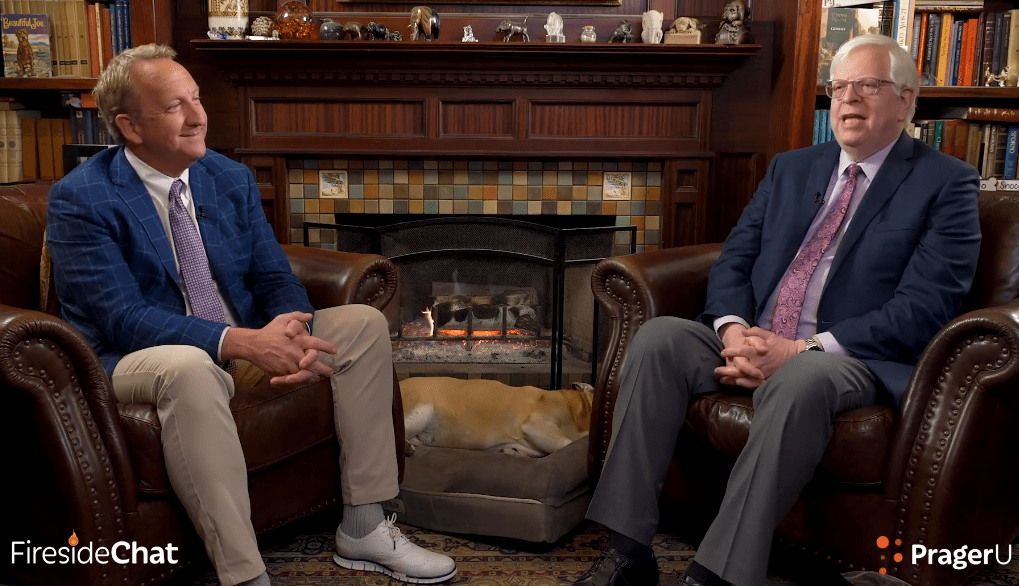 This week Dennis Prager of Prager U interviewed one of the most courageous Pastors in America on his weekly show, "Fireside Chats", Rob McCoy, the Senior Pastor of Calvary Chapel Godspeak. Pastor McCoy stood up against Governor Gavin Newsom's Naziesque orders to close down churches. He was dragged into court and slapped with fines for defying these unconstitutional orders. This chat is so inspirational, that I had to share it with you.