U.S. Marshals Find 39 Missing Children During "Operation Not Forgotten" in Georgia
28 August 2020
"The message to missing children and their families is that we will never stop looking for you." Director of the Marshals Service Donald Washington. U.S. Marshals found 39 missing children, 26 of them classified as "rescued" according to their websit...
Read More

Patriotism Borne of Accomplishment on Display at the RNC
26 August 2020
The contrast couldn't be greater, dark vs light. Democrats at their convention couldn't stop lying about America and its President. Republicans at their convention can't stop gushing about all the great things being done in America by its patrio...
Read More Facebook Censors What Globalists Fear
24 August 2020
New York Times article "QAnon Groups Removed By Facebook" attempts to convince the masses that the social media giant is doing us all a big favor by censoring speech they don't like or approve.  While some among us, liberal p...
Read More

SAVE THE CHILDREN END THE MASK ABUSE
22 August 2020
#UnmaskAmerica ! #SaveOurStudents ! #SaveOurChildren ! 😷Masking the face engages the sympathetic system. Fight or flight, cortisol release into the blood. Resulting in Fear 🥺 and depression 😭 and loneliness😦. Children are being d...
Read More Mark Levin's Excellent Interview with the President
21 September 2020
From the "super-fast" vaccine to mail-in ballots to "Sleepy Joe" to the "political hack" Dem governors and their schemes to prevent a Trump re-election, to the "stone-cold dishonest" media to the Mid-East peace deal and more!...
Read More SEE SOMETHING, SAY SOMETHING
19 September 2020
Our source, freelance journalist John Miranda, had his source contact him with a riveting story about a gang of human traffickers in Texas snatching kids and women off the street and out of Walmarts! Find out how this alert citizen got them caug...
Read More US Marshals Confirm Children Trafficked Out of Foster Care
14 September 2020
The U.S. Marshals Service has confirmed what many of us have long known through the State Department and other sources, that the majority of victims of child sex trafficking come out of foster care....
Read More

Netflix "Cuties" Promotes Child Sexualization #CancelNetflix
12 September 2020
The acting is bad, the directing is bad, this movie is just really awful.  But most importantly, it promotes the sexualization of eleven year old children. I'm sure pedophiles sitting at home with nothing to do but lust after children are enjoyi...
Read More
Font size: + –
Subscribe to this blog post Unsubscribe
Print
Featured

Port of Melbourne: Human Trafficking Evidence has Been Uncovered Connected to Some Very Big Corporate Names

Human trafficking evidence has been uncovered connected to some very big corporate names:

I predict, that if these revelations have merit, then Australia's shipping ports (and those connected therein) will face huge pressure with lines of inquiry that they cannot dodge.

The Victorian and NSW Branches of the Maritime Union will also come under the blow torch with these revelations and disclosures.

Scouting around, it now looks like there are hundreds of Q Anon Digital Researchers that have these big corporate names in their sights, and will unpack and expose the lot of them.

As the son, of a Life Member of the Waterside Workers Federation (now MUA), I intend to do my part. And if it came to be that the MUA had anything to do with child trafficking, I personally will be deeply wounded. But this will not stop me from doing my duty in support of children nor indeed anyone who is being trafficked in or out of this country.

I finish by saying, that even in Victoria, there has been a recent announcement, of a line of inquiry by the Children's Commissioner Liana Buchanan. The investigation goes to "missing children" from state care. There are hundreds that go missing.

Victoria's Commissioner for Children has announced an investigation into why hundreds of children are going missing from the state's residential care system each year.

FRANTIC TO COVER IT UP

In Australia there are 28 “Parliamentary Paedophile Protecting Suppression Orders” preventing the names and details of these alleged pedophiles to be released for 90 years.

One person on this list is alleged to be a former Prime Minister! pic.twitter.com/WIjeOFyEy1

How many e-commerce stores are doing this?

We continue to dig regardless. https://t.co/9lOKWKm1n0 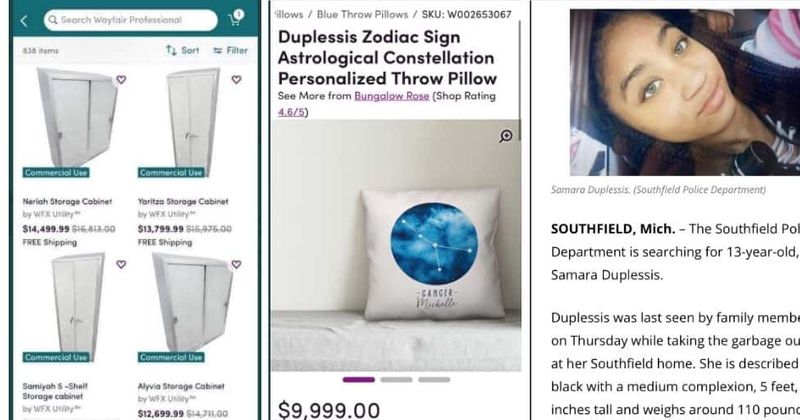 The theory started after people noticed the exorbitant prices and the unusual fact that items had different names written on the item descriptions
https://meaww.com/wayfair-child-trafficking-conspiracy-theory-taking-the-internet-by-storm-cabinets-pillow-throws

About the Wayfair Child Trafficking Conspiracy…

About the Wayfair Child Trafficking Conspiracy...

Ellen DeGeneres, the former talk-show host whose studio set appears to copy the blue and white stripes and other features of a "temple" appearing on Jeffrey Epstein's pedo island, and who appears to be suffering the type of rapid physical decline characteristic of people suffering withdrawals from addiction to the drug adrenochrome, extracted from ritualistically tortured children, has been caught and called out for selling $10,000+ "pillows" on Wayfair with missing children's names on them. 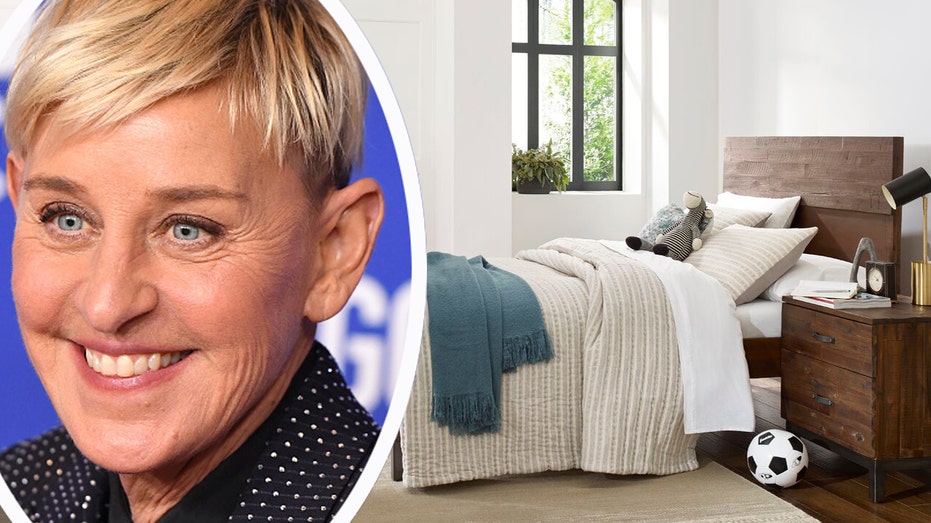