Wendy Rogers is an Angel Warrior for Arizona and America
12 June 2021
Gateway Pundit headline: "Arizona Lawmaker Responds to AG Garland: "You Will Not Touch Arizona Ballots or Machines Unless You Want to Spend Time in Arizona Prison" " This article provides a number of Wendy's no-holds-barred tweets. It's quite likely ...
Read More
Font size: + –
Subscribe to this blog post Unsubscribe
Print
Featured

"The Fake News Media, working in close conjunction with Big Tech and the Radical Left Democrats, is doing everything they can to perpetuate the term "The Big Lie" when speaking of 2020 Presidential Election Fraud. They are right in that the 2020 Presidential Election was a Big Lie, but not in the way they mean. The 2020 Election, which didn't even have Legislative approvals from many States (which is required under the U.S. Constitution), and was also otherwise corrupt, was indeed The Big Lie. So when they try to sell the American people the term The Big Lie, which they do in unison and coordination, think of it instead as the greatest Fraud in the history of our Country! An even greater Hoax than Russia, Russia, Russia, Mueller, Mueller, Mueller, Impeachment Hoax #1, Impeachment Hoax #2, or any of the other many scams the Democrats pulled!"

The Fake News Media, working in close conjunction with… https://t.co/nT9gvp4soH 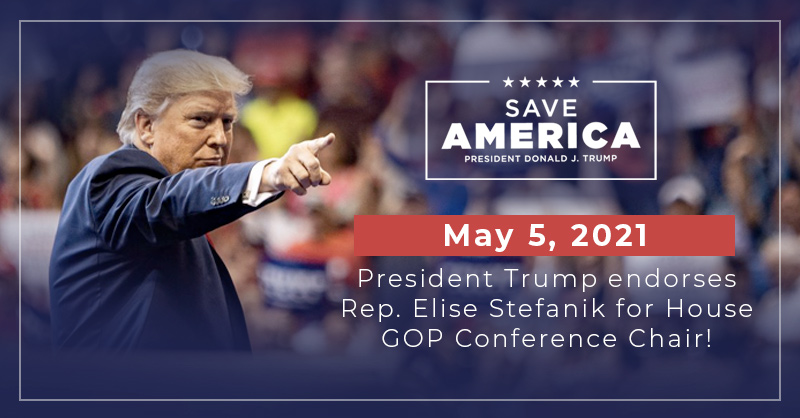 Over the past four years, my administration delivered for Americans of all backgrounds like never before. Save America is about building on those accomplishments, supporting the brave conservatives who will define the future of the America First Movement, the future of our party, and the future of our beloved country. Save America is also about ensuring that we always keep America First, in our foreign and domestic policy. We take pride in our country, we teach the truth about our history, we celebrate our rich heritage and national traditions, and of course, we respect our great American Flag.
https://www.donaldjtrump.com/desk

"Former President Trump launched a communications platform today so he can more easily communicate with his supporters. Trump made the announcement one day before Facebook will decide whether he is let back on their platform. Trump is permanently banned from Twitter.

The communications platform, "From the Desk of Donald J. Trump" can be found at www.DonaldJTrump.com/desk. The technology is powered by Campaign Nucleus— the "digital ecosystem made for efficiently managing political campaigns and organizations." Trump's former campaign manager and digital director Brad Parscale is involved with the effort.

The platform lets Trump post and allows followers to share the former president's posts to various social media networks. At present, Trump's platform does not allow users to reply or otherwise engage with Trump and what he posts.

"This is just a one-way communication," one source told Fox News. "This system allows Trump to communicate with his followers."

Below are some of TRump's posts: "Heartwarming to read new polls on big-shot warmonger Liz Cheney of the great State of Wyoming.

"She is so low that her only chance would be if vast numbers of people run against her which, hopefully, won't happen. They never liked her much, but I say she'll never run in a Wyoming election again!

"So nice to see RINO Mitt Romney booed off the stage at the Utah Republican State Convention. They are among the earliest to have figured this guy out, a stone cold loser!

"Please explain to the Democrats and RINOs that the reason Texas-06 completely shut out Democrats in Saturday's Jungle Primary is because of my Endorsement of Susan Wright, who surged last week after receiving it.

"The Democrats were shut out and now it will be a contest between two Republicans, a very big win. It would be nice, however, if the pundits and Fake News Media would state the real reason for this unprecedented victory!"

The rollout of the platform also comes just a day before Facebook's Oversight Board is expected to announce its decision on whether to indefinitely suspend Trump from Facebook and Instagram.

The board in January accepted a case referral from Facebook to examine the ban, as well as to provide policy recommendations on suspensions when the user is a political leader.

Facebook moved to block Trump "indefinitely" after the Jan. 6 riot in the U.S. Capitol, with CEO Mark Zuckerberg saying that they "believe the risks of allowing the President to continue to use our service during this period are simply too great."

Regardless of Facebook's decision Wednesday a Twitter spokesperson told Fox News that Trump is permanently suspended from tweeting.

Big tech is silencing Republican voices but we are here to help keep you informed by sharing real news. If you like the content we share please feel free to subscribe to our newsletter, this story was shared from MAGAConservatives. (Gary Fenster is the author.)