Food Lines in New York, Not a Conspiracy Theory According to an article in the New York Post, there were food lines stretching for a quarter of a mile in Queens New York on Saturday.  While many people, including myself warned that closing the economy over a virus would create poverty and hunger as businesses were forced to close for some months, democrats could be heard screaming, "you should care about people, more than the economy."  Warnings that many millions of people would be forced into poverty and that hundreds of thousands more people many of them children around the world, not just the United States, would be added to total deaths due to starvation, fell on deaf ears.  Government handouts such as small stimulus checks did little to get people through this artificial crisis.  It looks like some New Yorkers are getting a taste of what socialism in America would look like.

By Melanie Gray and Georgett Roberts

The line stretched a quarter-mile before the sun was barely up Saturday, snaking around corners like bread lines in the 1930s. But the hungry in Queens are today's New Yorkers, left jobless by the coronavirus.

Until the pandemic struck the city, La Jornada food pantry used to hand out groceries to roughly 1,000 families a week. Now, the figure tops 10,000. And volunteers serve lunch every day to 1,000 — many of them kids with growling stomachs. Across the five boroughs, the hungry number in the hundreds of thousands, the Food Bank of New York estimates.

Seniors, moms and kids, singles — many immigrants from China and Mexico — wait for hours. They turn out in droves wherever, and whenever, the food pantry's truck shows up.

"We feel like we are underwater, drowning in a tsunami of people," Rodriguez, a volunteer who acts as the food pantry's executive director, told The Post. "This isn't like a little rain coming down. The numbers are unbelievable."

In less than an hour Saturday, Rodriguez and his army of other volunteers — nearly 400 spread across Queens — checked off almost 250 names from the appointment list.

The protocol used to be first-come, first-served — until the needy started showing up before dawn because they were afraid La Jornada would run out of food. Once, in late March, the line covered 28 blocks.

Walter Barrera still arrived at 6 a.m. to pick up his family's groceries for the coming week — rice, potatoes, cans of soup, even fruit and vegetables.

Barrera, 50, has stopped by the food pantry every Saturday since he lost his construction job four months ago. He can't find work and neither can his two older sons, 19 and 17. His youngest son is 11.

Money is so tight, friends and relatives are helping him with the $2,300 a month he pays for his three-bedroom apartment in Flushing, where he lives with his wife and all of their sons.

"What do I tell my children when they look at me with hungry bellies, especially my 11-year-old son?" said Barrera, who came from South America two decades ago. "It breaks my heart. I'm their father. I'm supposed to feed them." 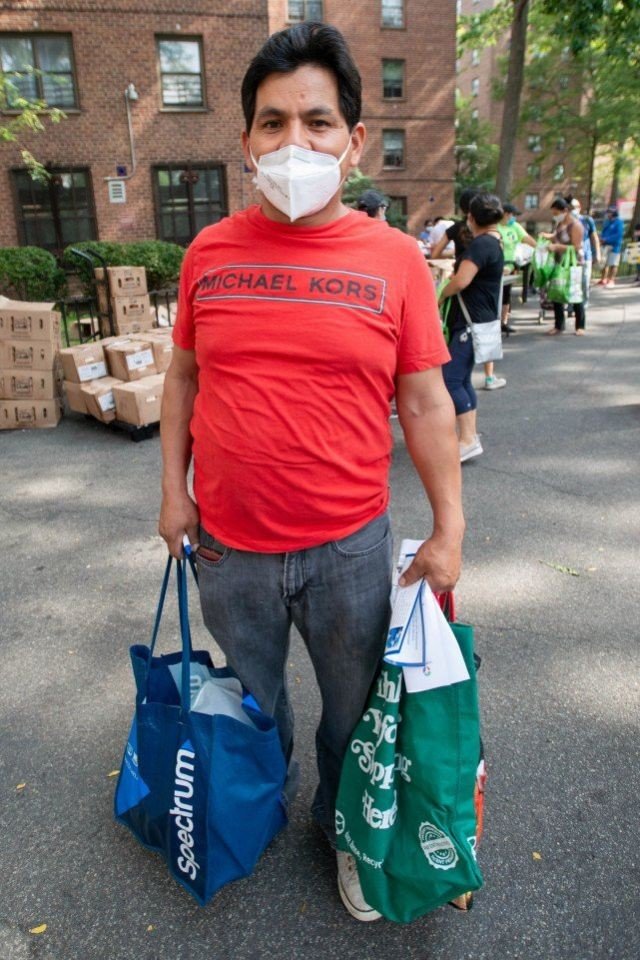 Julio Moncayo has a wife and a 7-year-old daughter to support. The 40-year-old construction worker puts in two or three days a week now, but the pay isn't enough to cover the $1,500 in rent for his family's two-bedroom apartment in Flushing or their grocery bill.

On Sundays, La Jornada's truck sets up in Woodside. Wednesdays, Rodriguez makes two stops in the Corona neighborhood. Thursdays are set aside for the roughly 900 who live in the public housing development, where the food pantry is based. Seniors and those with disabilities come on Fridays. And Saturdays are for anyone who needs a helping hand.

As soon as Rodriguez wrapped up Saturday, he was on the hunt to restock the truck for Sunday. He gets groceries from wherever he can — the United Way, churches, supermarkets, the Food Bank of New York, the more fortunate.

"We were never prepared for this," he said, "but we've grown into this." 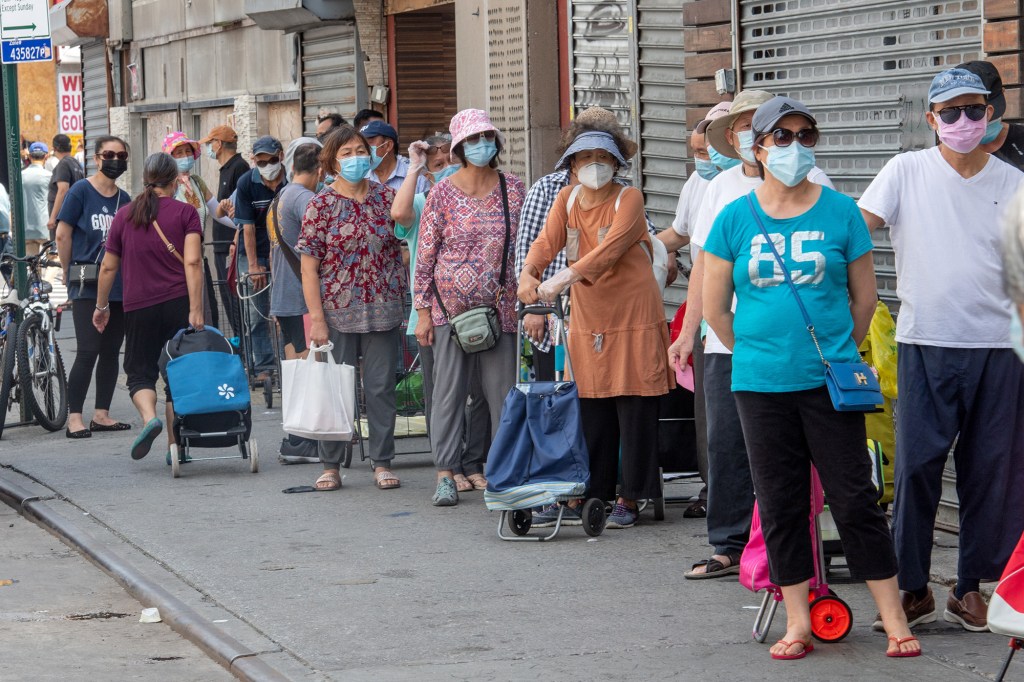 Hungry New Yorkers line up around the block for free food

Is it just me or are most of these hungry people experiencing cognitive dissonance, standing in food lines wearing their masks, not thinking about the fact that they are in this situation because of a fake global pandemic?