New York Times article "QAnon Groups Removed By Facebook" attempts to convince the masses that the social media giant is doing us all a big favor by censoring speech they don't like or approve. While some among us, liberal progressives maybe, will think this is a great thing to save us from ourselves, the message is really that we cannot be trusted to think for ourselves. We cannot be trusted to reason or research, to do our own thinking. To them, we are all a bunch of sheep that need to be herded by the mainstream media and the power elite.

OAKLAND, Calif. — Facebook said on Wednesday that it had removed 790 QAnon groups from its site and was restricting another 1,950 groups, 440 pages and more than 10,000 Instagram accounts related to the right-wing conspiracy theory, in the social network’s most sweeping action against the fast-growing movement. Facebook’s takedown followed record growth of QAnon groups on the site, much of it since the coronavirus pandemic began in March....
https://www.msn.com/en-us/news/us/qanon-groups-removed-by-facebook/ar-BB18a1lK?li=BBnb7Kz&ocid=mailsignout&fbclid=IwAR1pAkdAEQEOo7airSboIPIo3U6NxgXZjduN5QEfFg5DPiRLm9XMs7RGiYM

I did a QAnon search on Facebook and the only thing that the site allows to hit are articles mostly regarding the removal of the groups.

The New York Times article does a fantastic job outing why the social media giants are in such a fury to delete and censor the groups, highlighting the "record growth of QAnon groups" and accusing QAnon groups of both inciting and participating in violence and linking QAnon with the Plandemic video series. Interestingly, the same New York Times and other mainstream media outlets don't seem to be overly alarmed by the actual presence of violence in the ANTIFA and BLM movements.4 In fact while doing a google search on either of these groups, one mainstream news organization even mentions the violence and only in reference to what AG Barr seems to think about the movements.

Anyone with the ability to reason will be able to perceive the real intent of the deletion of the groups while noting how ridiculous it is to highlight a woman who has obvious psychological issues, carrying knives in her car, as some sort of evidence of mass planned violence within the QAnon movement. It is so laughable I can hardly write this without laughing out loud myself.

In direct contrast to the fake news accusing Q Anon of promoting violence, the evidence is in our daily headlines that it's the Left that promotes violence. We're not stupid. 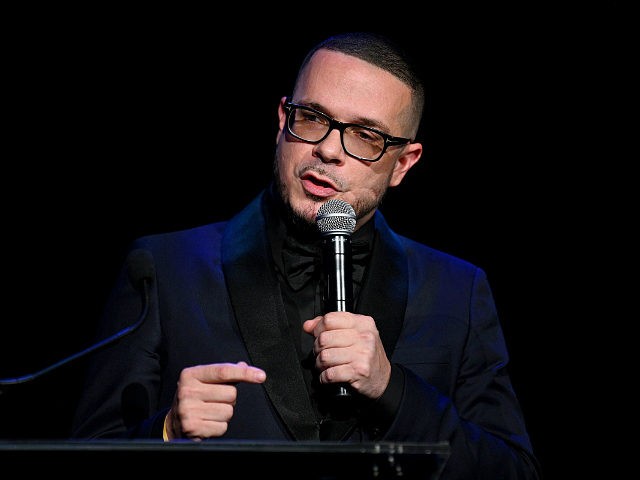 Nolte -- Shaun King: 'I'm Not Going to Call for Peace' in Kenosha

Far-left activist Shaun King tweeted he is "not going to call for peace" while riots broke out in the Democrat-run city of Kenosha, WI, after an officer-involved shooting.

"Nah. I'm not going to call for peace. We've tried peace. For years. Y'all don't understand that language," he tweeted as the violence increased. "We are calling for a complete dismantling of American policing. It's NOT broken. It was built to work this way. And mayhem is the consequence. You earned it."

"Video posted on social media that appeared to capture the shooting in question, shows two Kenosha police officers following a black man with weapons drawn. The man appears to be defying them as he walks around the front of a minivan, opens the door, and attempts to enter the minivan. One of the officers grabs the man's shirt — he's been identified as Jacob Blake — and then shoots him in the back seven times.

"What followed is what we have seen in countless Democrat-run cities over the past months: rioting, arson, violence… What King accurately described as "mayhem."

"Oh, and there was also looting, because nothing proves how down you are with the struggle than upgrading your home entertainment system.

"This is not the first time King has endorsed violence. In June, King called for statues that portray Jesus as white to be torn down.

" "Yes, I think the statues of the white European they claim is Jesus should also come down. They are a form of white supremacy. Always have been," he tweeted, adding, "Tear them down."

" "All murals and stained glass windows of white Jesus, and his European mother, and their white friends should also come down."

"It should be noted that depictions of Jesus as white are not a form of white supremacy. The Holy Mother, Mary, has appeared as part of many different cultures — African, Mexican, and European. And so throughout the world, the Holy Family is depicted as Middle Eastern, black, Hispanic, white, you name it. This isn't about race, it's about the universality of the Faith.

John Nolte @NolteNC featured in the Breitbart article linked above.

"Facebook said Tuesday that it is banning all QAnon accounts from its platforms, a significant escalation over its previous actions and one of the broadest rules the social media giant has put in place in its history.

"Facebook said the change is an update on the policy it created in August that initially only removed accounts related to the QAnon conspiracy theory that discussed violence, which resulted in the termination of 1,500 pages, groups and profiles.

"A company spokesperson said the enforcement, which started Tuesday, will "bring to parity what we've been doing on other pieces of policy with regard to militarized social movements," such as militia and terror groups that repeatedly call for violence."

"Starting today, we will remove Facebook Pages, Groups and Instagram accounts for representing QAnon. We're starting to enforce this updated policy today and are removing content accordingly, but this work will take time and will continue in the coming days and weeks," Facebook wrote in a press release. "Our Dangerous Organizations Operations team will continue to enforce this policy and proactively detect content for removal instead of relying on user reports."

"The spokesperson said the company believed it needed to limit the "ability of QAnon and Militarized Social Movements to operate and organize on our platform."

"QAnon is a conspiracy theory that grew out of the fringes of the internet and posits that high-profile Democrats and Hollywood celebrities are members of a child-eating cabal that is being secretly taken down by President Donald Trump, and that members of this fictitious cabal will soon be marched to their execution. The conspiracy theory relies on posts from Q, an anonymous user of the extremist message board 8kun, which was formerly called 8chan, who has been wrongly predicting the roundup of prominent Democrats since October 2017.

"The Facebook spokesperson said the company is "not going after individual posts," but whole accounts that spread the conspiracy theory, which has been tied to acts of violence.

"In the last week, the QAnon community has pushed the conspiracy theory that Trump is not sick with the coronavirus, but carrying out secret missions in a fictitious war that has been predicted by QAnon followers."

You really have to ask yourself why these people are so worried about QAnon believers. Also claiming that QAnon followers are dangerous. They are dangerous why? There is no evidence that QAnon followers are violent. This is all media hype. The violence of late has clearly come from the left yet you see only, "peaceful protests" in mainstream media with fires blazing in the background.

What is the point of censorship? Censorship is only done to prevent the message getting out that someone fears. And in this case the fear is so powerful with these leftist that they just completely ban people who believe in QAnon. Laughable really. Facebook said Tuesday that it is banning all QAnon accounts from its platforms, a significant escalation over its previous action and one of the broadest rules the social media giant has put in place in its history.
https://www.nbcnews.com/tech/tech-news/facebook-bans-qanon-across-its-platforms-n1242339 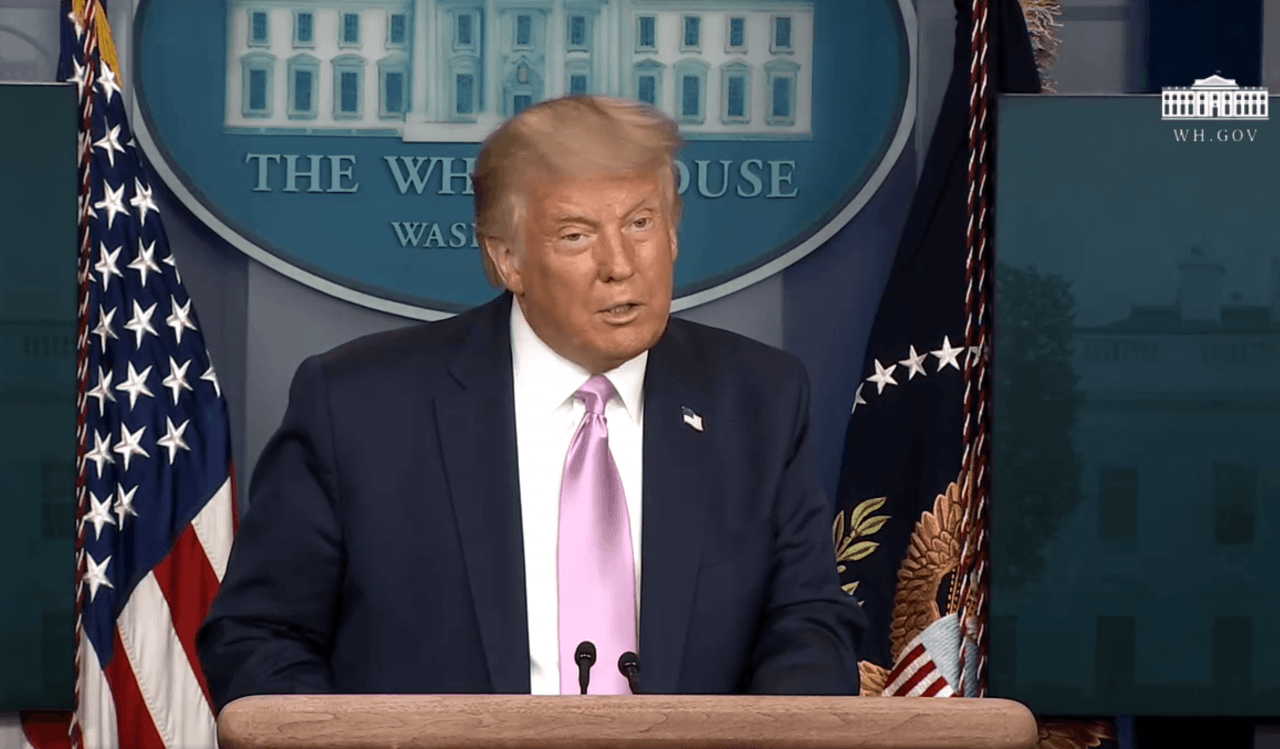 Aug. 25 UPDATE: Mr. Malinowski (D) of NJ, has posted a draft of a House Resolution which we post for you here ...
https://rubyraymedia.com/index.php/top-stories-view-all-articles/potus-fields-questions-about-q-anon

TRUMP OCTOBER 6th TWEET: I have fully authorized the total Declassification of any & all documents pertaining to the single greatest political CRIME in American History, the Russia Hoax. Likewise, the Hillary Clinton Email Scandal.
https://rubyraymedia.com/index.php/top-stories/spygate-view-all-articles/its-about-time-something-happens

MyRR Arsenal: A mighty tide has begun, people are coming to RRM for many reasons, including a censorship-free safe haven for their content--and best of all, it's free! In addition to enjoying some of the best news and commentary on the internet!
https://rubyraymedia.com/index.php/top-stories-view-all-articles/host-your-content-where-it-can-t-be-censored
Tweet
How do you feel about this post?
4
0
0
0
0