Eye on Maricopa: DEFENDING THE REPUBLIC Weighs In

"It has been a new world every day in Arizona. Despite every conceivable roadblock, legal motion and hearings,THE most historic and unprecedented audit of American ballots is still happening, at least at this moment. And it is on track to be completed by the deadline."

"Good old Mark Zuckerberg dumped $3 million dollars into Maricopa County, Arizona and NO ONE knows where it went. UNBELIEVABLE."

"We have been telling you how important the audit in the largest county of Arizona is and when you read this you will have little doubt as to why.

"It seems, at the moment, that the very people in charge of making sure the casting of ballots in November 2020 was free and fair, were paid money to make sure it wasn't.QUOTE: Not only doesn't the public have a clue who actually accepted the $2,995,921 in Zuckerbucks in Maricopa, but it also doesn't know what, exactly, they did with it! New drop boxes? Election software? New Dominion hardware? IT specialists? Election Judge subsidies? Absentee ballot van deliveries late at night? Blank absentee ballot print jobs? Who knows!

"However, what we do know for a fact from CRC is that Maricopa is the fourth most populous county in America and the largest in Arizona, containing roughly 62 percent of the state's population and over 60 percent of its registered voters. Only one county in the state flipped in 2020: Maricopa County, which narrowly broke for Biden by 50.3 percent to 48.1 percent. Maricopa County gave Biden 1,040,774 votes (62 percent of his statewide total), miraculously increasing Clinton's 2016 figures by 50% and Biden … outperformed every presidential nominee in Arizona history, Republican or Democrat.

"Biden's win in Maricopa in 2020 represents a whopping increase from Hillary votes in 2016, in a state with a majority of Republican voters! It was clearly Maricopa County that took the election for Biden in Arizona, with President Donald Trump (R) losing the state by only less than 11,000 votes.

"Americans want to know what role did an almost $3M in Zuckerbucks play in this Maricopa miracle!"

Read the full story at this link:

HUGE: Maricopa County Was Given $3 Million of 'Zuckerbucks' Before Election But No One Knows Who Received It and What It Was Used For!

In addition to repeatedly sabotaging attempts by the Arizona Senate to implement an accurate, transparent, and factual forensic audit of Maricopa's 2020 election – which is set to actually begin on April 22 – the Maricopa County Board of Supervisors (MCBOS) also repeatedly violated the chain of custody of the 2.1 million ballots from the 2020 election which this Board is legally responsible for safeguarding.
https://www.thegatewaypundit.com/2021/04/huge-maricopa-county-given-3-million-zuckerbucks-election-no-one-knows-specifically-went-used/ 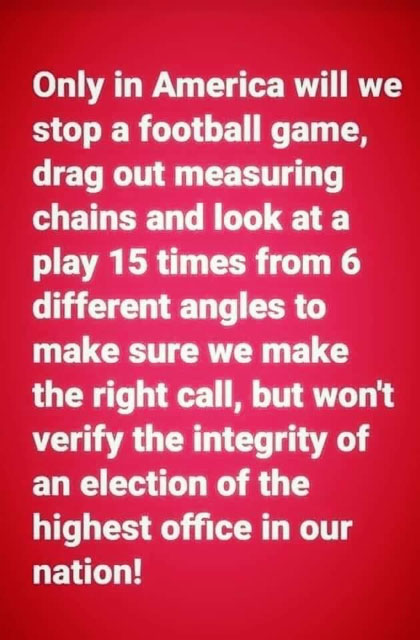 April 20th: Defending The Republic and The Great Effort Underway - DEFENDING THE REPUBLIC

We believe one of the best ways that you can help us in the battle to save America is to educate yourself on the facts and then share that with the people who are in your world.

We will help you by providing information and facts, we ask you to pass along this information through email and all of the social media you participate on.

Information is FREEDOM and POWER!

Always remember, wearing the armor of God, including the Truth, YOU can make a difference every day.