@KristySwansonXO Ya it’s sad and it sucks. The fact others are ridiculing you over this is pathetic and they’re part of the problem. RT @BoardwalkVenice: Venice Beach Boardwalk comparison - Wednesday Sept. 9, 2020 7:15pm vs. Wednesday April 21, 2021 7:15pm pic.twitter.com/G8IV70GcYc

What happened between September of 2020 and April of this year? My guess is Covidiocy. California locked down hard and closed businesses. What else happened? I don't think you will be able to find the full answer to that in the mainstream media.

I found a cute little blog that suggests putting Venice on your LA bucket list, with a list of 10 things to do while there. You can find that here.

Among the suggestions on this cute little blog is to "Experience the madness of the Venice Beach Boardwalk". I'm pretty sure that is a very bad idea right now. My list would be a list of 10 things NOT to do in Venice Beach and one of them might be, try not to get injured or killed.

I wonder what happened to the woman you can hear screaming in the following video.

California's economy is declining and as a result people are leaving. According to recent reports, there has been an exit in California that equals nearly half a percent. With California's stifling taxes due its continual over spending along with regulations which make everything more expensive from small business to large, to utilities and housing, it is really no wonder people are leaving.

Unemployment shot up to record highs after the lockdowns to over 16% and the economy is still lagging. There are lots of prognosticators projecting all is well and good and California will recover, but with businesses and people leaving in droves, I don't know how that is possible. Governor Gavin Newson, is also planning to issue another stimulus payment for those making under $75,000 per year along with other stimulus for Californians to the tune of $100 billion.

The problem with liberal economics is that, in nearly every instance when more money is thrown at a problem the problem inevitably gets worse, then they throw more money at it, on and on and on ad infinitum.

EYE ON Liberal Hellholes: The Fight for the Soul of Seattle; Updated 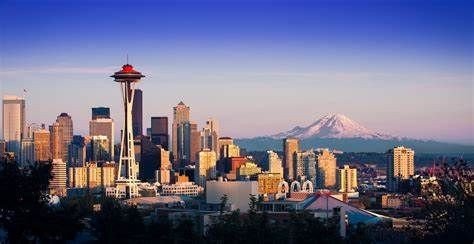 The city of Seattle is dying. It is now run by the criminal element without apparent care or concern from the city government or apparently even the state government. The retail core is dying, people don't feel safe and the streets of Seattle are filled with homeless drug addicts who have become the criminal element, who are consistently arrested, released, rearrested and released again and again. Because of the corruption as well as the failed policies of these city and state governments, businesses are shuttering, people are leaving and that means the city is going bankrupt.

From the description of the video documentary created by an ABC affiliate, on YouTube:

"The Fight for the Soul of Seattle" examines the role of Seattle's City Council in allowing the situation to reach what many experts consider epidemic levels under the guise of a compassionate approach to people who suffer from substance addiction and who commit crimes to feed their habit. It documents the heartbreaking condition of people on the streets, and the crushing decisions Seattle entrepreneurs are forced to contemplate as their life savings and dreams are destroyed by theft, vandalism and a dwindling customer base. This documentary also explores potential bold solutions to treat those living on the streets and pair them with agencies and assistance that can provide a clear path away from the endless circle of addiction and crime."