This is a question that most certainly needs to be asked and Dr. Mercola gives us food for thought.

SAVE AMERICA: Insurrection was on Nov 3 - Jan 6 was a protest
21 October 2021
We cover here the POTUS Save America statements of the last few days, in reverse order. They are sure signals that we are moving towards that "first domino" to fall. Can't wait!!...
Read More

YUGE TRUMP ANNOUNCEMENT: Let Freedom Ring!
21 October 2021
What is Trump Media and Technology Group (TMTG) and what is the potential impact? At first glance, the official announcement about TMTG (supplied below) may seem like a bunch of legalese wording done to keep lawyer types busy, yet when you read it yo...
Read More MAGNIFICENT MERCOLA: Comparing Ivermectin to Merck’s New Molnupiravir
20 October 2021
Merck has a new antiviral drug, molnupiravir, that was being designed to treat influenza, but now is touted as a drug for COVID-19, even though its effectiveness for COVID is being questioned....
Read More

Dear White Liberals: "I thought Black Lives Matter?"
20 October 2021
HISTORY DOESN'T LIE: But we were lied to.The use of mankind as a 'tool' to experiment upon with deadly substances disguised as 'medicine', such as we see with the deadly dangers of forced jabbing, is but one form of destructive inhuman Big pHARMa tre...
Read More
Font size: + –
Subscribe to this blog post Unsubscribe
Print Did you know that Easter had a season? Did you also know that we are in that season, known as Eastertide? Eastertide is the period that lasts for 50 days from Easter Sunday to Pentecost Sunday. During this time, we are meant to celebrate the resurrection of Jesus Christ the Son of God who came to give us the example of how to live a Holy life on earth and prove life everlasting if we accept him as our Lord and Savior.

"The Fifty days from Easter Sunday to Pentecost are celebrated in joyful exultation as one feast day, or better as one "great Sunday."

'These above all others are the days for the singing of the Alleluia.

'The Sundays of this season rank as the paschal Sundays and, after Easter Sunday itself, are called the Second, Third, Fourth, Fifth, Sixth, and Seventh Sundays of Easter. The period of fifty sacred days ends on Pentecost Sunday. The first eight days of the Easter Season make up the octave of Easter and are celebrated as solemnities of the Lord.

'On the fortieth day after Easter the Ascension is celebrated, except in places where, not being a holy day of obligation, it has been transferred to the Seventh Sunday of Easter. This solemnity directs our attention to Christ, who ascended into heaven before the eyes of his disciples, who is now seated at the right hand of the Father, invested with royal power, who is there to prepare a place for us in the kingdom of heaven; and who is destined to come again at the end of time.

'The weekdays after the Ascension until the Saturday before Pentecost inclusive are a preparation for the coming of the Holy Spirit, the Paraclete.

'This sacred season of fifty days comes to an end on Pentecost Sunday, which commemorates the giving of the Holy Spirit to the apostles, the beginnings of the Church and its mission to every tongue and people and nation." 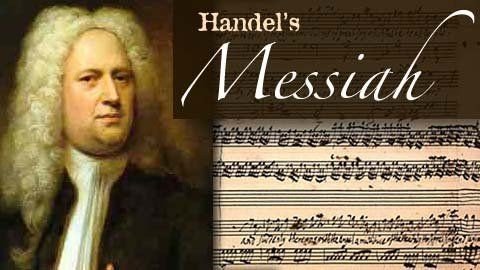