Do Not Forget Holy Charity

The Triumph of Charity

Among the manifold Blessings enjoyed by the American people are the treasured memories of the great dramas of their early history—of General Washington crossing the Delaware, the winter at Valley Forge and his magnificent leadership of the American Revolution during a trying period in the formation of the United States. The Great General, who knelt in the forest and implored protection from his Almighty God, did evoke a response that could never be measured as material substance is; for it was the very real Charity of Heaven and the response from the Mercy Seat of God that flooded his Heart and manifested in him as flint-like courage to press on through the most dire hardships and forebodings. Thus he came to a place where his Faith expanded still further in the drawing together of the strands of Unity throughout the Thirteen States that comprised the first American Union.

During the present hour of crisis and testing, when the far-flung roots of American democracy are planted in foreign soils, a continuing VISION akin to Washington's own is needed by the men and women of the current age, especially since the population explosion in many parts of the world has compounded the problems of providing food, clothing and education for the masses and dissatisfactions have increased the threat of world communism. Therefore, it is important to recognize that the sustaining Light of God that never fails must be drawn forth individually by each one on Earth if individual benefits are to be conferred, and collectively, by the masses, if collective benefits are to be sustained.

Now, during the smoke and heat of battle many individuals become their own worst enemies, and the holy traditions of sacred Charity are forgotten. But God does not forget, and the Great Law remembers still. Hence the links, forged in the dim but forgotten past, must be amended today; and in this process, while men may prefer ear-tickling tales of a vicarious atonement that they might be released of all error (and understandably so), the inner peace of Holy Truth must be chosen above the outer appeasement of wishful error. For, through the wonderful transmutative power of prayer of the saints robed in white and the angels along with us here on earth, and the understanding conveyed by the brothers and sisters of truth through the Mighty Presence of God and His Christ, man is able to wash the scarlet stains from his garments and in glistening white raiment externalize such Holy Charity which shall lift him from the age old cycles of monotonous repetition.

While we are here on earth it is never enough for individuals to rest back upon the oars of past actions or to merely "feel" secure, until the final great Victory is won. And, therefore, in the Name of Holy Charity, I implore everyone who is seeking to do God's Will and to increase his Faith from day to day, to stand fast IN FREEDOM that is neither intolerant of intolerance nor tolerant of insidious error, but pays tribute to those Godly Qualities of Holy Charity—Faith and Hope, upon which stalwart men of old did rely.

Reading about these blessed ones or hearing of their struggles may not be the same as facing your own, but I think I can safely say, with the Power of Truth all around Me, that I see a Crown of Victory for each one who will keep on keeping on; and I see a collective Crown of Victory for the Godly Nations of the world, for those who will consecrate their youth to the strong ideals of earlier champions of Liberty, ideals cast not in the negative mold of the human imperfections which these great men had, but rather in the divinely natural perfections which they outpictured and in the progressive hope of working together to build a nobler image still. For it is God's expanding Holy Will, His own Charity of Purpose which continues to manifest in an unbroken stream in the hearts of the brave—yesterday, today, and forever.

Think not that an earlier epoch was easier or greater than the present one. And today, even as yesterday, I see strands of Holy Wisdom, like the golden strings of a harp not yet fixed in place, furling through the sunlit air, awaiting the hands of recognition to seize and draw them down in order that new notes of attuned courage and holy harmony may be plucked.

I see the hands of men and women everywhere pressed towards the Seat of the Christ upon the Mighty Cloud of Witness. These seek to pillow their heads upon the Lap of His Holy Wisdom and to partake of the Whiteness of His Garment. They arise from all nations and kingdoms to become dauntless conquerors of every shadowed "spot" within themselves until the whole earth shines with the golden dust of Eternal Verities.

May the Angelic Hosts, in ever-increasing releases of Their Love, carry mankind to a new crest of attainment. I look toward the dawn, together with Hope, in full Faith that Trust in God shall make all lands secure. 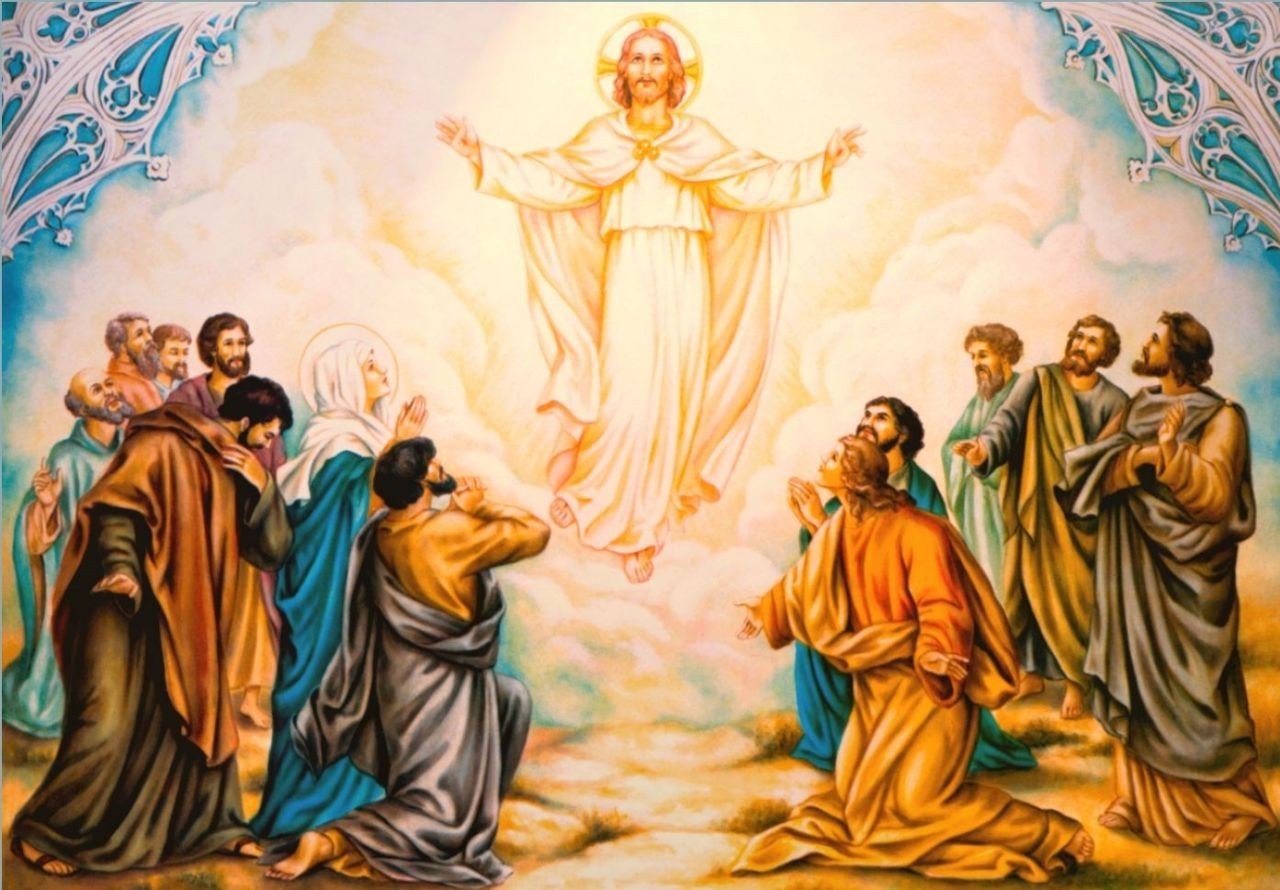 Did you know that Easter had a season? Did you also know that we are in that season, known as Eastertide? Eastertide is the period that lasts for 50 days from Easter Sunday to Pentecost Sunday. During this time, we are meant to celebrate the resurrection of Jesus Christ the Son of God who came to give us the example of how to live a Holy life on earth and prove life everlasting if we accept him as our Lord and Savior.