The CCP's YouTube puts it in writing: they want to control what you think! As @MajorPatriot puts it: "YouTube sure isn't acting like Biden won." Our mirth increases daily, only because we already know how this ends. We already know who's being inaugurated on January 20, 2021, in DC (while the other guy gets a Potemkin Village inauguration in his basement in Delaware, just to keep him from wandering to neighbors' homes sniffing for their kids' hair.)

"YouTube said Wednesday it's cracking down on content on its video-sharing, social media platform that alleges election fraud or errors that changed the outcome of the 2020 election.

"The company said examples of content it would remove included videos alleging widespread software glitches or vote-counting errors changed the outcome of the 2020 election."

YouTube's reasoning for the new policy is essentially 'you are not allowed to criticize the government' pic.twitter.com/nuymLixQ9O

The week that dozens of our friend's YouTube accounts were suspended was the week Hunter Biden's crimes were first exposed.
Makes sense now?#LaptopFromHell

We will no longer be streaming most events on @YouTube for the time being due to their new rules on content that "alleges fraud or error changed the outcome of the 2020 election".

This is the RED LINE IN THE SAND!

Republicans not supporting the removal of Section 230 we have to consider both traitors & full fledged members of the Coup d'etat...

This is by far the most outrageous thing YouTube has ever done in a long and growing list of Marxist anti-free speech policies they’ve rolled out over the last few years.

Make no mistake, the rest of Big Tech will be following Youtube's lead shortly.
Eventually Trump's twitter account will be removed, and a full-on black out by Big Tech will be put into motion.

Prepare alternate means of communications now so you arent caught off guard.

As YouTube goes to war against independent voices, more turn to Rumblehttps://t.co/eJl5flxUBV

Looks like we did this just in time https://t.co/q0a3Wfw7TT

China Thinks They Own Us - Watch!

Tucker Carlson plays the video of a Communist Chinese professor demonstrating great arrogance about Chinese influence over our corrupt leaders.

We say: Pride goeth before the fall. 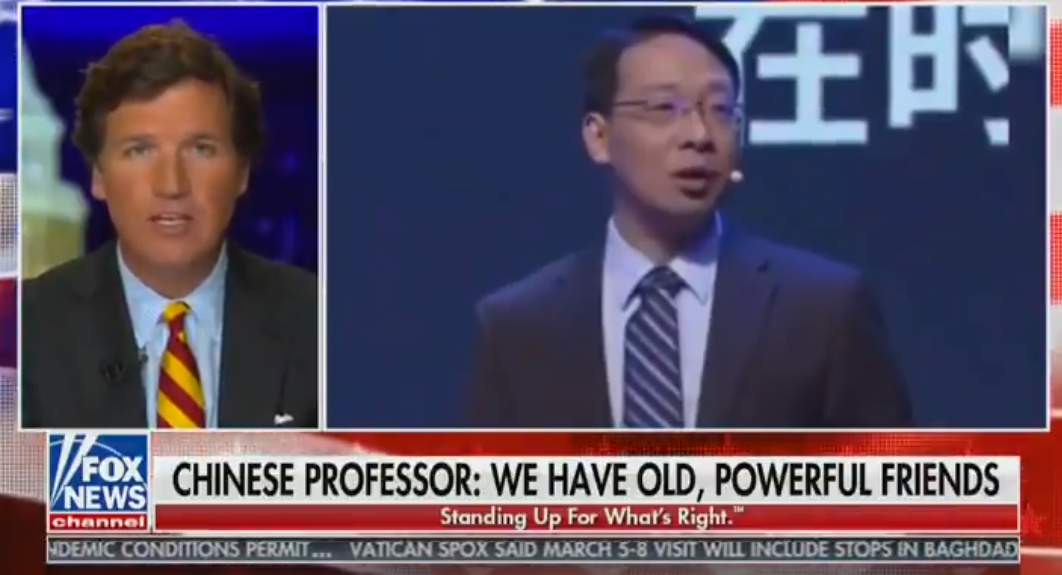 Ruby Ray Media - China Thinks They Own Us - Watch!

MyRR Arsenal: A mighty tide has begun, people are coming to RRM for many reasons, including a censorship-free safe haven for their content--and best of all, it's free! In addition to enjoying some of the best news and commentary on the internet, memb
https://rubyraymedia.com/index.php/top-stories-view-all-articles/host-your-content-where-it-can-t-be-censored
Tweet
How do you feel about this post?
1
0
1
0
0