Jesus would tell us, "I AM the Resurrection and the Life! Yes, and I AM also the preceding Transfiguration!" Do any of us doubt it?

How right you are, for God is truly Light, and in him is no darkness at all!

Now, I am certain that thoughtful men and women will immediately recognize the difference between the uses of light in Nature and the uses of spiritual light in man. I refer to the fact that in Nature the outline of manifestation is achieved by a little more shading here and a little more light there, thus portraying on the canvas of life scenes of heaven and earth painted in a variety which is outpictured in sunlight and shadow, green leaf and bright marigold, and the marine blue of the deep—white foam and cloud, eternal movement of sky and sea.

Yet, this is a phenomenon entirely different from the vibrations of the Holy Spirit manifesting within and about man as the essence of God, in cosmic action. For in the perfection of God's light, there is no darkness whatsoever—no shading, no subtlety—only the pure radiance of the Most High.

Nature requires that atomic matter be clothed with various molecular patterns locking in vibratory levels which define every type and combination of material manifestation necessary to the evolution of a peculiar lifewave. We may consider that divine Law perhaps originally intended the creation to unfold in the physical world that cosmic beauty which was outpictured in the Mind of God and given from God's own hand to us, the child-man.

The reason the sons of God consider their God to be a flame or a universal fire (Moses identified our God as "a consuming fire") is that, whereas Nature exhibits vibratory changes by a light stimulus or force from without, the soul of the son of God has the potential to self-realize the pure God-power of the fires of the Holy Spirit from within himself.

The creative fires are at the very core of being, and the ancient memory scored in electronic life is that the spirit of man was born out of the very sacred fires by which Elohim gave birth to cosmos. The sons of God simply cannot forget that they came forth from the Great Spirit of the One God to sow the fires of the Christic seed everywhere in the matter worlds—and to endow their Father's creation with the light of Life.

Because they are made of the same stuff, they know their Father is a consuming fire. Were they not essential fire beings, the sons of God would not have survived "all the fiery darts of the wicked" (fallen angels' sendings of malice) to the present hour—nor could they have been successful co-creators with Elohim throughout their long trek through the galaxies. By divine direction, therefore, the son of God can draw around those inner fires of the heart that specific God-activity which the Father gave to creation to externalize for his lifestream alone, made wholly in the divine image.

In the immaculate purity of this perfect light and perfect image, the birthright of every soul born of God, there is no darkness whatsoever—nor any of the gradation required in the natural manifestations of the footstool kingdom.

However, some of the 'gods' have wrested the secrets of creation to alter the inner nature of man (both his soul and his genes) to conform to an inverted pattern. Through his inharmonious habits of thought and feeling man became vulnerable to this treacherous violation of the nucleus of self. Therefore, because these gods were dishonorably motivated in their genetic enslavement of lesser endowed evolutions to a mechanistic control, when Jesus was on earth he spoke unto these manipulators of life, saying, "You are of your father the devil, and the lust of your father will ye carry out." (This lust was for the Light of the Christ sealed in the blood of the children of Elohim and equally for the Light of Christic attainment radiating from the bodies of the sons of the Father.)

I referred, then, to the abortions of cosmic principles by the godless, the deadly inversion of divine Law by the fallen ones who used the sacred gift of free will to turn God's purposes upside down at human levels and, with malice intended, created pain and sorrow for the children of God. By such devices, they added to their heavy burden, self-incurred by prior dis- obedience to the Lord God and to his subsequent Edenic judgments rendered upon them.

Contradicting and rebelling against the divine intent, archdeceivers, as well as geneticists who had begun their synthetic imitations of the creation of Elohim in earlier epochs, moved to subject mankind to the whims of their diabolical will.

Transfiguration is the means devised by the Godhead to free man from (1) all manipulations and degrading changes intended to de-evolutionize the race and (2) all that is not in complete unity with the seed-essence of God himself and with the sacred fire of Christ.

The effect of God's light upon man's mind is great joy and peace. When the light and fire of God flow through him like a crystal-clear river of Life, washing away the former impressions of unhappiness, the glory and freedom he feels are boundless!

Every son of God can and should pass through the initiation of the transfiguration—not merely as an Easter ritual, but as the once-in-a-lifetime mountaintop experience with Moses, Elijah, and Jesus, witnessed by the apostles. This is the gift of God to permanently change one's life and to prepare the soul for succeeding steps on the path fefore the resurrection can be attained.

The power of the transfiguration to change one life exemplifies the action of the sacred fire, whose transforming light is the miracle worker day by day, until the soul and four lower bodies of the disciple are prepared for the fullness of the all-enveloping transfiguration.

Such as these, proving the Law of Love step by step, descend the mountain and go forth and serve better equipped to render real assistance to their own friends, loved ones, and a world that hungers as never before to be filled with righteousness—the knowledge of the "right use" of all God's powers. These are truly the meek who, full of divine strength, shall inherit the earth. 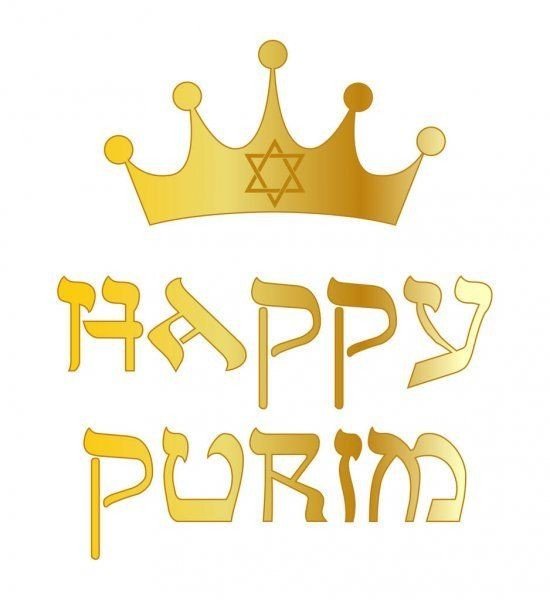 "The jolly Jewish holiday of Purim is celebrated every year on the 14th of the Hebrew month of Adar (late winter/early spring). Purim 2021 begins on Thursday night, February 25 and continues through Friday, February 26, (extending through Sunday in Jerusalem). It commemorates the (Divinely orchestrated) salvation of the Jewish people in the ancient Persian empire from Haman's plot "to destroy, kill and annihilate all the Jews, young and old, infants and women, in a single day." Literally "lots" in ancient Persian, Purim was thus named since Haman had thrown lots to determine when he would carry out his diabolical scheme, as recorded in the Megillah (book of Esther).