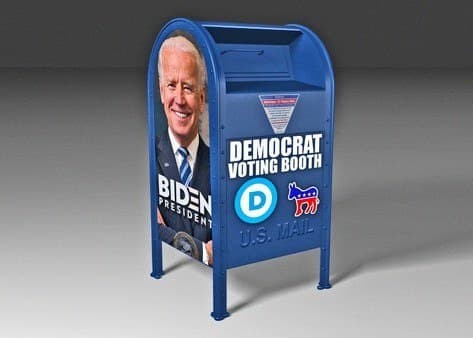 "President Trump wants every eligible voter to be able to vote, vote once, and have it counted."

Biden's early vote lead is not enough & they know it. 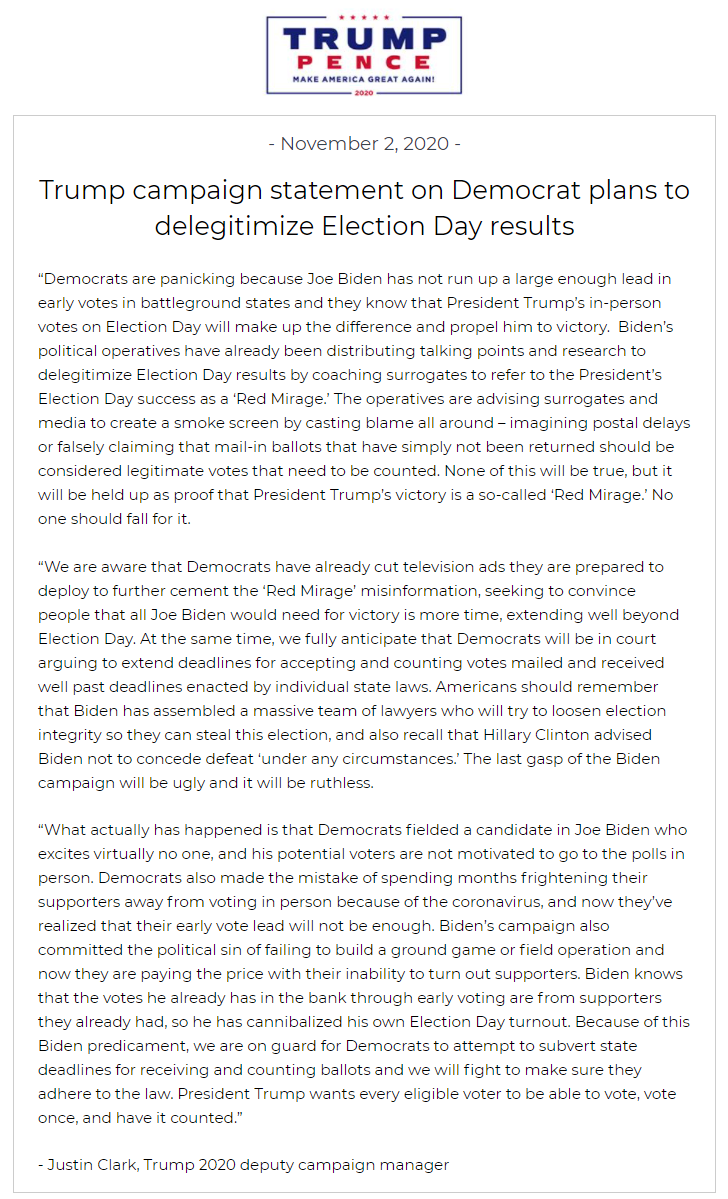 THE PRESIDENT: So, I hope everybody is having a good time. We’re doing our third stop of five. We have great crowds. The first two were extremely cold. But they’re great people, so that warmed it up.

Georgia looks like it’s — it’s in our camp all the way. Texas is beyond good. We seem to be doing well all over. And that’s not based on polls; that’s based on numbers based on early ballots. So we’re very happy with it.

And I think Michigan is plus-two; it just came out. We’re plus-two in Michigan. We are — we’re really doing incredibly well.

Does anybody have any questions?

Q Do you have a response to Biden going to Ohio tomorrow?

THE PRESIDENT: I have no idea. Look, I don’t think he’s knows too much what he’s doing. I think he’s proven that over the years. It looks like Ohio is in our camp. I won it by eight, as you know. And my people tell me we’re going to be higher this year.

Now, I don’t know if that’s going to be changed, because we’re going to go in the night of — as soon as that election is over, we’re going in with our lawyers. But we don’t want to have Pennsylvania, where you have a political governor — a very partisan guy — and we don’t want to have other states — like Nevada, where you have the head of the Democratic clubhouse as your governor. We don’t want to be in a position where he’s allowed to, every day, watch ballots come in. “Gee, if we could only find 10,000 more ballots.”

Sources indicate that the Biden Campaign is panicking

Trump's needs an overwhelming victory to avoid this. VOTE!

Tim, we have to stop the steal. Look at what the PA attorney general said today. He's predetermined outcome. Word of some Hammer system being used to change 3% of votes? I hope our justice department and DHS is going to stop it.

@politico is already running interception for Biden. "Early votes for Biden" but provide NO HARD DATA to back that statement ...

News in Philly was touting the "red mirage" all weekend....https://t.co/fxPIgtNoqf

Get ready for staged videos like this one to run rampant the next few weeks after @realDonaldTrump destroys them at the polls. Theyll try any excuse. Bins & bins, hell trucks even, of fake ass ballots will be discovered and it will go to the courts despite existing laws. Watch. https://t.co/61hzfY0uFq

Raw footage of mailroom in post office here in Miami Dade. Source revealed “mail in ballots are within these piled up in bins on the floor. Mail has been sitting for over week!.” @AmandiOnAir @PeterSchorschFL @MarcACaputo @GlennaWPLG @CNNPolitics @NewsbySmiley @realDonaldTrump pic.twitter.com/DO8jx1VUnz

Look at this fraud pic.twitter.com/VFPeXqQpPo

Can someone explain to me how the attorney general of PA knows the results of the election the day before the election itself? pic.twitter.com/bhHSMVplO8

The AG of Pennsylvania, the most pivotal state in the race, has already claimed an election result before the votes started to be counted. You gonna do anything about that? https://t.co/7pLUeNKOgd

The sitting Attorney General in PA seems very partisan while in office.