"The unconscious self is actually our human nature, our character which is hard to control, and to which all are subject who have not yet embarked on the spiritual life, the real work."

I think to get anything useful done we need to pin down our terminology more precisely. For instance, it's worthwhile to distinguish between character and personality; and saying "the unconscious is our human nature" depends on what we mean by "human nature." That's too vague to be useful in my experience.

Let's say personality consists of artificial and superficial adaptations: survival mechanisms, coping with trauma etc, synonymous with ego. Then we can say character is our "treasures laid up in heaven," the accretion of our evolved nature, areas where we've gotten it together. Primarily: learning to truly love, and learning that the only true articulation of power is through love.

We'd call the perfected state of our character, our Superconscious. The part of us that Christ, Buddha and many others acknowledge as synonymous with God, "Ye, are Gods." You both are--and are part of, Infinity. God.

Jesus nearly got stoned to death for trying to tell us that (quoting Moses), while institutionalized Christianity colludes with "science" and atheism vehemently denying and suppressing awareness of that reality. But it's a simple truth, right there in plain language. And with modest effort, verifiable within the laboratory of your expanding consciousness; while "proving it" to a being who isn't already experiencing it is like trying to teach the calculus to cubes of concrete.

With this differentiation between personality and character, we can examine the formation of the unconscious, which as Jung clarifies, also includes the collective unconscious--an ocean of consciousness most of us participate in together, yet is beyond our direct control and influence, and contains much unhappiness. I say "most of us," anticipating how completely you are going to bliss out the day you successfully detach yourself from it.

A miserable "unconscious mind" doesn't sound like something that would exist in a purely energetic existence where we are fully conscious, and don't we need to account for the subconscious as well? What about our spirit and soul?

Going at this fairly relentlessly for a few decades, clarifies that our subconscious and unconscious are fairly straightforward and non-mysterious. As we grow from one cell born of the masculine drive of a single sperm seeking to unite with the cosmos of our feminine nature in the OM of that egg in our mother's womb, we were as actively and thoroughly engaged in this stupendous quest and conquest as we are in any of our daily striving as adults--in relationships, sports, education, professions etc.

There was nothing random involved. We were both that sperm and egg as they formed in preparation for their fusion; the only sperm that contained the precise pattern for our chosen expression for this life, once united in perfection with our destined egg. We rooted for it with all that we are, all of the other billions of sperm were integral to the team effort of delivering that one little guy into his amazing accomplishment of his penetration of her, with the roar of crowds of angels going wild cheering.

We were engaged in that first cellular division of our entire universe in two, our first experience of separation, with all our might and will. Our first heartbeat shook that universe; we put everything into pulling it off--our lives did depend on it! Just like we can drive perfectly capably from home to work every morning delegating the mechanics of driving to some lower level of awareness while we plan our day, every milestone of our formation and development goes from monumental achievement to "okay, what's next?" Which growth process is supposed to go on forever, though so many forget or get lost or stuck.

Once a function is in the bag and we have it down, it slips into subconscious operation. That is the formation of the subconscious. The piano player does not think about what her fingers are doing. As layer upon layer of the magnificent creation that we are develops, hurdles like heartbeat and biochemistry get embedded deeper in the machine, at some arbitrary point transitioning from "subconscious" to "unconscious." We blink and breathe subconsciously, while delegating temperature regulation and our accomplishment of the industrial marvel of digestion to deeper layers.

That's not a problem. However there is another mechanism involved in the progression and delegation into subconscious function and then to unconscious formation. Denial. Is our mechanism for coping. An initially healthy response to some type of overload, pain, trauma etc, denial allows us to press on and get it done, getting our immediate survival needs met while side-stepping things that would otherwise overwhelm and neutralize us. So far so good. You can see where the problem starts.

Dealing with trauma requires vast knowledge and technology, and often the entire support team of healthy community. The idea that we evolved from cave-men is ludicrous. We devolved into cave-men, due to the loss of the natural support systems we seek to recreate when we build civilizations. Well, those who are evolving anyway, vs those who seek control over others (evil). Sentience and sentient beings require sophisticated support networks as a prerequisite to our existence.

Without which, trauma--having been set aside--never gets the processing it requires to heal and integrate. We lose the opportunity to heal and learn from it, learning to avoid painful mistakes (sin) and grow. It gets handled much like a pathogen or toxin our physical body can't process: it gets encapsulated and stored. Which means sinking--especially from the perception of the traumatized portions of our psyche--exactly like human slaves wrapped in chains of our own misery and making and disposed of by throwing them overboard into the sea.

In other words into the subconscious; and with diligent application of the vast finity of self-medication techniques (toxic denial), they are suppressed deeper and deeper, layering in as strata of pain in the unconscious like intricate, addictive land-mines, waiting for the proper stimulus to trigger them from the murky depths of our religion of refusing to deal with them, into full Technicolor expression, acting out the latent misery they contain in the most important parts of our lives, baffling us with their strength, tenacity, perversity, complexity and pain.

The only way to become whole, the Self-Actualized, God-Powerful Being that is the minimum for your liberation from pain and impaired function, is to reintegrate this mess. Which is difficult, but the good news is it progresses like pushing a car. At first, a big effort with no visible results, until it first starts rolling. And thereafter gaining speed, while requiring less and less effort to keep it going and accelerating and thank heaven, healing in larger and larger chunks instead of one-at-time the way they went in.

If you had any idea how unpleasant this was going to be, you would, as many people do, simply pile on the medication hoping to avoid it. Until the whole thing rebels and rises like a monster from the depths and kills you one way or another--typically some form of illness, the best ones offering years of pure hell before taking you out, requiring you to start all over again in another life maybe this time you'll get it done instead of letting it do you?

If you had any idea how vast and magnificent you are and how ridiculously blissful and powerful you are in your natural state: you would not hesitate to start digging.

Sitting on a traditional Freudian therapist's couch can get things rolling if you can find one of the rare ones who has done enough of their own healing work (while avoiding all the ones who are psychopaths like Freud), but really, that's about like rowing from New York to London in a bathtub, abandoning whatever your spirit and soul may be in a bar in Queens, paddling with a spoon. 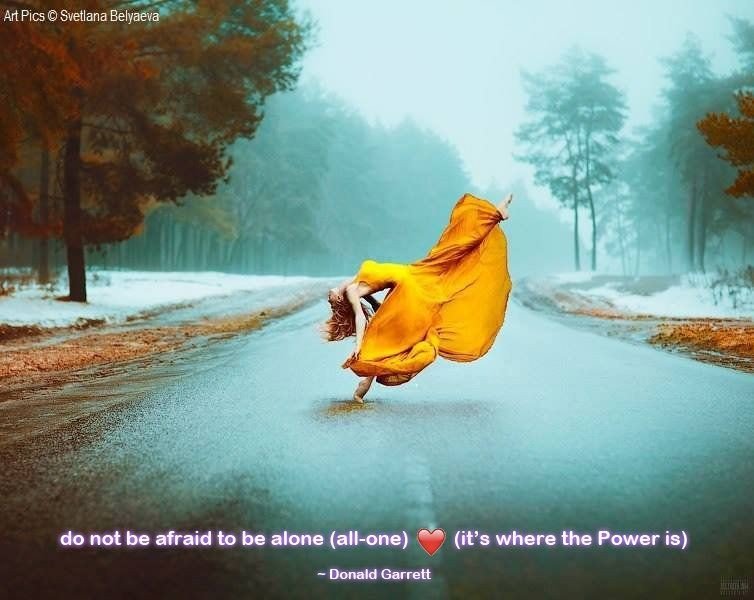 The foundation of self-esteem: is learning and accepting how vast you are, and deploying yourself to your advantage: going it alone (all-one). Which is the answer to how you could ever accomplish a task as vast as the one set before you, these last several billion years you've been hanging around and fooling around with silly diversions: vs getting this one job done.

In addition to building your support network of gifted physical and angelic beings, there are hundreds, even thousands of good books containing information vital to your quest (among millions seeking to mislead), but the task is simply too big to ever be contained within the physical universe, just as you also far exceed anything you can perceive with your physical senses.

You must begin, by baffling all of science, medicine, religion etc! How do you explain to your soon-to-be-former lover, something that not only cannot be captured by words, it by definition exceeds all time and space as its first movement?