MAGNIFICENT MERCOLA - Will You Love Your Servitude?
27 August 2021
In this Magnificent Mercola article, we have taken a peek into the Dystopian world of Aldous Huxley and George Orwell. Or, are we really taking ourselves for a ride into our current reality? You decide....
Read More MAGNIFICENT MERCOLA: Presenting The Lunch Lady
21 August 2021
In this article, straight from Dr. Mercola, we are introduced to yet another wonderful person trying to make a difference in the lives of school children in California....
Read More Making Fun of the Left is My New Favorite Pastime
26 July 2021
The left is hilarious! Let's face it; the left has become radically hilarious while attempting to convince the mainstream that the people who are regular Americans are radicals. What could be funnier than that? It's become my favorite horror show....
Read More
Font size: + –
Subscribe to this blog post Unsubscribe
Print

Making Fun of the Left is My New Favorite Pastime

The left is hilarious! Let's face it; the left has become radically hilarious while attempting to convince the mainstream that the people who are regular Americans are radicals. What could be funnier than that? It's become my favorite horror show.

'"WOW! Chocolate chocolate chip!" said President Biden as the massive frozen confection was rolled across the White House lawn up to his front door. Overcome with desire, Biden dove face-first into the cone and began to try to swallow it whole like an anaconda."

Nowhere is the there a greater example of the hilarity of that left than how they reacted to Cuban protesters protesting communism.

Even more hilarious is the left's cover for Fauci, who denies funding "Gain of Function" research even while financial evidence proves that his NIAID did fund it. The left'ss narratives include claiming that "Fauci excoriates Rand Paul." That isn't what I saw. I can see the frightened behavior and nervousness in his response. It's hilarious really. I can read his body language, can you?

We will keep watching this clown show and sharing it with you to laugh along with us at their complete lack of credibility.

What? You Mean America Wasn't the Laughing Stock during President Trump's Term? 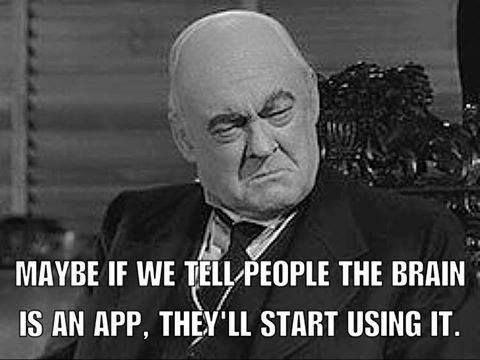 I find the left absolutely hilarious. I mean, honestly folks, you people on the left claimed that President Trump embarrassed America by his Tweets. Yet here you are standing by Biden, who can't even complete a coherent sentence when put on the spot. Uh, uh, uh, or, or, or, or, or, I, I, I really mean it... Dear Lord, you people are really hilarious!