MAGNIFICENT MERCOLA: Broken Heart Syndrome Is on the Rise In today's Magnificent Mercola, we will focus on the heart, literally.

A couple of months ago, I shared an article in my Spiritual Science series called "How to let your heart guide and heal you." Today Dr. Mercola shares more scientific information regarding how the heart and the brain are connected and what some people are experiencing, known as "Broken Heart Syndrome." I will link my article from a few months ago in the related section so that you can read both.

Smidt Heart Institute has published a study in the Journal of the American Heart Association1 in which they found cases of broken heart syndrome are increasing in middle-aged and older women, even before the pandemic. Broken heart syndrome is more than a myth or an old wives' tale. The medical term for the condition is Takotsubo cardiomyopathy (TCM) or Takotsubo syndrome (TTS).

The condition is named after a pot Japanese fishermen use to trap octopi.2 The diagnosis was first introduced in 1991 by a Japanese scientist.3 After the 1991 paper was published, doctors found several more cases in the following ten years, but the condition remained largely unrecognized outside of Eastern culture. In 2004 after the earthquake in Japan, 16 people were diagnosed with TTS.

This drew attention from scientists in the West who later named the condition broken heart syndrome in reference to those who experience the condition after the death of a loved one. After the spread of COVID-19, the prevalence of depression, anxiety, and stress and the general population rose significantly.4

A systematic review and meta-analysis of five studies including 9,074 people revealed the rise in the number of psychological disorders that impact mental health during COVID-19.5 During the U.S. Census Bureau survey in December 2020, more than 42% of Americans reported they had symptoms of anxiety or depression;6 on the other side of the world in New Zealand, depression and anxiety have exceeded population norms.7

Rising levels of stress during the pandemic also increased opioid and stimulant use precipitously.8 According to the CDC,9 deaths from drug overdoses had plateaued at 70,122 in the period ending in January 2018. After slightly dropping for a few months, the numbers began rising by November 2019, and the CDC reports the 12 months ending March 2021, there were 96,779 deaths from drug overdoses.

This is approximately a 37% rise in deaths related to drug overdoses that occurred during 2020 and 2021. The fearmongering that occurred over 2020 resulted in significant psychological, economic, and social stress on people's lives. Data showed that in addition to the mental health issues and drug overdoses during 2020, there was also a rise in the incidence of TTS, also known as stress cardiomyopathy.10

The rising number of diagnoses of broken heart syndrome during the COVID-19 pandemic may have been expected. However, recent data show the numbers were on the rise in middle-aged and older women before COVID-19 began spreading across the world.11

The data were gathered from the National Inpatient Sample database and included 135,463 documented cases. The researchers discovered that the annual incidence increased steadily across both sexes. However, women were diagnosed 88.3% of the time, especially those 50 years and older.

The increase in incidence among middle-aged men was also significant but did not carry over to older men. Interestingly, the proportion of men to women in the U.S. population at risk remained stable over the entire study period.

The researchers acknowledged the analysis was limited by dependence on the correct ICD-9 or ICD-10 diagnosis coding in hospital records. However, they believe that the number of cases documented over nearly two decades demonstrates not only an increasing incidence but:13

"… a steep increase among especially middle-aged to older women. This overall trend was disproportionate to that seen in other subgroups and appears not completely explained by improvements in clinical recognition."

Before data from this study, scientists knew that women were more prone to TTS than men. This was the first time age- and gender-based differences were identified.14 Dr. Susan Cheng is the director of research at the Smidt Heart Institute and senior scientist on study. She commented in a press release:15

"Although the global COVID-19 pandemic has posed many challenges and stressors for women, our research suggests the increase in Takotsubo diagnoses was rising well before the public health outbreak. This study further validates the vital role the heart-brain connection plays in overall health, especially for women."

What Is Broken Heart Syndrome?

People who are experiencing broken heart syndrome describe sudden heart attack-like symptoms that include chest pain and difficulty breathing. However, while a myocardial infarction happens because blocked arteries close off oxygen supply to the heart muscle, TTS is something entirely different.16

In some cases, it can be misdiagnosed as a heart attack since test results will show changes in rhythm and rising troponin levels consistent with a heart attack. But, unlike a myocardial infarction, other tests will not show blocked arteries. During TTS, the left ventricle will temporarily enlarge and does not pump enough blood. The remainder of the heart will function normally and may even contract more forcefully, trying to make up for poor function in the left ventricle.

According to the American Heart Association,17 the syndrome can lead to severe, short-term heart failure. Most will make a full recovery within several weeks. However, there is no standard treatment.18 Instead, clinicians must depend on other symptoms, such as low blood pressure or pulmonary edema, to determine treatment options. Although death is rare, continued heart failure may happen in about 20% of people.

Scientists have long suspected that TTS is associated with a brain-heart connection. One hypothesis suggests the connection between the sympathetic nervous system and how heart cells respond to stress hormones affect the ballooning of the left ventricle.19 Cheng explains the way the brain and nervous system respond to changes as women age.20 This may explain in part why TTS is more common in middle-aged and older women.

The emotional and physical triggers may be associated with psychiatric or neurological disorders.21 Typical neurological changes that are associated with a high risk for TTS include subarachnoid hemorrhages and seizure disorders. Brain alterations in the limbic system and reduced connectivity with the autonomic nervous system may also increase the risk.

Data also suggest that regions of the brain linked with emotional processing and control of heartbeat, breathing, and digestion may not communicate in the same way in people without broken heart syndrome.22,23 Study author Christian Templin, professor of cardiology at University Hospital Zurich, said in a news release:24

"For the first time, we have identified a correlation between alterations to the functional activity of specific brain regions and TTS [takotsubo cardiomyopathy], which strongly supports the idea that the brain is involved in the underlying mechanism of TTS.

"Emotional and physical stress are strongly associated with TTS, and it has been hypothesized that the overstimulation of the autonomic nervous system may lead to TTS events."

Events that have been known to trigger broken heart syndrome are:25,26

Scientists believe the link between broken heart syndrome and middle-aged and older women is the release of stress hormones that affect the heart cells during challenging events. Sometimes extreme stress is unavoidable, but managing daily stress is one way to protect your overall health from its ill effects.

In any case, if you experience chest pain after a stressful event, it's a good idea to get medical help right away to rule out a heart attack or broken heart syndrome.

One way to reduce your risk for TTS and other stress-related conditions is to help manage your stress levels and, therefore your stress hormones. Here are several strategies that can help you take control of your health and reduce stress.

SPIRITUAL SCIENCE - How to let your heart guide and heal you 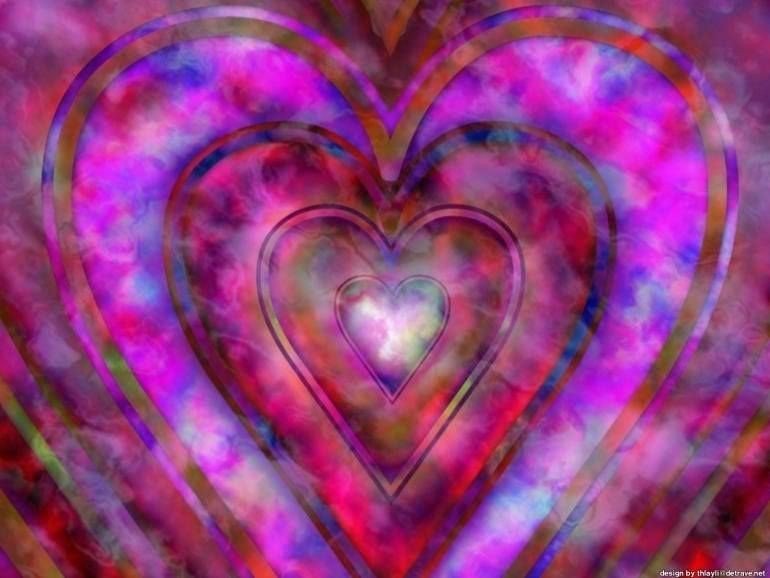 In 1991 scientists discovered that the heart contains 40,000 cells that are configured to create what amounts to a little brain inside the physical heart that thinks and feels independently of the brain. Interestingly, in every culture or religion, there is a reference made to the heart and the idea that the heart is the dwelling place of our higher mind.