Viktor observed that in all of nature, exothermic processes like combustion and decomposition, including nuclear fission, are always associated with death and destruction, and that using combustion to produce energy is exactly like burning money, rather than investing it. Following his lead, we can observe for ourselves that throughout nature, contraction, concentration are always the way living systems manage energy, starting with fusion in the sun, producing abundant energy while creating new elements in the process.

Today the Austrian forester Viktor Schauberger is considered to be a pioneer of modern water research and the holistic observation of Nature. As early as the first half of the 20th century he gave urgent warnings of the consequences of uncontrolled exploitation of the environment. As a way out he proposed a radical rethink and the development of totally new concepts of energy production, in harmony with Nature. Schauberger formulated his “C & C principle”: first one has to comprehend Nature, and then one should copy it.

The applications of his ideas and his inventions include devices for refined drinking water, spiral pipes for carrying water with reduced friction, environmentally-friendly river regulation, as well as power generation from water and air using the principle of contraction and inward vortexing.

Living Water: Viktor Schauberger and the secrets of Natural Energy

Viktor Schauberger's early appreciation of the intimate relationship between water and forest, and their dual influence upon water resource management, the landscape's health within particular precipitation areas - is undoubtedly correct. His perception of these complex and important questions of human existence was rooted in his experiences within the natural environment of temperate Austria.

Already in the 1920s he forewarned us, in speeches and articles, of the environmental crisis in which we are now caught and from which we seem to have little hope of escaping. In his lifetime he met mostly resistance and scorn, but now interest in his life and work is increasing in many parts of the world. People are impressed by this powerful character who had such a tragic destiny, and by the audacious theories with which he wanted to transform the world. 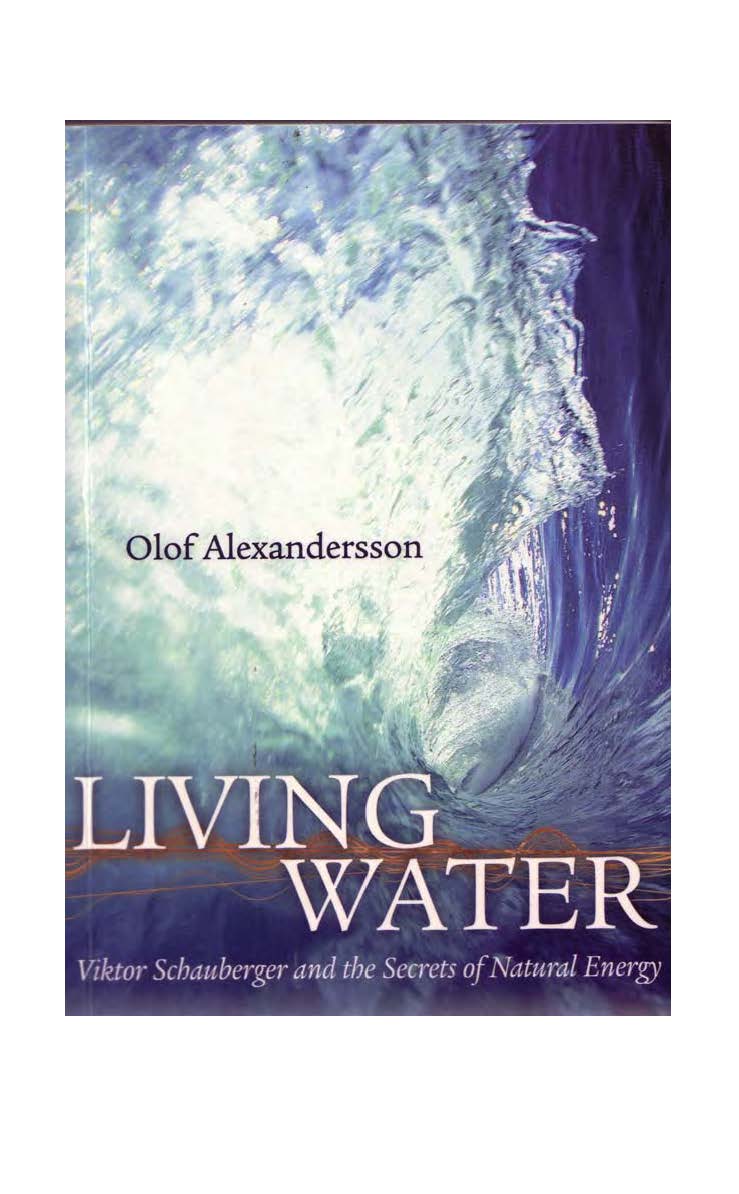