Junior JFK on Display: Is Camelot on the Way?
General
65 members
Join
View All Groups

5-PART EXPOSE: THE TRUTH ABOUT THE COVID-19 TEST & VACCINE
General
67 likes
Like Page 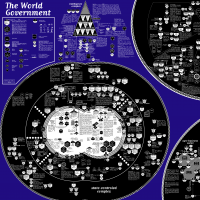 Hi Everyone! Happy Thanksgiving! I hope you'll all join Franz and the Team, contributing to the new RRM article breaking the deeper story, heralding the Beginning of The End for the globalist monsters!

This morning I worked for hours at the altar seeing what appeared to be many monsters being removed from the earth by legions of angels, when I checked my phone to see what was going on I found this! I'm calling to you here, before I return to the spiritual battle there is big work yet to be done 3

POTUS point-blank fired the leaders of the cabal at DOD, Architects of Mass Murder from the Pentagon's Defense Policy Board, including Henry Kissinger.

After 4 years of playing dumb, carefully watching the swamp creatures and taking notes, mapping the networks of treasonous freaks in our government, the so-called Deep State, T just cut off it's head(s) in one lightning move.

We need to get the good news out to the world. Please, each glorious warrior participating here, go over to MyRR (link below) and add your words of wisdom to this article, tying together an overview of the history, with ongoing events. Connecting the dots for the Newly Awakening.

We've created the MyRR Group "Kicking Kissinger and the Clan of Creeps - Trumping the Globalist "Reset," to assemble the essential pieces--time to dust off the decades of knowledge you have gathered watching the freakshow, and contribute some gems!

Put your rough drafts, photos and memes as posts in the group: Make a separate post for each topic you'd like to cover, and we'll assemble the article with everyone's participation 3

SCOPE: Please keep this focused on the current activities we are seeing, for example: We've been battling "aliens" for 30 years, however, it's been nearly 4 years since we've seen any significant numbers of them, humanity obviously defeated Jade Helm, Project Bluebeam etc, and similar topics which would only frighten and confuse the gentle peeps.

We want to tie together the 3 components of the satanist's anti-trinity, the Pentagon, which is not itself inherently evil though it is infested, London Bankerfreaks and the Vatican, showing it's true colors including the globalist pedo pope.

Think of it this way: Don't include wording in the article, that would prevent President Trump from tweeting a link to it. If we say it in understated terms of statesmanship, it won't bounce off the normie's heads so hard, and who knows, if we do a good enough job, maybe POTUS will tweet it!
More
Members