July 10 will mark the 165th birthday of Nikola Tesla, 26 days after Donald John Trump's 75th birthday who's uncle John was a business partner of Tesla's. Nikola said science was the great uniter. Every year at his birthday, instead of seeking to receive birthday gifts, Nikola would present the world with a new invention of his which helped to improve life on earth.

Nikola Tesla was born July 10, 1856 of Serbian parents in an area of the Austrian Empire that is now known as Croatia. He emigrated to the United States in 1884 via a grant underwritten by none other than Thomas Edison, who had heard of his scientific genius and hoped to capitalize upon it.

In short order it became clear that the quality of Nikola Tesla's innovations surpassed Edison's. They worked better, cleaner and more practically then his employer's, which goes against the New World Order (NWO) agenda to enslave the masses with bulky, costly inefficient energy sources. Therefore in true globalist fashion once Tesla left Edison due to 'creative differences,' Edison proceeded to make false claims about the safety of Tesla's invention as opposed to his own. Using lies, twisted scare tactics and falsified science, Edison forged a campaign to ruin Tesla's reputation as a scientist.

Tesla's interest in automata dates back to his childhood. As a boy, he suffered from nightmares that he overcame by developing his willpower. Struck by the fact that the frightening visions were often the result of some external stimuli that he could identify, Tesla concluded that all thoughts and emotions were the result of outside factors and that the human organism was no more than a "self-propelling machine, the motions of which are governed by impressions received through the eye." His efforts to understand and control his intense visions, as he explained in his autobiography, "led me finally to recognize that I was but an automaton devoid of free will in thought and action and merely responsible to the forces of the environment." But if he were merely an automaton, wondered Tesla, why not build one as well?

According to Juan O Savin in an interview with YouTube vlogger Tom "Numbers" on June 29, 2021, it is not known to many people that Tesla gave a "gift" to humanity every year on his birthday. Tesla's quiet round-the-clock work ethic is legendary. He also chose to work by himself and live without a social life or even a family. It seems he was content having the mind of God as his partner.

"I have harnessed the cosmic rays and caused them to operate a motive device. Cosmic ray investigation is a subject that is very close to me. I was the first to discover these rays and I naturally feel toward them as I would toward my own flesh and blood. I have advanced a theory of the cosmic rays and at every step of my investigations I have found it completely justified. The attractive features of the cosmic rays is their constancy. They shower down on us throughout the whole 24 hours, and if a plant is developed to use their power it will not require devices for storing energy as would be necessary with devices using wind, tide or sunlight. All of my investigations seem to point to the conclusion that they are small particles, each carrying so small a charge that we are justified in calling them neutrons. They move with great velocity, exceeding that of light. More than 25 years ago I began my efforts to harness the cosmic rays and I can now state that I have succeeded in operating a motive device by means of them. I will tell you in the most general way, the cosmic ray ionizes the air, setting free many charges ions and electrons. These charges are captured in a condenser which is made to discharge through the circuit of the motor. I have hopes of building my motor on a large scale, but circumstances have not been favorable to carrying out my plan.."

FOR TESLA IT WASN'T ABOUT MONEY OR FAME

He had a heart to serve others. He did not care about recognition or an inflated bank account, which made it easy for greedy men like Edison and Westinghouse to prey upon his generosity and take advantage of him.

Tesla ended up being swindled out of, selling or giving away many of his ideas and patents. But there is one idea he never gave away nor stopped developing. For over 25 years he worked on creating the ultimate free energy source, patenting a prototype early on that could deliver on his theory.

Studying Nikola Tesla lead me to learn more about polyphasic sleep and personality disorders. Tesla was a very interesting character. Based on what I have learned, I would very much agree with Dr. Piotr Wozniak's thoughts on Nikola Tesla. There were probably of times that Tesla went for days only taking short naps each day, but they were probably followed by periods of "crash and burn" sleep. In this sense it was not true polyphasic sleep.

There are different schools of thought on the methods, but experiments show that successful polyphasic sleep requires discipline. Your sleep times and nap times need to be consistent, so your body develops a rhythm to your sleep and awake cycles.

Most people think that polyphasic sleep means you only sleep two or three hours a day. Not exactly. There have been various studies and experiments done on polyphasic sleep. You sleep less in total, and the theory is that by sleeping less overall, you are more productive. You have a "core sleep" of two to three hours but you have three short naps during each 24-hour time period.

THE TESLA DYNAMIC THEORY OF GRAVITY

In his 1938 lecture July 10th, Tesla said he was progressing with the work, and hoped to give the theory to the world "very soon." It was clearly his intent to "give it to the world" as soon as he had completed his secret developments. There were "two great discoveries" to which Tesla referred:

1. The Dynamic Theory of Gravity assumed a field of force which accounts for the motions of bodies in space. Assumption of this field of force dispenses with the concept of space curvature (Einstein). The ether has an indispensable function in the phenomena of universal gravity, inertia, momentum, and movement of heavenly bodies, as well as all atomic and molecular matter.

2. Environmental Energy – the discovery of a new physical truth: there is no energy in matter other than that received from the environment. The usual Tesla birthday announcement – on his 79th birthday (1935) – Tesla made a brief reference to the theory saying it applies to molecules and atoms as well as to the largest heavenly bodies, and to "...all matter in the universe in any phase of its existence from its very formation to its ultimate disintegration".

WHAT DID UNCLE JOHN TELL HIS NEPHEW DONALD JOHN TRUMP ABOUT NIKOLA TESLA? 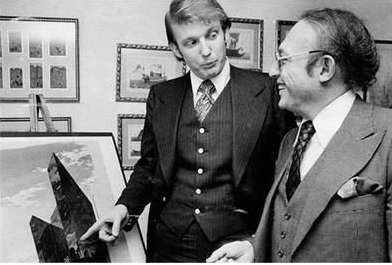 Future President of the United States at age 23 with his Uncle Dr. John Trump - Stable Genius runs in the family

Trump mentioned his uncle in a 1984 New York Times profile in which he said that they first began to talk about physics and nuclear disarmament fifteen years earlier. Donald was around 23 at the time and had a year earlier (May 1968) graduated from Wharton School of the University of Pennsylvania with a Bachelor of Science in economics.

There are two actions taken by Trump during and after his Presidential inauguration that suggest that Tesla's inventions and the Roswell UFO crash were among the subjects he and his uncle had privately discussed.
During his inauguration speech, President Trump said:

"We stand at the birth of a new millennium, ready to unlock the mysteries of space, to free the earth from the miseries of disease, and to harness the energies, industries and technologies of tomorrow."
Trump is here clearly alluding to some revolutionary technologies that his administration plans to release, which will transform the health, transportation and space industries.
He issued a Top Secret Memorandum a day or so after his inauguration speech dealing with such revolutionary technologies, according to secret space program insider Corey Goode whose testimony has featured in the best selling documentary, Above Majestic. Essentially, Trump demanded that the intelligence community revoke their secrecy orders on a thousand of the then 5,680 patent applications that were being held up. He allegedly told them to do so within a two-year period.

"It's quite possible that some of the confiscated Tesla's papers included patent applications that would be among those that had been held up by the intelligence community, and perhaps even include his alleged flying saucer device that would be remotely powered by a worldwide wireless system. According to the Federation of American Scientists, the number of patent applications held up by secrecy orders had increased to 5,784 by the end of 2017.
If Trump had issued such a Memorandum, there is yet no sign it is being put into practice by the intelligence community. This may be due to the intense behind the scenes battle between the Trump administration and the Deep State.
The second action suggesting his uncle had told him about Tesla's inventions and the Roswell crash concerns President Trump's proposal for a Space Force, despite objections by Congress and even the US military. His proposal may well be driven by his knowledge that flying saucer technologies incorporating high voltage radiation and Van de Graaff machines found at Roswell, which his Uncle John had confidentially told him about, had been secretly developed and built decades ago for one or more secret space programs.

"The idea that Trump knows of secret space programs and extraterrestrial life is strengthened by recent posts by the military intelligence group working with his administration, Q and the Anons, confirming their reality. Most importantly, Q was signaling that the Trump administration has a full disclosure agenda.

"Trump's desire for a Space Force appears to be part of a plan to wrest control of information concerning secret space programs and extraterrestrial life, away from the Deep State and transnational corporations. If Trump succeeds in his plan to empower the Office of the President of United States to run such highly classified programs, (now working directly with them as "Commander in Chief") then the revolutionary changes promised in his inauguration speech, may not be too far away at all. 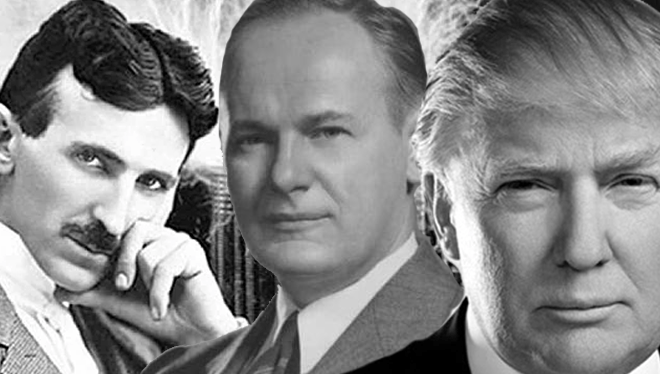 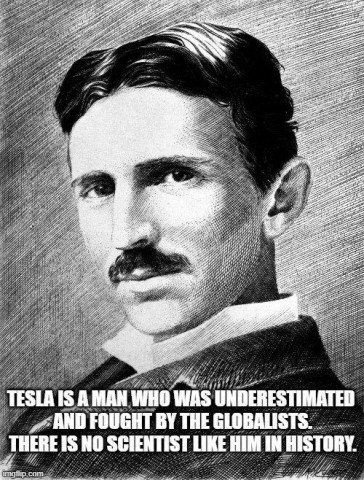