Before indulging in speculation concerning election reform, including changes which can dissolve vote count shenanigans, let us slow down a moment to answer the first question, giving thought to 'Where Are We Now' with the 2020 Presidential election plethora of evolving corruption discoveries.

It has become evident that election outcome tampering is prevalent on a much larger scale then has ever before been uncovered in the United States.

1.) We are learning that some states' election and voting processes are ripe for election fraud. There are verified reports of unsanctioned mail-in balloting, fraudulent ballot-harvesting and election roll fakery, as well as unexplained 'rigged' voter machine 'glitches.'

2.) We are learning that many local and state implemented ballot counting systems have major 'flaws,' allowing voter choices on ballots to be maliciously changed or totally discounted.

3.) And just as important, we are learning that there are specific individuals, in charge of election organizing and ballot counting systems, who can be traced back to where proven unfair and dishonest practices have taken place.

Discovering WHO is allowing the fraud to occur is as important as knowing HOW it has been allowed to occur.

Irregularities began in the evening of election day, November 3rd, as many candidates, political pundits and the American audience at large witnessed an unusual turn in the voting returns.
The vote count was swinging toward a massive Red Wave by early evening, then suddenly crashed on the shores of a left biased fake-main stream media island. Over the next few hours, then days, the Red Wave continued to turn suspiciously blue for the presidential outcome as well as for Republican candidates who had been well ahead in their particular races just hours before. That is when millions of people became alarmed.

The outcry over how the count was being manipulated made social media and news headlines.

All of this comes amidst multiple verified claims of fraudulent actions in several key states, like Michigan, substantiated by massive evidence, including video, audio and written proof.

RNC Chairwoman Ronna McDaniel presented 131 sworn affidavits along with 2,800 incident reports of voter fraud in Michigan and the media is still asking where's the evidence lol

The 2020 presidential election has many legal challenges going forward. As the feds investigate, legal battles will continue to mount. Yes my friends, this means it will be taken to the highest court in our land, the Supreme Court Of The United States.

NOW to the second question which begs our attention: Where Do We Go From Here?

What can be done to regain trust and transparency in our election process going forward? How can I, YOU, and everyone who legally has the right to vote in the United States, be assured our next vote will count?

Voting does not need to be complicated, it just needs to be unhampered by criminal activity.

Voting does not need to be complicated, it just needs to be unhampered by criminal activity.
We have the technology.
Corrupt people commit vote fraud and corrupt elections.
The correct technology can mitigate that problem by taking human corruption out of voting, giving the individual full control of their voting privacy and the confidence that their legal vote will be counted correctly.
Blockchain Voting may be that technology.

Blockchain Voting follows the simple idea that voting by internet can be just as secure as internet banking with the same proper safeguards.

A Simple Definition of Blockchain at followmyvote.com:

"A blockchain is an audit trail for a database which is managed by a network of computers where no single computer is responsible for storing or maintaining the database, and any computer may enter or leave this network at any time without jeopardizing the integrity or availability of the database. Any computer can rebuild the database from scratch by downloading the blockchain and processing the audit trail."
There are several countries developing blockchain voting applications per cointelgraph.com. Japan has announced their technology is getting close to meeting safe secure protocols for actual use, while Russia and France have already taken their blockchain voting platforms on a real test drive and had positive results.
Therefore it is not surprising that a quiet move has been made by our own United States Postal Service to secure a patent for a combined Blockchain/mail-in voting system. Below is Page 1 of a 47 page US Patent Application dated August 13, 2020 as shown on the United States Patent and Trademark Office (uspto.gov) website:

( full application can be viewed here )

This type of voting is a big step away from traditional in-person voting using voter ID. Yet, as we have been witness to, our current voting system is sorely broken. Currently our election process is not just in need of repair, but in dire need of a total overhaul!

Election reform can be put into action nationwide without antiquated bulky machines or yet another electioneering committee meeting. All that needs to be done is to USE the advanced qualities of technology we already have at our smartphone fingertips!

Our lives are filled with technological breakthroughs. From online banking, to the mini computers in our pocket. We the People have been advancing for decades into a world that can and should use the brightest minds available to build integrity infused technologies dedicated to creating safe, secure and fair elections.

It is time to move forward.

Learn about Blockchain Technology and its role in keeping online voting platforms like ours accurate & secure.
https://followmyvote.com/blockchain-technology/ 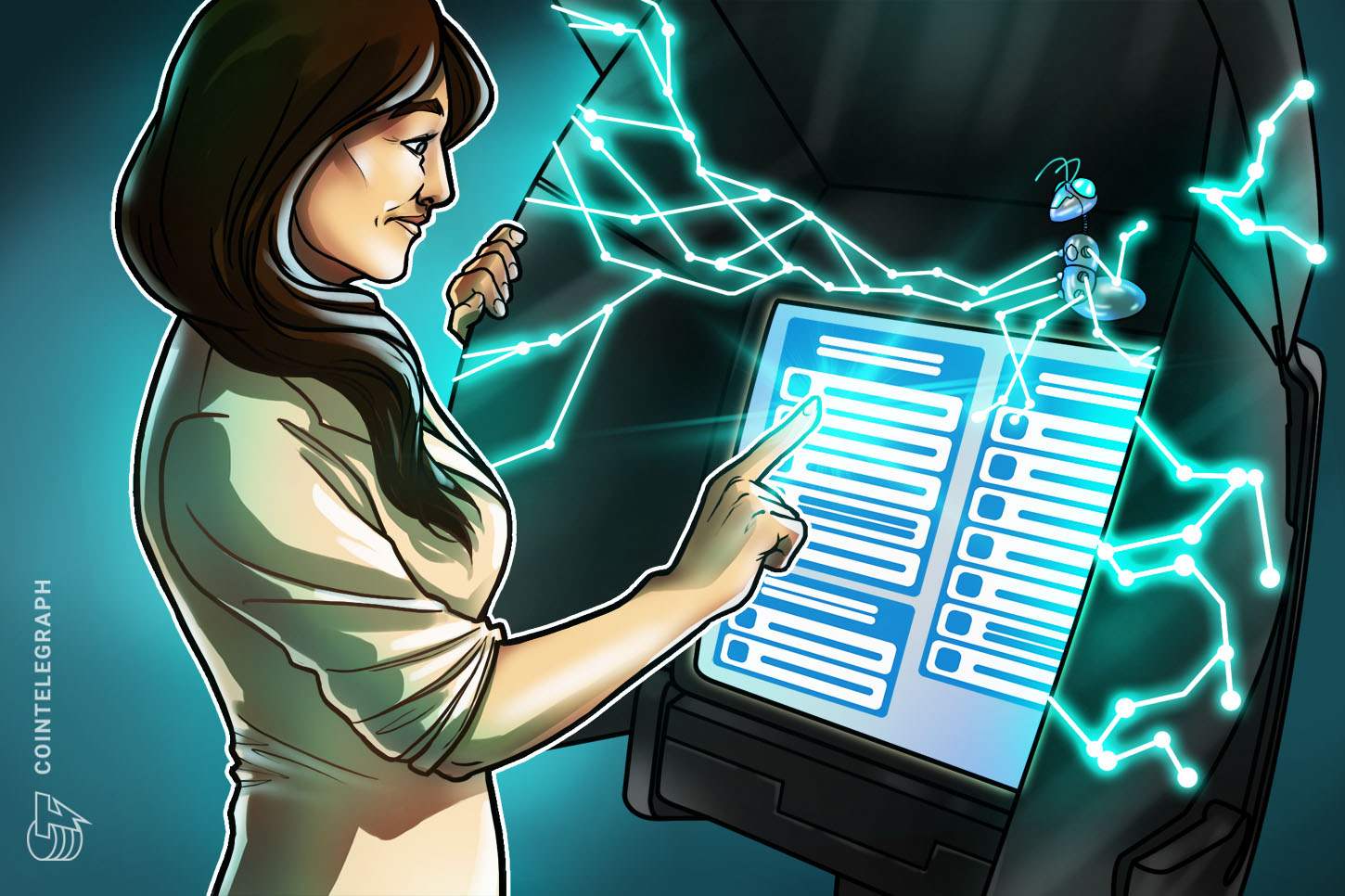 Learn how Japan and other countries are developing blockchain voting technology.
https://cointelegraph.com/news/japanese-firm-layer-x-labs-develops-blockchain-based-e-voting-protocol

We need only sit back and watch; but I ask more from those of you who know what is at stake. Let us come together and serve, as one, to usher in a brilliant new golden age built on the foundation of our LOVE for one another. Do not allow hate to enter even when it is thrown in your face. Remember many great citizens of America and the world still do not know that it is hate and anger that fuels our enemy and thus fools them into hating where there is no basis for it.
https://rubyraymedia.com/index.php/top-stories/landslide2020-view-all-articles/this-is-far-from-over-1