People have been talking about devolution for some months now, in context of what Trump is doing to save America. We've not written too much about it, satisfied that our coverage of the greatest sting operation in world history would suffice to explain the transition from a captured America and world, to an America made great and a #WorldOfUnityWorldOfWonder. However, devolution is a topic that has been very well developed now, especially by one hard-working and sharply perceptive commentator calling himself Patel Patriot.

"I've said before that if you understand who Donald Trump is as a person and who he was as a President in his first term, then nothing makes sense about him walking away from an obviously stolen election. If he knew there was going to be fraud, then Donald Trump would have been derelict in his duties as President of the United States and Commander in Chief of our armed forces to let them get away with it. I think that statement tells us that President Trump didn't let them get away with it. He took full advantage of his authorities (War Powers & PEADs) related to risk and preparedness frameworks (Continuity of Government). I believe the FMR EO and the Strategy are the innovative approach mentioned and I'll show you soon what I think that approach is exactly."

We're not making light of the fact that there is a full-scale war on for your mind in this transition. We've recognized that the loser parasites taking this invasive war to us have embedded themselves like vampires into humanity's very DNA over thousands of years, in a kind of engineered demon possession; and as the story goes, the vampire cannot cross your threshold without first being invited, so our karma for that is real and it needs to be accounted for and balanced. Reading and understanding the Book of Genesis gets us started.

In that regard, it's been our happy observation that mankind's consciousness is rising fast to heaven, accountability is becoming cool, and the kind of leadership that is emerging from this revolution in higher consciousness is now capable of leading mankind to the Higher Way. As to who will make it safely to the Higher Ground, it really is entirely up to you, it always has been.

Governor-elect @GlennYoungkin delivered a major win for Republicans and for Virginians. Looking forward to working with him to champion American values. #WonWithGlenn

From Merriam-Webster online: "transference (as of rights, powers, property, or responsibility) to anotherespecially : the surrender of powers to local authorities by a central government"

From Center for the Study of Federalism (CSF): " "Devolution" is a widely used term that lacks a precise definition and is often used interchangeably with "decentralization." Decentralization, however, entails explicit transfers of decision-making authority that are limited to specific programs or functions. Such transfers from a central or higher-level entity to subordinate field, regional, and/or local entities do not ordinarily give the subordinate entities rights of autonomous self-government. Decentralization also implies that the central or higher-level entity can unilaterally recentralize authority.

In this episode of "Making Sense of the Madness" Sean Morgan interviews Patel Patriot about his latest article in the Devolution Series. In this interview, Patel shares visuals and explains the executive order that delegated authority to Trump's inner circle. This inner circle went on to found agencies after the Trump Term that are eerily similar to government agencies. 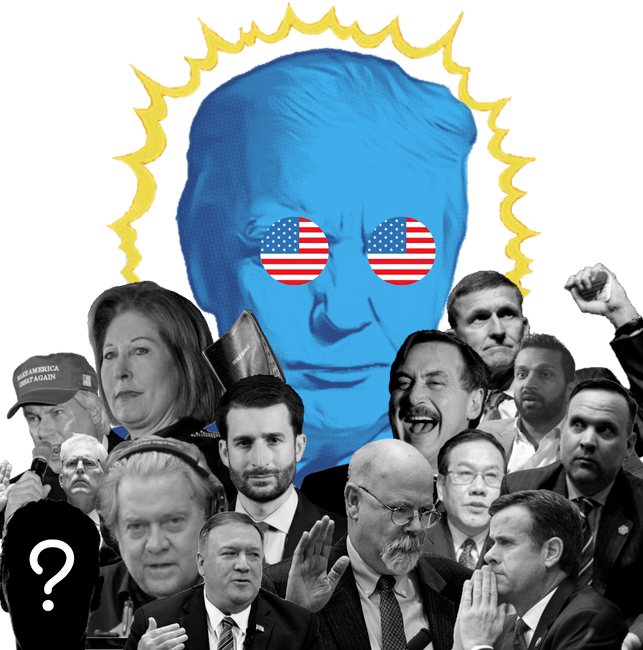 Devolution Part 1 - How did we get here?

"On January 20th, 2021, President Donald Trump delivered his final speech at Joint Base Andrews before boarding Air Force One, leaving the Presidency and the fate of America in the corrupt hands of Joe Biden and his handlers. Like many, I was devastated and even more so, I was confused. It was obvious that the election of 2020 was rife with fraud even though the mainstream media has been diligent in emphasizing that it was the most secure election in history and that Joe Biden is the most popular "president" in history.

"None of this added up. As I'll show you in this series, Trump knew that the political establishment was using Covid-19 and the resulting push for mail-in ballots to cheat on a massive scale. Was Trump really going to let them get away with it? Was Trump going to allow America to fail without putting up a real fight? Did Trump just walk away after having his second term so obviously stolen from him?

"The answer to these questions has now become clear, and that answer is a resounding "NO!" "

"This article will outline one of Trump's key executive orders that I truly believe spells out that we are no doubt in the middle of some sort of Continuity of Government plan that I believe to be a plan of devolution. I briefly touched on this executive order in Devolution - Part 3, but it deserves its own article and detailed breakdown.

"I've said many times throughout my series that we need to start thinking bigger. I always thought I was thinking bigger but researching for this article led me to the realization I was wrong. I've spent a majority of my series focused on the Department of Defense and the military, and they still are very important to what is unfolding, but devolution is much bigger than just the DoD and the military. Just how much bigger?

The commentator and blog author, 'Patel Patriot' gave his first public speech before a live audience at the Patriot Double Down - For God and Country in Las Vegas in October of 2021.

Patel writes: "This was my first ever public speaking gig! I enjoyed being able to spread the Devolution story at the Patriot Double Down event. Don't forget you can find my series on my website. Devolution.link "

Highlights: President Trump's Remarks at the NRCC's Countdown to the Majority Event

Highlights: Countdown to the Majority Remarks 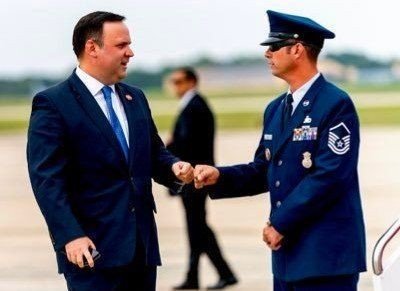 There's a lot of talk about Trump "coming back" - and not just in time for the upcoming national elections of 2022 and 2024 either. That wouldn't fix anything, would it? The massive sting operation that was - and is - the hugely fraudulent November 3, 2020 election must be brought to its conclusion and the results revealed to the whole public, not just to people like us who follow this stuff closely and who know that 8 out of 10 votes cast on Nov 3 were actually for Donald J. Trump. That means that a lot of people are going to be arrested, some will even be executed for treason.

EDITOR'S NOTE - BONUS in this article: a brilliant talk about America's Near Death Experience (NDE) by Juan O Savin with Nino Rodriguez that took place on May 25. This includes a written summary. Find out about the NDEs experienced by the great actor Jim Caviezel, the famed author and speaker Dannion Brinkley, and the eminent Father Andre who exorcized the Obama demons from the White House for the Trump family! And, how they were all brought together with Juan O Savin for a very special purpose in this most auspicious moment of mankind's destiny! 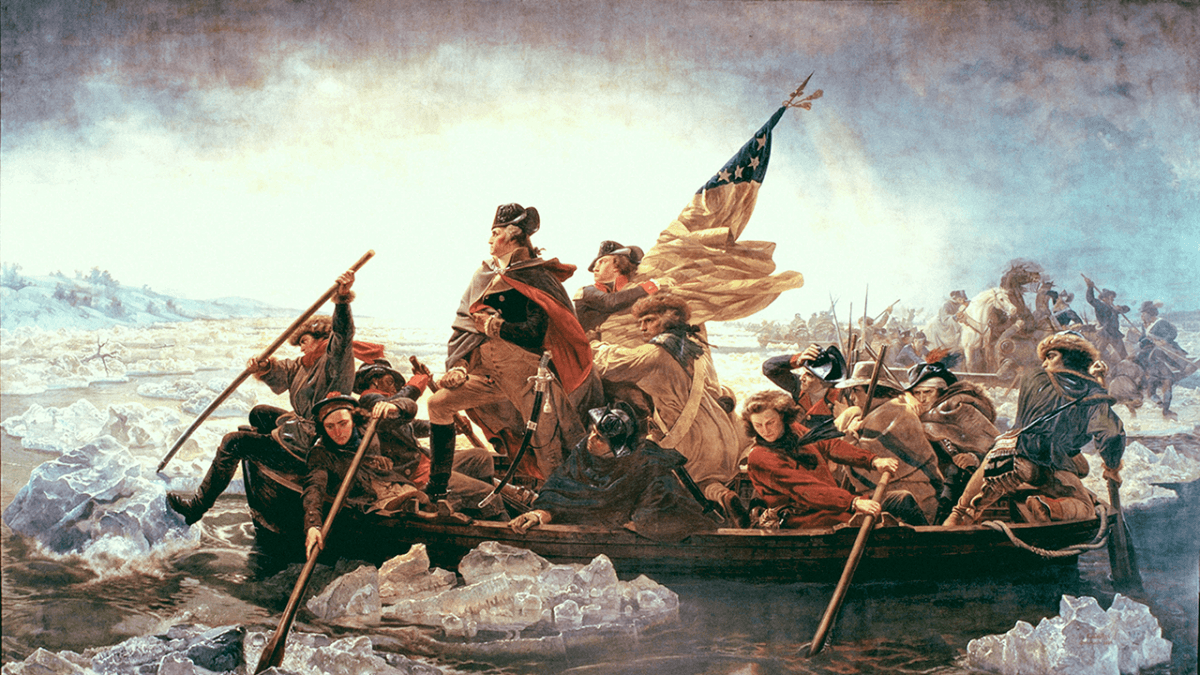